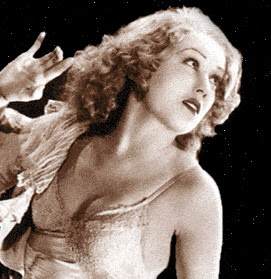 Frako Loden is a film writer who contributes to the SF Weekly and the East Bay Express. We've been friends for quite some time now through The WELL and have spent many wonderful afternoons and evenings together at the Castro Theatre. Here are some of her favorite memories/tips off the top of her head.

* * *
The filmfest receptions in the mezzanine. Watching a meatball roll off my plate onto someone's lap.

The night that Fay Wray and her entourage stole our seats in the third row.

Walking backwards up the aisle toward the door, eyes still on the screen, because I had to pee and couldn't stand it any longer.

The morning I took Japanese film narrator Midori Sawato with a TV camera crew to prepare for her performance at the Castro during the San Francisco Silent Film Festival. I was already proud of the Castro, but her admiration took me to a new level of awe.

Elaborately hiding the bagel sandwiches we snuck in. It took us years to realize that nobody was monitoring us.

All the great conversations I've had in the bathroom line with women, and the rare bold man who felt entitled to wait among us for the handicapped bathroom.

The night we realized that an empty cup stuffed in the cup holder would hold a bottle of water, which would fall through if left there by itself. A handkerchief folded just so would do the same thing. Hey, it was a great advance in our moviegoing life.
Posted by Michael Guillen at 8/06/2007 09:59:00 AM