When my Evening Class cohort Michael Hawley mentioned to me that he has collected the Castro Theatre calendars since the mid-70s, my jaw hit the floor and I realized that a West Coast edition of Cinemania (2002) is long overdue. Until then, he offers five of his favorite film experiences at the Castro Theatre. 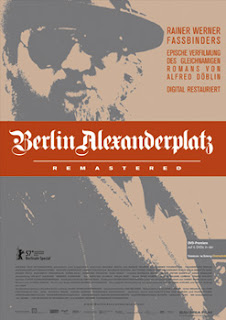 The original Castro flyer for this milestone said it best: "THE EVENT THAT IS SHAKING THE CINEMA WORLD … 15 hours of love, betrayal, decadence, seduction, murder, innocence, suspense. The world of Germany on the brink of Apocalypse. Rainer Werner Fassbinder's epic Berlin Alexanderplatz." Where were you on the weekend of October 22 and 23 in 1983? I was sitting in the right-hand section of the Castro, chain-smoking my way through the wonderful, horrible life of Franz Biberkopf. By the time we reached the sixth of its 15 episodes, my friends and I were stridently crooning along with the opening theme music as we proceeded to scale what Andrew Sarris had crowned "the Mount Everest of Modern Cinema."
The Girl Can't Help It 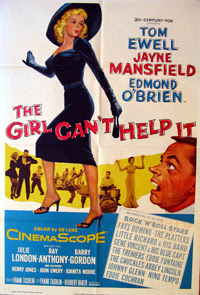 Cigarettes weren't the only thing one was permitted to light up in the right hand smoking section. Out of many such evenings back in the day, I mostly fondly remember one Friday in the early 80's with my friends Wendy and Tom. We had come to witness The Attack of the 50-Foot Big-Breasted Ja(y)nes … Miss Mansfield and Miss Russell, that is (the co-feature was Gentlemen Prefer Blondes) and were dragged screaming into the fabulous world of Cinemascope with Color by DeLuxe. Real life has been a great disappointment ever since.
The Adventures of Priscilla, Queen of the Desert 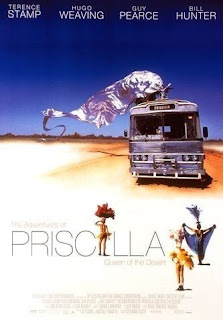 People still wax rhapsodic about the 1984 world premiere of Jonathan Demme's Stop Making Sense at the Castro. Yes, it was a gas. But my favorite Castro world preem remains this film's May 8, 1994 debut at the San Francisco International Film Festival. Priscilla, unlike the Talking Heads, was a completely unknown entity, and what a thrill it was to be in that audience discovering something with Cultural Touchstone Potential written all over it. The evening also provided one of my favorite memories of former Frameline Director Mark Finch, who came up to the Castro stage and declared to the packed house, "I want to thank you for proving that San Francisco is NOT some kind of Cow Town and that people WILL come out to see a movie at 10:30 on a Sunday night!" Mark is no longer with us, and neither is my friend Costas who was also there … two more reasons why I especially cherish the memory of this night.
Sea of Roses (Mar de Rosas) 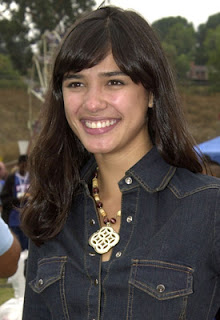 The late seventies saw a number of Brazilian films achieve commercial and artistic success here in the US, inspiring a Cinema Brasil festival at the Castro in June of 1981. On opening night, a samba band played on a street stage in front of the theater and Sonia Braga made a personal appearance. On the second night, June 11, I saw what would be the most savagely absurd, blackest of black comedies I would ever see in my life. Ana Carolina's Sea of Roses is a metaphor-laden road movie in which a monstrous girl plays increasingly violent practical jokes on her mother and the people they encounter en route to nowhere. Many in the audience couldn't hack it, and walk-outs were plenty. I, however, laughed myself sick and was subjected to much self-righteous tongue-clucking. I returned for a second screening several nights later with someone I'd been dating. And that, as they say, was the end of that.
Creature From the Black Lagoon 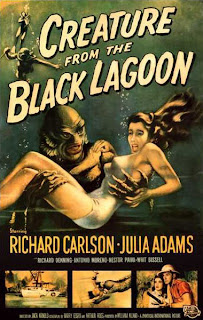 In 1953 my mother, who was then pregnant with me, went to see House of Wax in 3D at a theater in Trenton, New Jersey. Apparently I kicked like a kangaroo through the whole thing, and friends will tell you in confidence that particular prenatal experience explains a lot about me. It was in that spirit that I went to see the Creature Trilogy at the Castro's Dual System 3D Series last fall. This was 3D as it was meant to be seen: two projectors simultaneously running overlapping left and right eye versions of the same movie, while wearing polarized glasses. I was absolutely stunned by the clarity of these three dimensional images from a half century ago, in both the original 1954 film and its 1955 sequel Revenge of the Creature (I didn't stick around for the non-3D, digital projection of 1956's Creature Walks Among Us). Rendering the evening even more glorious were the on-stage personal appearances by actors Julie Adams (the screaming ingenue) and Ben Chapman (the Creature).
Posted by Michael Guillen at 8/05/2007 05:15:00 PM