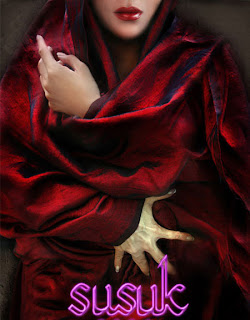 My repeated reliance on Hou Hsiao-hsien's Rouge seminar address "In Search of New Genres and Directions for Asian Cinema" belies not so much laziness on my part as the fact that Hsiao-hsien's suggestion of the potential values (and pitfalls) of using "local elements … firmly rooted in local culture"—specifically when creating horror genre films—remains not only salient advice for East Asian and Southeast Asian filmmakers but a great handle for understanding genre films emerging from these foreign territories. If said genre films can draw upon the culturally-specific wealth of their respective countries in combination with an expression of national anxieties, then you have the makings of an authentic piece of horror genre that might meet an effective U.S. reception. 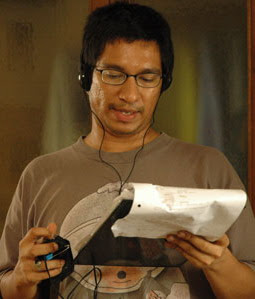 This is the precarious challenge successfully endeavored by Malaysian filmmaker Amir Muhammad with his long-awaited "horror musical" Susuk (co-directed with Naeim Ghalili, from an original story by Rajesh Nair). As far as I'm concerned, any film coming from the acerbic articulate vision of Amir Muhammad is a cause for celebration and I am flattered beyond belief that Amir forwarded a copy of Susuk for my review. Amir remains one of my favorite filmmakers—let alone personalities—since we met some years back at the San Francisco International Film Festival. His wit is as sharp as a keris. With Amir, truth definitely is often said in jest. When we first spoke about Susuk and why he elected to take on the horror genre, he asserted: "It wasn't my idea to do a horror film. I was approached by the production company. 'I've never been so insulted in my life!' I said. But actually, I have: all my other movies had been 'festival favorites', which is a euphemism for 'flop.' So I figured on laughing to the bank for a change. Susuk is a practice in Indonesia and Malaysia. Since it's unIslamic, of course it's taboo. No other local film had been made on it. So it fit well with my motto: It's not important to be the best, but it's important to be the first." 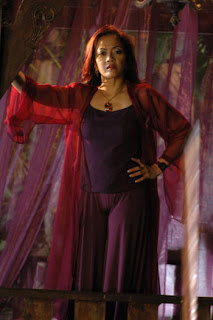 At the film's official website, susuk is given two definitions. First, as a "form; shape; frame" and, secondly, as "the forbidden practice of inserting and embedding foreign objects such as gold, silver, and diamonds under a person's skin in order to increase the person's allure." The wearer is warned that they will have to respect a few taboos for this magical spell to work—you can't cross water for example (making bridges sites of liminal horror)—failing which, the consequences will be dire. "There is also a dangerous variant called susuk keramat which most likely is no longer practiced today." 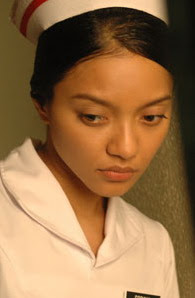 The site likewise provides the following synopsis: "Beauty has a price. Soraya (Diana Rafar) is a young trainee nurse who is starting to feel disaffected by her life. A chance introduction to the world of glamour piques her earlier ambition to be a star. She does not succeed at first, but she is told that the forbidden practice of susuk can help. She has to make a choice whether to stay the way she is, or cross the line.... Meanwhile, Suzana (Ida Nerina) is a prominent diva with an air of mystery. She has long been a practitioner of the black arts due to her use of the extreme susuk keramat. Every time she violates a taboo, a human life is required. We follow the eventful lives of these two women until we get to the true secret of this dreaded charm." Less horror than effective satire of the shameful pitfalls of ambition and fame, Susuk achieves a weird temporal alterity with its examination of this ancient haraam practice of charm needles. There are a few jolts along the way—and I will forever be suspicious of chickens from hereon in (the answer to the proverbial question "why did the chicken cross the road" has now become "to scare the crap out of you")—but, Susuk succeeds primarily for its admirably high production value, and its crooning musical numbers, which hopefully promises more features (music videos?) from the warped and brilliant mind of Amir Muhammad. I'm not sure if I was supposed to, but I found the final choreographed ritual sequence hysterically funny for its entertaining blend of pop culture and black arts practice. As only he can, Amir cleverly dalliances with Islamic taboos. I'll be quite interested to read how this film plays on Malaysian soil, whether it will be censored like Amir's previous films, and how it will translate to North American audiences. 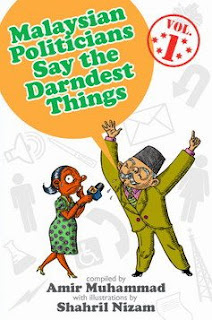 Along with the screener of Susuk, Amir Muhammad forwarded his Malaysian best-seller Malaysian Politicians Say the Darndest Things (with illustrations by Shahril Nizam), which I read in one burst of gut-groaning hilarity. Published by Matahari Books—set up in 2007 by Amir Muhammad to publish non-fiction about Malaysia—Malaysian Politicians Say the Darndest Things is already in its third edition. As Matahari Books succinctly synopsizes: "The species called the Malaysian politician often gets in the news, but sometimes not for the right reasons. Malaysian Politicians Say the Darndest Things is a collection of over 100 quotes that span almost three decades. There are things that make you go hmmm, things that make you go gaga, and things that give you a refreshingly pithy introduction to several issues of their time. It is a jaunty stroll through contemporary Malaysian culture, society and (of course) politics. We are sure there is more to come, which is why this is only Vol. 1." I can hardly wait for Volume 2!

The collection of quotes was inspired by the following comment about bloggers: "All bloggers are liars, they cheat people using all kinds of methods. From my understanding, out of 10,000 unemployed bloggers, 8,000 are women. Bloggers like to spread rumors, they don't like national unity. Today our country has achievements because we are tolerant and compromising. Otherwise we will have civil war. Malays will kill Chinese, Chinese will kill Malays, Indians will kill everybody else."—Tourism Minister Tengku Adnan Tengku Mansor, responding to Indonesian TV journalist/blogger Nila Tanzil, who had written unflatteringly about Malaysian bureaucracy when she was here to do a travel show. By coincidence, his comments were made on International Women's Day. (Sin Chew Jit Poh, 9 March 2007)." And that—I assure you—is just the tip of the iceberg! With news of Anwar Ibrahim's recent arrest over revived allegations that he sodomized a male aide, Malaysian Politicians Say the Darndest Things underscores the free-for-all called Malaysian politics. Now there's a horror movie yet to be made!