I run into Peter Sciretta at press screenings and we've sat on a few roundtables together. He's a lot of fun, down to earth, and completely tuned in. I love to browse his site just for the pop news and the high res photos.

Along with being walloped by The Dark Knight, fanboys are being given their first glimpse of the Watchmen trailer and Peter has some dynamite high-resolution photos at /Film sent to him by Warner Brothers that will be featured in this week's Entertainment Weekly. 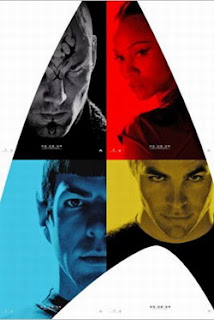 No doubt he'll be gasping for oxygen at San Diego's upcoming Comic Con 2008. He's already posted the four new character teaser posters released by Paramount Pictures, even though no Star Trek panel will take place at Comic Con 2008. Per /Film: "The four posters feature (from left to right) Eric Bana as an unnamed villain, Zoe Saldana as Uhura, Chris Pine as Captain Kirk, and Zachary Quinto as Spock. The posters combine to form the Starfleet federation logo." 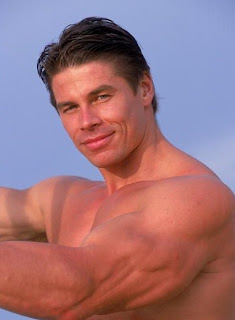 Peter's also got the first images for Terminator 4 where Christian Bale puts away his Bat cape and dons the role of John Connor. I've got my eye on Roland Kickinger, an Austrian native who's apparently already played a young Arnold Schwarzenegger in the 2005 biopic See Arnold Run, and has now been cast to play a younger version of Schwarzenegger's T-800 character.
Posted by Michael Guillen at 7/18/2008 11:05:00 PM