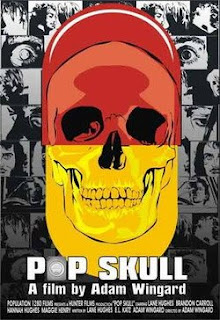 Never one to sit still, Peter Katz has organized a panel for San Diego's upcoming Comic Con on the art of making independent sci fi, horror, and adventure movies, to be held Friday, July 25th, 3:00-3:45PM, in Room 26AB. The panel will be moderated by Drew McWeeny "Moriarty", screenwriter and West Coast editor of AintItCoolNews and includes the Dowdle Brothers (co-writers/director of The Poughkeepsie Tapes and Quarantine); Steven Schneider (producer of Paranormal Activity); Jacob Gentry and Dave Bruckner (co-writers/co-directors of The Signal); Eric Zala (director/actor) and Chris Strompolus (producer/actor) of The Raiders of the Lost Ark:The Adaptation; Adam Wingard (co-writer/director/producer of Pop Skull); and Chad Feehan (producer) and Thomas Hammock (production designer) of All the Boys Love Mandy Lane.

The import of this panel discussion can't be stressed enough as it aligns with existing precedent. As Mario DeGiglio-Bellemare has pointed out: "[T]he classification of horror texts depends upon its oppositional position vis-à-vis the 'bottom line' philosophy of Hollywood productions. More than any other film genre, horror has shown itself to be consistently rebellious with respect to the Hollywood system. Many of the genre's most respected films were made on shoestring budgets and on the margins of Hollywood." Katz has presciently organized a panel to discuss how this precedent continues up to the present day.