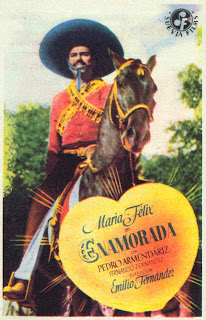 Introducing Emilio Fernández's Enamorada, PFA curator Steve Seid admitted that the film's English translation "Woman In Love" isn't entirely accurate. Quoting Judy Bloch's PFA capsule, Enamorada speaks more interestingly "about a man in love." Enamorada—which translates more correctly as "Beloved", in the sense of a man's love for his beloved—expresses the love General José Juan Reyes (Pedro Armendáriz) feels for Beatriz Peñafiel (María Félix). But then again, it's not only his love for her as a woman but for the civilizing power of the Catholic faith that she represents. "[W]hat captivates, even mesmerizes, is the film's portrayal of revolution and religion as conjoined elements of the Mexican character," Bloch writes. "The general," she adds, "confuses Beatriz with Jesus." 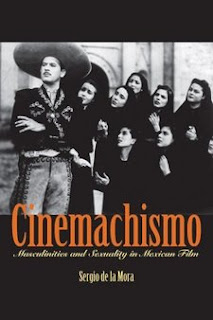 The narrative focus of classic revolutionary melodramas is on "the social transformations ushered in by the armed struggle [and] fight against feudal caciquismo, [and] on the familial divisions caused by cross-class, cross-ethnic, cross-regional romantic alliances." (2006:154). This narrative focus is evident in Enamorada. 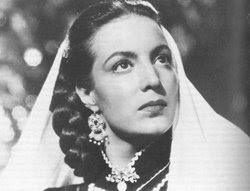 "An important narrative trope in many of the revolutionary melodramas from the classic period," de la Mora continues, "is the Revolution's civilizing mission. This theme is especially prevalent in Fernández's films. The civilizing mission takes various forms. …In Enamorada the civilizing mission is about domesticating and 'feminizing' female characters deemed to be too independent, too disobedient, and thus too masculinized, as is the case in most films starring María Félix, dubbed la devoradora de hombres (the man-eater), including the aforementioned film. In Enamorada, famously based on Shakespeare's Taming of the Shrew and on an episode in Don Juan Manuel's Spanish medieval era narrative El conde lucanor, in order for the cross-class lovers to form part of the Revolutionary family, they both must undergo major transformations. The proud, feisty, and arrogant upper-class Beatriz Peñafiel (Félix) needs to be less rebellious and more obedient to the new Revolutionary patriarchal order. General Juan José Reyes (Armendáriz) needs to be less brutish, less macho, and more spiritual and meek. Unconditional love tames the ex-seminarian General Reyes, as does his recovered spirituality, achieved through his gradual respect for the Catholic Church. General Reyes's spiritual rebirth is represented in a stunning sequence filmed in the interior of a baroque church. He must renounce his threat of taking by force the conservative city of Cholula (famous for its 365 churches). Beatriz must surrender her class privileges, renounce her marriage engagement to a U.S. suitor, admit that General Reyes has indeed won her over, and join the Revolution by taking her place behind General Reyes's horse as a soldadera." (2006:155.)

With regard to nationalized masculinities, de la Mora further teases out an insightful characterization of Beatriz's U.S. suitor Eduardo Roberts (Eugenio Rossi): "The codes used to represent gringos continue the conventions used in the classic period. These conventions are stereotypes that fall into two categories: unscrupulous and greedy villains (La perla, Emilio Fernández, 1945) and inoffensive and unmanly objects of ridicule (Enamorada)." As if referencing La perla, the wedding gift Roberts offers Beatriz—a necklace of pearls—comes unstrung at the moment she realizes Roberts is not the man she is meant to marry nor the cause she is meant to support. 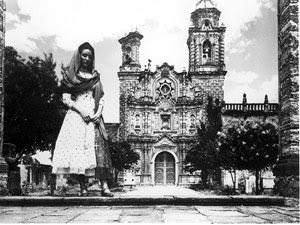 In his fascinatingly informative article for the Turner Classic Movies website, Frank Miller states: "Enamorada was in many ways a follow-up to Maria Candelaria, the 1944 historical romance that put Mexican cinema on the map when it won the Grand Prix at the Cannes Film Festival. Director Emilio Fernández, star Pedro Armendáriz and cinematographer Gabriel Figueroa reunited for this tale of a revolutionary general who occupies an enemy town only to fall in love with the local nobleman's headstrong daughter. For the movie, both Fernández and Armendáriz would draw on their memories of the Mexican Revolution, especially the director who had to flee the country during the '20s because of his involvement with the rebels. (While in Hollywood he posed for friend Dolores Del Rio's husband, Cedric Gibbons, when he was designing what would become the Oscar®).

"New to the mix, and a key factor in the film's success, was María Félix, the greatest star the Mexican cinema would produce. Félix had become an overnight sensation with her third film, Dona Barbara (1943), which also gave her the nickname La Doña. La Doña brought her fiery presence to Enamorada, making the romantic duel with Armendáriz—critics have called it the Mexican Taming of the Shrew—a true battle of the titans. Greatly helping was Figueroa's cinematography, which showcased the female star at her most beautiful. 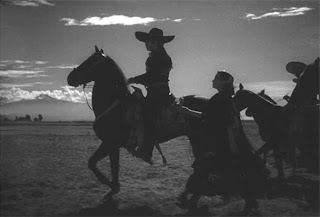 "Enamorada was one of Mexico's biggest film hits of the decade and swept the Ariels (the Mexican Oscars®) with awards for Best Picture, Director, Actress, Screenplay and Cinematography, among others. It also helped Armendáriz win a special Ariel in recognition of his outstanding career. Armendáriz, Fernández and Figueroa had already attracted attention in the U.S., where the film was released to art houses as A Girl in Love. But its release there was cut short when Eagle-Lion bought the rights to remake the film in English. They did so in 1950, as The Torch, and were even wise enough to include Fernández, Armendáriz, Figueroa and co-writer Inigo de Martino in the package. But they made one crucial mistake. Instead of asking Félix to re-create her role, they gave it to fading Hollywood star Paulette Goddard. Shot on a low budget, the re-make scored poor reviews (one critic called Goddard "cheap and coarse," charges that would never have been made against Félix) and faded fast, though it continued to keep Enamorada off U.S. screens for years.

"The failure of The Torch also kept Fernández from pursuing further U.S. work (he had assisted John Ford on the Mexican-shot The Fugitive in 1947). Armendáriz, however, frequently commuted to Hollywood, where he appeared in several other films directed by Ford (Fort Apache, Three Godfathers, both 1948). He learned English so well that he often had to strengthen his accent for his roles in Ford's Westerns. Despite high praise for his work on The Fugitive, Figueroa mostly worked in Spanish-language cinema, eventually becoming the cinematographer of choice for Spanish director Luis Buñuel. 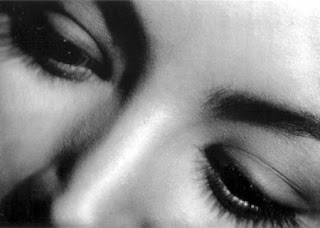 "Hollywood's greatest loss, however, was failing to attract Félix. Repelled by the stereotypical roles offered to countrywomen like Del Rio, La Doña refused all contract offers. She even refused to learn English, though she had no problem learning French when she set her cap on European stardom (the Félix film most often seen in the U.S. is Jean Renoir's French Cancan, 1955). Then again, as the top star of the Spanish-language cinema until her retirement in 1970, she hardly needed Hollywood. She was so influential that a young Puerto Rican named Haraldo Santiago Franceschi Rodriguez Danhakl would model his image on hers when he achieved underground stardom as Holly Woodlawn."