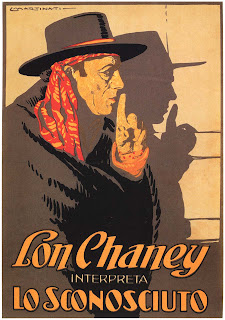 It's been hard to keep quiet about the San Francisco Silent Film Festival, which kicked off at the Castro Theatre last Friday evening with The Kid Brother (1927), featuring Harold Lloyd and introduced by Leonard Maltin, and wrapped Sunday evening with King Vidor's The Patsy (1928).

Here at The Evening Class, Michael Hawley provided an excellent overview and I spoke with Artistic Director Stephen Salmons, parts one and two.

Delfin Vigil likewise chatted with Salmons for the San Francisco Chronicle, detailing how the festival has "resurrected history" with such screenings as this year's Her Wild Oat (1927), for which I understand ticket sales were especially brisk.

At SF360, Mary B. Scott furnished her own overview, highlighting William Desmond Taylor's The Soul of Youth (1920)—"[A] gritty study of baby trafficking, unloved orphans, homeless young men, corrupt politicians, reformers and amazingly understanding judges"—and The Silent Enemy (1930), which she placed in the context of quasi-ethnographic docudrama replete with "absolutely gorgeous" photography, "fascinating" rituals, and a "thrilling" caribou stampede. Scott found the film "simply stunning" and "amazingly well-shot and edited." 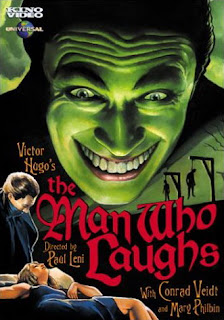 At the San Francisco Bay Guardian, Dennis Harvey traced how the orphan as a staple figure in silent cinema serves as a "popular dramatic conceit" in Taylor's The Soul of Youth. Erik Morse focused on the "mutilation masterpiece" centerpiece The Man Who Laughs (1928).

Much of the research material Brian Darr collected for Teinosuke Kinugasa's Jujiro (1928) and Japanese silent cinema had to be left out of his program guide essay and slide show presentation due to space limitations; but, fortunately, Hell on Frisco Bay caught the spillover. He detailed Jujiro's significant reception in the West, compiled an entry on Kinugasa sources and links and posted another on Kinugasa and the benshi tradition. 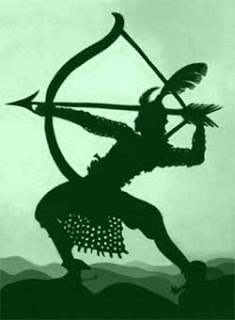 Anne M. Hockens anticipates the festival by asking: "Are you ready for the marathon?" She highlighted Rene Clair's Two Timid Souls and the debut performance of the Bay Area's Baguette Quartette "known primarily for their renditions of classic Parisian dance hall music." She likewise drew focus to gay cinema landmark Mikaël (1924) by Carl Dreyer, Kinugasa's "surrealistic and visually expressionistic" Jujiro, and Lotte Reiniger's animated wonder The Adventures of Prince Achmed (1926), which her cohort David Jeffers lovingly wrote up for SIFFBlog earlier this year.

Jeffers—who literally counted down the hours until opening night of the festival—wrote up the opening night feature The Kid Brother. Noting that Harold Lloyd "considered The Kid Brother to be lacking sufficient action and humor", Jeffers counters that in reality Lloyd's "tenth of eleven silent features was the synthesis of all his acquired talents. It was Lloyd's greatest success in blending his trademark gags with well-developed characters, and a thoughtful, engaging story." At Six Martinis and the Seventh Art, Shahn confessed that Harold Lloyd was her "very first crush" and wrote up her remaining infatuations from the weekend's program.

Jeffers also "camped out" at the Castro with The Man Who Laughs and The Unknown and spent Sunday night "with the girls", namely Colleen Moore in Her Wild Oat and Marion Davies in The Patsy.

I do SO hope that we'll see a word-for-word transcript of Guy Maddin's glorious defense of melodrama from last night's intro to "The Unknown."

Just for you, dude. It will be my next entry.