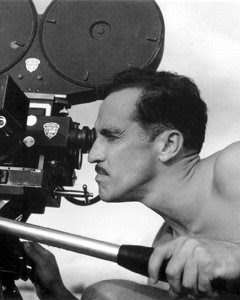 [We interrupt this blogathon hardly in progress to bring you this important announcement.]

"Figueroa skies." The image conjures the big sky country of the Mexican desert, embraced in high contrast by billowing cumulus clouds enhanced by infrared filters, and limned by the persevering thorn of the impoverished agave and the heartfelt offerings of ubiquitous cala lilies. Beneath these immense skies, Mexicanidad toils the soil, tolls cathedral bells to call the common soul to mass, and tells fiery stories of evolving revolutions.

In his introduction to the PFA series celebrating the artistry of Gabriel Figueroa—Hecho Por México—curator Steve Seid writes: "Gabriel Figueroa was more than a cinematographer. A consummate artist, he captured with grandeur a sense of Mexico that would—as the poet Carlos Fuentes affectionately observed—bring us to 'see Figueroa's Mexico and not the one that really existed.' Beginning in the Golden Age of Mexican cinema, Figueroa's rich chiaroscuro embodied Mexico's entrenched contrasts—the monumental faces weathered like the arid land, the expressively lit cathedrals dark against turbulent skies, the timeless agave, stark and prickly. The painters Rivera, Siqueiros, and Orozco were Figueroa's intimates, and their influence can be detected in what Siqueiros called 'murals that travel.' Figueroa was the man who made manifest Luis Buñuel's sardonic surrealism by underscoring mundane but unexpected details. And he will forever be associated with director Emilio 'El Indio' Fernández, who said with remarkable swagger, 'There only exists one Mexico: the one I invented'—but it was Figueroa's highly dramatic feel for the land that engendered this invention. In the mid-thirties, Figueroa apprenticed to Hollywood cinematographer Gregg Toland, and was much admired by American directors such as John Ford and John Huston, who used his signature style to great effect. He cut a dashing figure across the film industry, but his social conscience always preceded him: Gabriel Figueroa's aim was to give back to Mexican culture a dignified image of itself, and this he did, al lo grande." 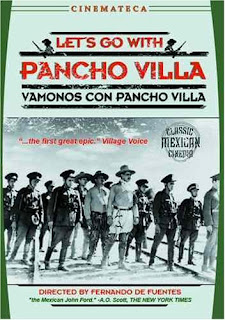 Though hosting duties during the San Francisco Silent Film Festival precluded my attending the opening doublebill of PFA's Figueroa series—Let's Go With Pancho Villa! (1935) and The Pearl (1943)—I've committed myself to the remainder of the selection. To prepare for the experience, I met up with Steve Seid for a few words on the series.

* * *
Michael Guillén: Steve, tell me a little bit about yourself, your film background, and how you ended up here at the Pacific Film Archives in this coveted position as video and film curator?

Steve Seid: There was no room left at People's Park? [Laughs.] How did I end up here? I was curating previous but mainly with festivals. I had met Edith Kramer and then in the late '80s two things happened. First, Edith was beginning to see that video had become big enough that it was something that had to be reckoned with so PFA bought some equipment: a projector and a couple of monitors. They really bought the equipment, I think, because they wanted to show some of Godard's work, TV mini-series like Six Fois Deux and France/Tour/Detour. Those series were just on the circuit in '86-'87. I had already been curating when I met Edith so in 1987 I was brought in to do a couple of programs as a guest curator and then in 1988 I was hired. 20 years ago!

Guillén: What a run! That's fantastic. With regard to the dozen films in the Figueroa program, what prompted the series?

Seid: I don't want to take credit for curating this program. There was a group of available prints and I added one or two to it. 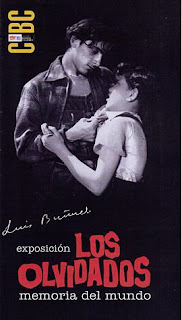 Seid: Only Los Olvidados and Victims of Sin are from our collection and I secured two films from regular distributors; but, everything else came from Filmoteca in Mexico City, with which we have a relationship. They wanted to celebrate Gabriel Figuero's 100th anniversary. They produced a body of eight new prints for a traveling program. I took those eight prints and added four more to round it out. There were other films the Filmoteca had that they could have struck new prints—the really famous ones like Maria Candelaria—but, they decided they wanted to do was create a mixed bag; some of the well-known, some of the lesser-known films that Figueroa had been cinematographer for.

* * *
In my estimation hardly enough that has been written on Gabriel Figueroa is available online; but, for starters there's always the IMdb and Wikipedia profiles and Hal Erickson's capsule for All Movie Guide. The Internet Encyclopedia of Cinematographers has perhaps the most thorough filmography I could find, along with a gallery of production stills, and photographs of Figueroa both solo and in the company of Luis Buñuel and Shirley McClaine. A further sampling of images can be found at Patricia Correia's gallery. In Spanish there are the illustrated profiles from Directores de Cine Mexicano and Maestros de la Luz.

At Bitter Cinema Sean Spillane has an appreciative essay that incorporates a fascinating anecdote by Figueroa's son Gabriel Figueroa Flores Jr. lifted from an interview conducted with Fred Salas for In Motion Magazine; namely: "Whenever my father was invited to one of his exhibits, he would come in and [David Alfaro] Siqueiros would tell him, 'Now you come and see what I stole from you.' And my father would say, 'Oh no. I come to see what I can steal from you.' Composition-wise and theme-wise. ...The only time that my father recognized openly that he took a composition out of a painting, from a muralist, it was [José Clemente] Orozco's. It was a water color that Orozco made of a funeral of Velorio. This water color is called 'The Requiem.' And my father, in a picture called Flor Sylvestre with Dolores del Río, took this very same composition and interpreted it. So it happened that the day that the film was screened for the first time, Dolores del Río invited all her friends, and among her friends was Orozco. It happened that Orozco sat right next to my father. And when the scene came on, Orozco jumped out of his seat. My father said 'Maestro, I am an honest thief. I took that from one of your water colors'. Orozco said 'Of course, the depth and the volume you have in this composition is something that I didn't get in my water color. You must show me how you work so that I can see the magic of this scene.' " 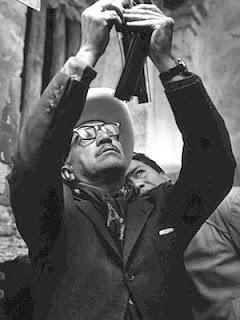 In his profile of Figueroa for the International Dictionary of Films and Filmmakers, John Mraz confirmed: "Figueroa conceived of photography as interpretive, likening it to an actor's rendering of a script. He argued that though the camera ought to be essentially unobtrusive, it must establish a dialogue with the spectators through the vigor, force, and beauty it creates." (Emphasis added.)

"Gabriel Figueroa: Cinefotógrafo"—the largest-ever retrospective of Figueroa's life and work—opened earlier this year at Mexico City's Palacio de Bellas Artes and rumor has it that it will be brought to The Los Angeles County Museum of Art in 2010. Reviewing the retrospective for the L.A. Times, Reed Johnson qualifies that—though many photographers and cinematographers take pictures of countries—only a few "get to invent countries, visually, with the images they create." Figueroa is credited with establishing Mexico's visual heritage and as Sergio de la Mora has opined, "creating the classic Mexican film aesthetic." Reed writes: "Figueroa had as great an influence in shaping modern Mexican identity as the muralists Diego Rivera, José Clemente Orozco and David Alfaro Siqueiros and photographer Manuel Álvarez Bravo, whose images deeply influenced him. He also drew on the idealized landscapes of painter José María Velasco and the satiric drawings of master caricaturist José Guadalupe Posada." 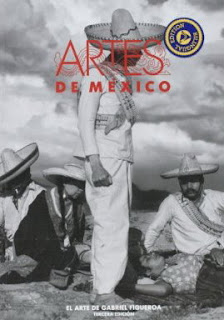 Reed does a fair job, however, of defining the controversies that continue to exist around Figueroa's aesthetics. "[J]ust as [John] Ford used the backdrop of Monument Valley to define the classic American Western, Figueroa invested Mexican landmarks with operatic grandeur. That monumentalizing tendency, yoked to an autocratic government-run industry, has exposed Figueroa to charges that he was as much of a propagandist as an artist. Several prominent Mexican intellectuals and film scholars have criticized Figueroa's approach as overly stylized and inflexible, which they equate with the rigid, government-sanctioned messages of the movies themselves." Film historian and critic Jorge Ayala Blanco has complained that the famous Figueroa style "is a form of petrification, of authoritarianism, of imposing on reality a vision, not of taking a vision from reality," enshrining "a false aesthetic of Mexican-ness." Defenders of Figueroa's aesthetics feel such criticisms miss the mark for failing to appreciate the "extravagant artifice" of Figueroa's "meticulously staged imagery" that revels "in cinema's blatant falseness."

This ongoing debate replicates much of the pro and con obituary arguments at the time of Figueroa's death in April 1997. Julia Preston's informative obituary for The New York Times is available online.

The opening photograph of Figueroa filming on the set of La Perla is courtesy of George Hoynigen-Hune. Cross-published on Twitch.
Posted by Michael Guillen at 7/30/2008 03:50:00 PM