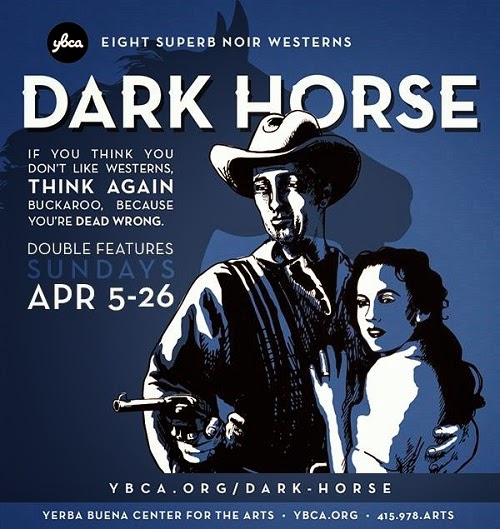 San Franciscan audiences are an especially noir-savvy group. Elliot Lavine and the Roxie Theatre began re-introducing the "genre" (as it were) decades ago and the popularity of Lavine's programs revealed a passionate appetite for these noir films from the post-war years, which has been furthered by the Film Noir Foundation's annual Noir City festival with its concerted focus on film preservation and restoration. Lavine and his collaborator Donald Malcolm (Mid-Century Productions) have now leapfrogged into the digital age to focus on rare international noirs unavailable (or unaffordable) on 35mm and their series—"The French Had A Name For It" and "A Rare Noir Is Good To Find"—have reawakened a sense of discovery.

But there's nothing to match the luster of celluloid and so it was especially heartening to learn from Joel Shepard, curator at Yerba Buena Center for the Arts (YBCA), his intention to offer a program of double-bill "noir westerns" each Sunday through the month of April, aptly captioned "Dark Horse: Film Noir Westerns." YBCA's program notes follow.

Prepare to have your horizons expanded as darkness descends upon the plains. We present eight superb "noir westerns"—films which transplant the fatalism and pessimism of the era's crime pictures to this most deeply American of genres. And if you think you don't like westerns, think again buckaroo, because you're dead wrong. This is American cinema of profound depth, multi-layered moral complexity, and exquisite filmmaking craft. In often problematic and disturbing ways, the films embody many issues we continue to struggle with, including race and gender relations, the rights of indigenous peoples, violence, and the individual's responsibility to society. All programs are double features; one ticket includes admission to one or both films. All films are presented on 35mm film, not digitally. 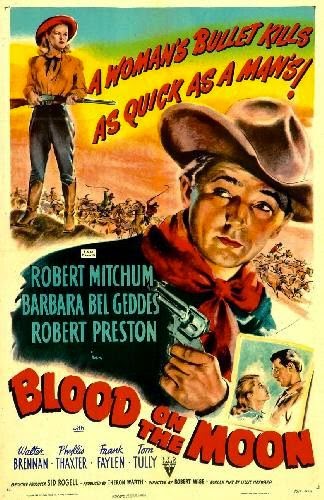 Bad boy Robert Mitchum—who once said he had two acting styles, "with and without a horse"— stars in one of the finest noir westerns of them all. Riding into town after a plea from an influential friend, he's drawn into a land dispute and forced to choose between the pal he owes and the girl he loves. Against a background of dreary taverns and rain-soaked darkness, Mitchum delivers a terrific laid-back performance as the reluctant hired gun. (1948, 88 min, 35mm)

Based on an Elmore Leonard story, this is the high intensity tale of innocent travelers on a stagecoach held hostage by three sadistic killers, as they play out an increasingly desperate waiting game. This film has a unique, strange blend of dark humor, darker violence, and an undercurrent of loneliness and despair. The Library of Congress selected The Tall T for permanent preservation in the United States National Film Registry. Starring Randolph Scott and Maureen O'Sullivan. (1957, 78 min, 35mm) 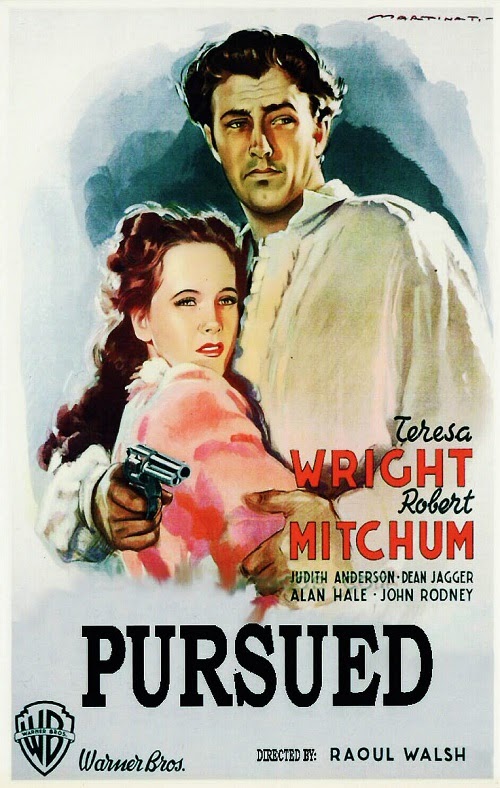 "The Ox-Bow Incident is not a picture which will brighten or cheer your day. But it is one which, for sheer, stark drama, is currently hard to beat."—The New York Times (1943 original review).

Two drifters are passing through a western town when news comes in that a local farmer has been murdered and his cattle stolen. This sets in motion a grim, claustrophobic exploration of the motivations of mob violence. Full of deep, looming shadows and an escalating sense of menace, the film stars Henry Fonda in one of his finest roles. (1943, 75 min, 35mm)

Often considered Hollywood's first noir western, Freudian psychodrama comes to the American frontier in Pursued. Robert Mitchum stars as Jeb, a man emotionally scarred by a tragic past and inner demons. Jeb is convinced that people hate him and want him dead, but he doesn't understand why. He seeks to unravel the dark secrets of the past, and resolve his inner trauma. The film features gorgeous cinematography by James Wong Howe, a sweeping musical score by Max Steiner (Casablanca), and pumping, propulsive direction by Raoul Walsh. (1947, 101 min, 35mm) 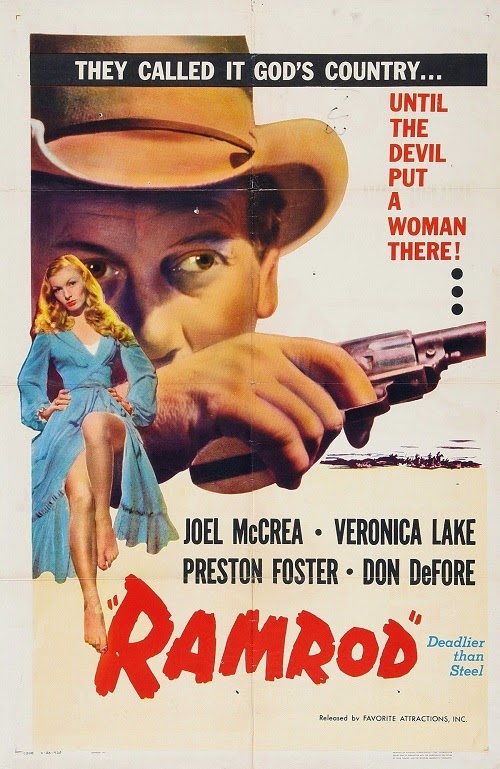 Dave Kehr at the Chicago Reader described this film better than we can: "Andre de Toth's bizarre Freudian western features Veronica Lake in drag and Joel McCrea as a fading phallic symbol (you thought the title was accidental?), performing a barely sublimated sadomasochistic ritual—she's a lady ranch owner who teams up with her foreman to put her chief competitor, her father, out of business." (1947, 95 min, 35mm)

Sporting a thick mustache, Gregory Peck stars as the aging Jimmy Ringo, a notorious killer and the deadliest shot in the old west. Though he now regrets his criminal past, Jimmy is forced to stay on the run by brash young punks determined to shoot him down. Like many of the best noirs, The Gunfighter is a kind of existential nightmare, with an overwhelming sense of inescapable doom hanging over the protagonist. (1950, 85 min, 35mm) 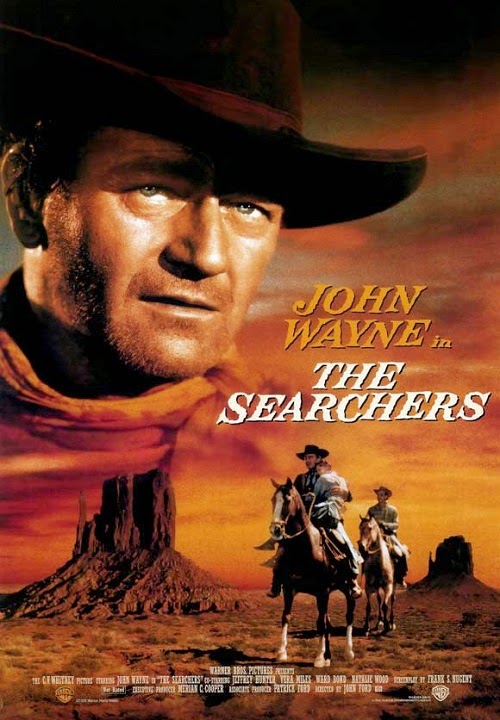 "Every time I watch it—and I've seen it many, many times since its first run in 1956—it haunts and troubles me. The character of Ethan Edwards is one of the most unsettling in American cinema."—Martin Scorsese

"One of my American western heroes is not John Ford, obviously. To say the least, I hate him."—Quentin Tarantino

John Wayne and John Ford forged The Searchers into an indelible portrait of the frontier and the men and women who challenged it. Wayne plays ex-Confederate soldier Ethan Edwards, who believes more in bullets than in words. He's seeking his niece, who has been captured by Comanches who massacred his family. He won't surrender to hunger, thirst, the elements, or loneliness. And in his obsessive, five-year quest, Ethan encounters something he didn't expect to find: his own humanity. (1956, 119 min, 35mm) 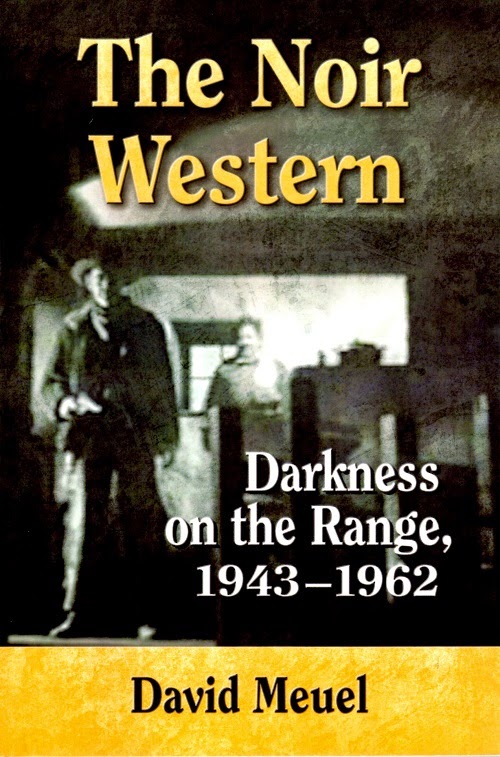