Runaway (dir. Maxwell Moser, 2014)—With a tip of the hat to Carson McCullers's debut novel The Heart Is A Lonely Hunter, a plaintive self-reflective voiceover initiates writer / director / editor Maxell Moser's short film Runaway and echoes the novelist's focus on giving voice to those who are rejected, forgotten, mistreated or oppressed. The voiceover's desultory self-reflection is set against inarticulate events in this predominantly visual and laconic tale of Jess (Jordan Hazen), a young woman holed up in an empty farmhouse with Saul (Matthew Cooley), a man succumbing to tuberculosis. The lean narrative is atmospheric with unanswered questions. What is the relationship between the two? Are they father and daughter? Sister and brother? Why do they refrain from turning the lights on at night? Why does Saul insist that Jess not visit their neighbors?

Jesse Rayborn's cinematography and Marcus Eugene's score evoke a forlorn late-winter countryside anticipating the release of spring. The trees are as barren as Jess feels inside. Saul spends his idle time whittling a small bird. It's a bit of beauty, a suggestion of flight, in their claustrophobic insular world. As the film's opening quote by Jewish philosopher Abraham Joshua Heshel suggests, Jess has cultivated many burdens in order to gain the strength to carry out one act of freedom. Will she remain loyal to Saul or—as in her slow motion dream of childhood's abandon—run free? 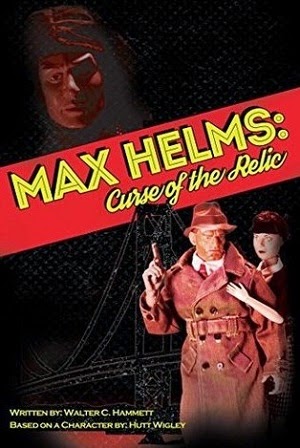 Max Helms: Curse of the Relic (dir. Hutt Wigley, 2015)—An homage to the crime films and film noirs of the '40s and '50s, Hutt Wigley's B&W stop-action animated short is hands on, frame-by-frame, a tour-de-force of set design, costuming and period detail. It recently won Best Animated Feature at The Joelanta and Great Atlanta Toy Convention Film Festival. Set in San Francisco, 1938, the exhumed corpses of deceased street-level criminals are being discovered all over the city ... weeks after they've died! But who's digging up dead criminals? And why? Max Helms is a rough and tumble private-eye with his thumb on the pulse of San Francisco's low-rent criminals. Polly Bixby is Max's sassy-but-resourceful secretary. When a mugger unwittingly drops a stolen African relic right in Max and Polly's laps, they discover an underworld of occultists lead by German mobster Gustov Heinrich. Max and Polly uncover Heinrich's devious plot to take over San Francisco using an undead criminal army, but can they stop his evil plans in time?

Sector 6 (dir. Damon Ridgeway, 2014)—A nuisance is better than nothing when you're adrift in space on standby without a mission counting the seconds on the clock and crossing off days on the calendar. Damon Ridgeway's animated short Sector 6 is lo-fi sci-fi that's clever enough to cite 2001: A Space Odyssey and E.T. within minutes of each other.

Warbird Pilot: Behind the Visor (dir. Rob W. Scribner, 2014)—Rob W. Scribner's documentary short Warbird Pilot: Behind the Visor gives voice to John Curtiss Paul, P-40, P-51 and Reno Air Race Pilot, and his lifelong passion for flying planes. Poignantly shuffled with re-enactments of a young red-headed tyke using cardboard and tempura paint to convert his bicycle into a plane, Warbird Pilot traces how the dream of a child can become the soaring passion of an adult.