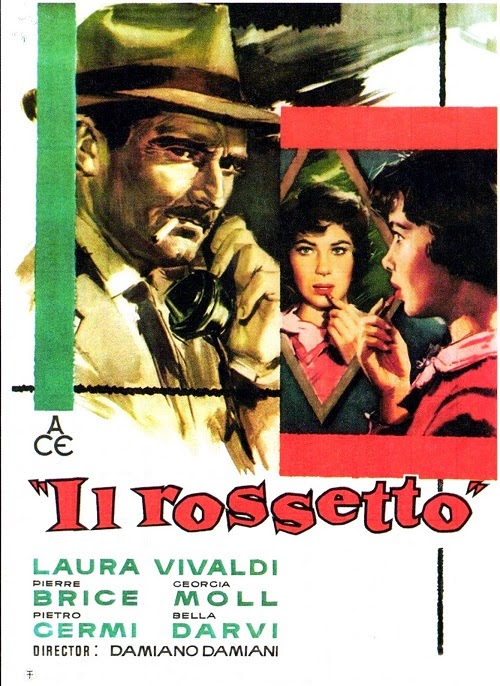 Acknowledging that "youthful misjudgment can lead to transgression and tragedy", Donald Malcolm identifies the brutal loss of innocence as a presiding theme of noir and offers two narratives from Italy and Denmark to bluntly demonstrate same.

First up is Il Rossetto (Lipstick, 1960) with Laura Vivaldi as Silvana, a 14-year-old school girl hopelessly infatuated with her neighbor Gino, and who can blame her? Played by a youthful Pierre Brice (think Alain Delon mixed with Rock Hudson) a mere three years before his successful run at ethnic masquerade portraying German author Karl May's fictional Mescalero Apache chief Winnetou (from 1962 to 1968 he acted in a total of 11 West German westerns adapted from May's novels, alongside Lex Barker (7 movies), Stewart Granger (3 movies) and Rod Cameron (1 movie) as the white heroes). 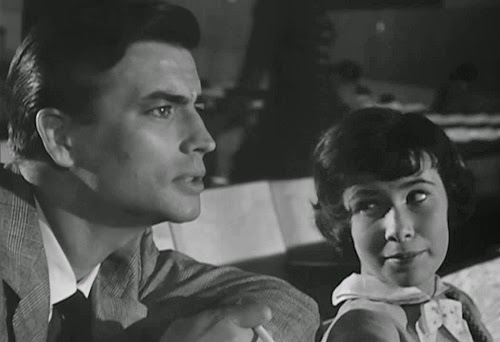 Vivaldi's career, on the other hand, entailed one more film and then she vanished; but, not without leaving behind this affecting performance to her credit. For his first feature, Damiano Damiani elicited an uncompromising critique of adult supervision on the skids by showing how Silvana mimics her mother's desperations to a fault, using adolescent wiles—and a provocative tube of lipstick—to secure the affections of Gino, who is engaged to wed another. Her dalliance with Gino is at turns petulant, sensual and suspenseful as she flirts with a worldly-wise full-blooded male who has ambitions of his own, creating—as Malcolm puts it—"a near-infinity of havoc for everyone", including a police investigator played by Divorce, Italian Style director Pietro Germi (in a reprise of his noted performance as an inspector in The Facts of Murder).

The dangers of adolescent desire are treated maturely and respectfully. The "modern" young girls of Italy are shown to have sex on their minds as they clock how long lovers kiss in the park, and challenge each other towards experience. Gino's prowess as a lover is suggested though never shown. He and his lover leave their rented bedroom smiling and satiated, and one can only relate to Silvana's fevered fantasies. 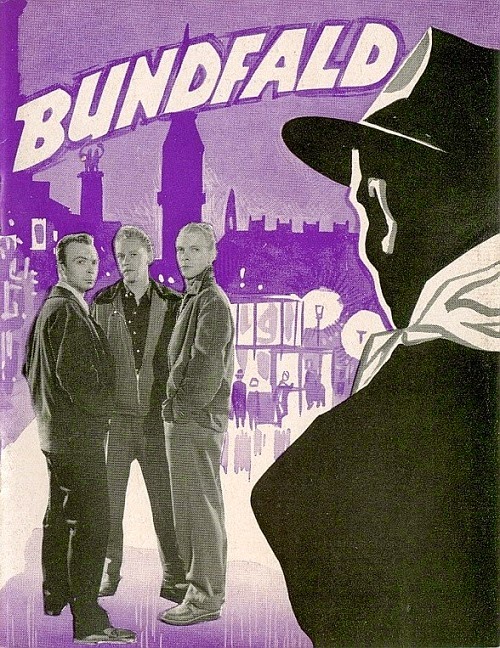 Anton (Ib Mossin) is the next innocent devastated by experience in Palle Kjaerrulff-Schmidt's debut feature Bundfald (Sin Alley, 1957). Bored with life in his home town and craving opportunity, the naïve Anton arrives in Copenhagen and is swiftly manipulated by lowlifes Kaj and Egon into using his sleek youthful looks to bait and blackmail elderly homosexuals for quick money. Sin Alley is frank in its depiction of the circumscribed lives available to gay men at the time—where fantasies of recruitment and a fascination with trade put men in jeopardy and danger, with legal repercussions—but does so with less judgment than one might expect. In fact, the three gay targets in this story are each unique personalities and are all represented sympathetically. Auntie, the owner of the sex bar where Anton and his crew hang out to pick up men, is the only gay character among the ensemble who has any effeminate characteristics whatsoever. The others are coded as educated, affluent and effete, or—if young—well-dressed and just plain pretty. It's the ringleader Kaj (Bent Christensen) who's painted as abusive, loathesome and criminal, misguiding Anton (who the film subtly criticizes for being so readily exploited; he becomes accustomed to his amoral line of work as soon as money starts passing hands). 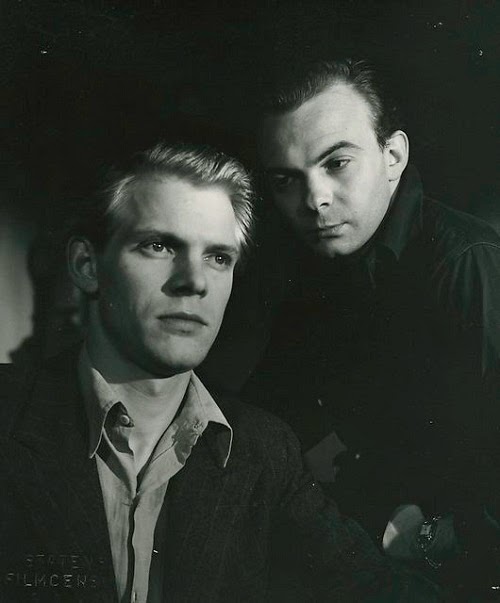 With its admirable treatment of a difficult subject decades ahead of its time (homophobia was rampant in Europe during the film's production) and its relatively sympathetic portraits of gay men victimized by straight criminals, I was much surprised to not find Sin Alley listed in any of the anthologies of queer film on my book shelves, making it a true find for queer cinephilia. Perhaps it escaped censure as part of a sub-genre of youth-oriented films in Scandanavia at the time, ostensibly focusing on the social issue of widespread youth unemployment? It earned the national Danish Bodil Award for Best Picture in 1957 for Kjaerrulff-Schmidt and his co-director Robert Saaskin. Kjaerrulff-Schmidt went on to play a significant role in the Danish New Wave of the 1960s. Equally surprising is that the only mention I could find on the film was as a noir vehicle in Spencer Selby's The Woldwide Film Noir Tradition and, more recently, in his Historical Dictionary of Scandanavian Cinema (2012:236).

Between Lipstick and Sin Alley, the Roxie provides an entertaining evening of good kids gone bad.
Posted by Michael Guillen at 3/14/2015 10:05:00 AM