The San Francisco International Film Festival (SFIFF) is busy gearing up for its 58th edition, with the full line-up set to be announced at a March 31 press conference. Based on press releases emanating from the SF Film Society in recent weeks, I'd say things are already looking pretty sweet.

In addition to being the longest-running film festival in the Western Hemisphere, SFIFF is this Bay Area cinephile's favorite fortnight of the year. As has become a tradition here at The Evening Class, on the eve of the SFIFF58 press conference we offer an overview of what's been announced thus far. 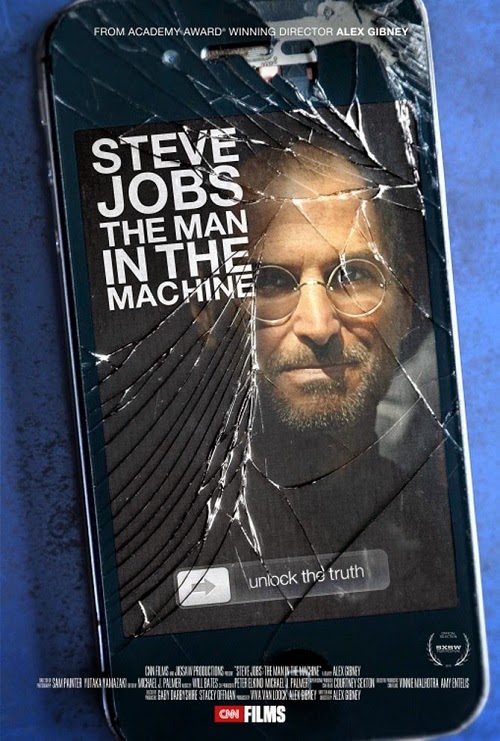 SFIFF58 gets going on April 23 at the Castro Theatre with Alex Gibney's Steve Jobs: The Man in the Machine, which arrives fresh from its SXSW world premiere. The insanely prolific Gibney, whose recent warts n' all docs on James Brown and Scientology aren't even six months old, was inspired to make a film about Apple's co-founder after witnessing the mass public lamentation that followed Job's death. It's a portrait Variety's Justin Chang describes as "deeply unflattering" and "more than willing to speak ill of the dead." Other reviews have dubbed it a "tech-age Citizen Kane." Gibney will of course be in attendance, along with "additional special guests." Those guests will need to be extra special, however, to stem a post-screening exodus to MUNI's F-streetcar line—the most expedient way to reach SFIFF58's opening night party at Madame Tussaud's wax museum at Fisherman's Wharf. There I look forward to an evening of unbridled, faux-celebrity selfie-taking at one of the most fabulously inspired ideas for a party venue ever. 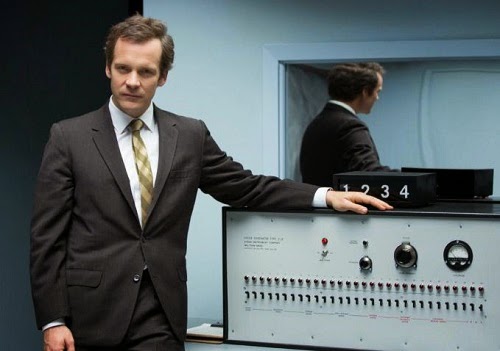 The fest closes 15 days later with a Castro screening of Michael Almereyda's Experimenter, described as a highly stylized biopic about a once controversial social psychologist. Peter Sarsgaard stars as Stanley Milgram, he of the infamous 1963 Milgram experiment on obedience to authority figures, as well as later work that was central to formulating the Six Degrees of Separation theory. This will be Almereyda's fifth film to play SFIFF. The most memorable for me were his 1994 post-modern vampire flick Nadja and the NYC update of Hamlet with Ethan Hawke (the latter of which closed the festival in 2000). SFIFF58's Closing night special guests are still TBA and the party will be held at Mezzanine. 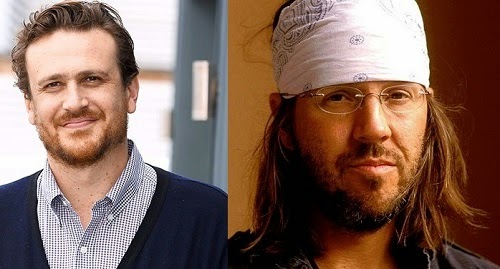 This year's Centerpiece film is James Ponsoldt's The End of the Tour, based on Rolling Stone reporter David Lipsky's memoir of a days-long encounter with writer David Foster Wallace. Ponsoldt, whose last film was The Spectacular Now, will be on hand for the screening along with star Jason Segel. Full disclosure—I adore Mr. Segel and am beyond enthusiastic over this impending SFIFF appearance. (I mean, I even went to see a friggin' Muppets movie because this guy was in it.) Segel has received near-unanimous raves for his performance as the reticent, yet occasionally garrulous author Wallace, in this his first dramatic feature leading role. The film, which co-stars Jesse Eisenberg as Lipsky and boasts a screenplay by playwright Donald Margulies, was also one of the best-reviewed movies at Sundance. This all happens on May 2 at the Sundance Kabuki Cinemas. 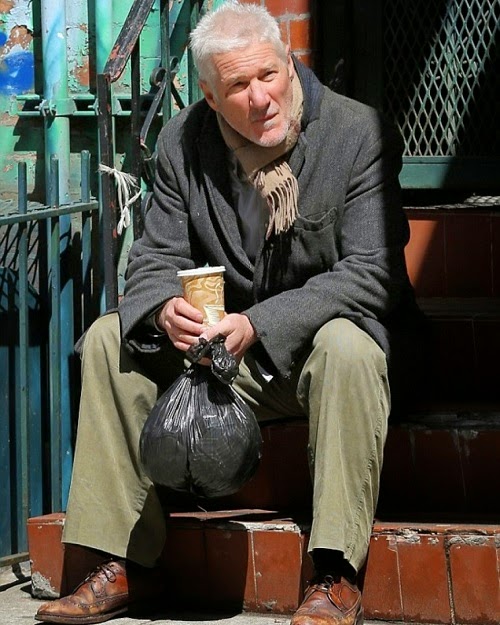 SFIFF58 rolls up its sleeve for an injection of old-school Hollywood glamour when Richard Gere accepts the fest's Peter J. Owens Award for excellence in acting on April 26 at the Castro Theatre. The program will include a career-best clips reel, on-stage interview and a screening of Oren Moverman's Time Out of Mind, in which Gere plays a NYC homeless man. In his rave review for Variety, critic Justin Chang praises Gere's "beautifully judged performance, plain and true, and one for which he appears to have purged every trace of actorly vanity or self-consciousness." The film also features Jena Malone, Steve Buscemi, Kyra Sedgwick and Ben Vereen in supporting roles. Fun fact—the last time a Richard Gere movie played SFIFF was in 1986, when Days of Heaven screened at a tribute for cinematographer Nestor Almendros. 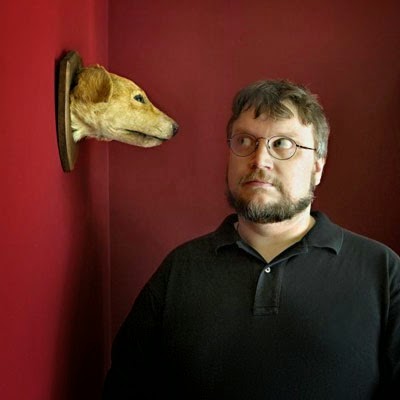 More than two decades after he first charmed SFIFF audiences with his 1994 debut feature Cronos, Mexican director Guillermo del Toro returns to claim the fest's Irving M. Levin Directing Award (f.k.a. the Founder's Directing Award and before that, the Akira Kurosawa Award) at the Castro Theatre on April 25. From his astonishing filmography the festival has chosen to screen 2001's Spanish Civil War chiller The Devil's Backbone, in a program that will also feature a clips reel, on-stage interview and a promised sneak peak at del Toro's future projects. May the choice of interviewer be as inspired as last year's pairing of Richard Linklater with Parker Posey. 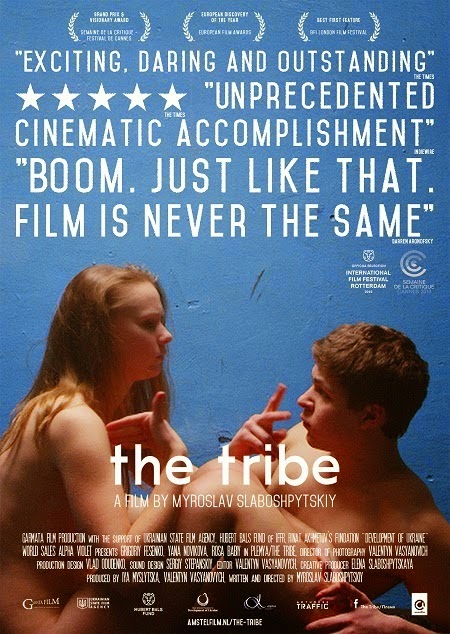 Nine films will compete for this year's New Directors Prize and as usual, it's an intriguing band of contenders. The Tribe boasts the highest profile, having screened in Cannes' Critics Week sidebar where it ultimately took home the Grand Prize. Directed by Miroslav Slaboshpytskiy, this tale of social Darwinism is set in a Ukrainian school for the deaf and told completely in unsubtitled sign language. I've also read excellent things about Laura Bispuri's Sworn Virgin, which recently premiered at Berlin. Italian actress Alba Rohrwacher stars here as an Albanian woman who has lived her life as a man and is now imagining other options. Remaining New Directors Prize hopefuls include filmmakers from Viet Nam, India, Ivory Coast, Chile, Albania, Afghanistan and France. 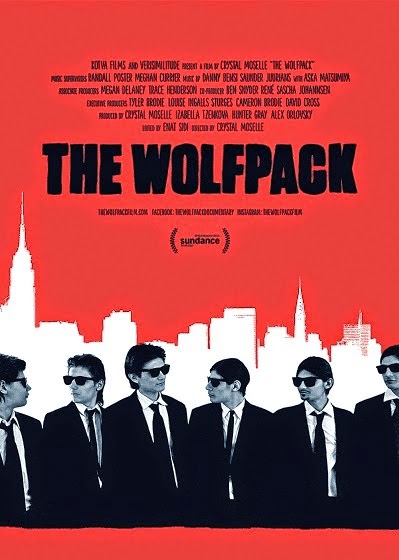 SFIFF is big on documentaries. Nearly one-third of the line-up has been given over to non-fiction filmmaking in recent years, which isn't surprising given the Bay Area's stature as a doc-producing hotbed. Ten films will battle it out in 2015's Golden Gate Awards Documentary Feature Competition, with J.P. Sniadecki's The Iron Ministry at the top of my must-see list. This meditative look at China's railway system comes from the folks at Harvard's Sensory Ethnography Lab, whose revolutionary documentaries such as Manakamana, Leviathan and Sweetgrass have enriched previous SFIFF editions. I'm also excited about two films which won Sundance's Special Jury Prize and Grand Jury Prize. Respectively, Bill and Turner Ross' Western looks at two neighboring cities on opposite sides of the Rio Grande, while Crystal Moselle's bizarre-sounding The Wolfpack observes a family of six teenage shut-ins whose entire worldview is based on the DVDs they watch. 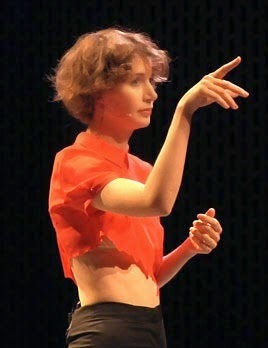 Performance artist-author-movie director Miranda July returns to SFIFF with the west coast premiere of her performance piece New Society, on April 28 and 29 at the Brava Theater Center. Co-presented by SFMOMA, New Society is said to be heavy on audience participation, with some performances witnessing more audience members up on-stage than in their seats. The Boston Globe's Don Aucoin describes it as an "innovative theatrical experiment illustrating the myriad ways societies form, cohere, change, fracture, and maybe persevere over time." Ah, but does it have anything to do with film? Most everyone I know is either a MJ lover or hater. The former have seen to it that both SFIFF performances of New Society are already at RUSH.

For Michael Hawley's speculations on which films will fill out the remaining SFIFF line-up and his wish list of what he hopes to be announced at tomorrow's press conference, check out the full version of this entry at film-415.
Posted by Michael Guillen at 3/30/2015 11:26:00 AM