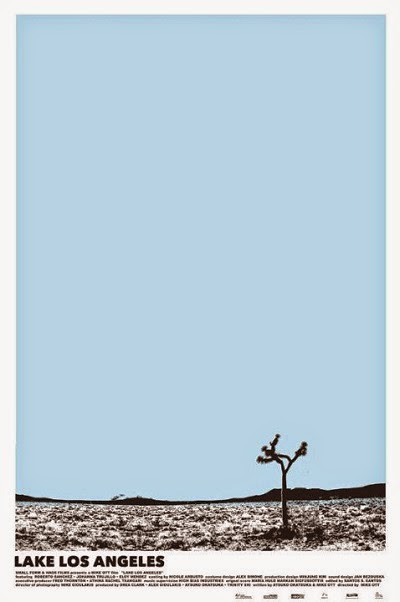 Mike Ott's Lake Los Angeles (2014) is not about Southern California's City of Broken Dreams and Fallen Angels, but is situated instead deep in the Antelope Valley on the western tip of the Mojave Desert, north of the city. Ott's fourth film and the third in his proposed Antelope Valley Trilogy—preceded by Littlerock (2010) and Pearblossom Highway (2012)—Lake Los Angeles concerns itself nonetheless with the broken dreams of angels who have fallen into Antelope Valley's desolate landscape of scrub oak, creosote, and joshua trees under—as Oscar Moralde phrases it at The House Next Door—"the withering weight of open sky." Our fallen angels are two exiles struggling to find their footing while holding onto their humanity in an America that no longer honors its immigrants, and articulates their struggle through a braided structure of voiceovers that frame the narrative.

The first voiceover is the story that 10-year-old Cecilia (Johanna Trujillo, in a spellbinding performance) whispers to herself and to the old man seated within a snow globe, her most valued possession. Sent from Mexico across the border to allegedly meet a father who never shows up to claim her, Cecilia is left to fend for herself. Withdrawn and sullen, she negotiates her compromised existence with an imaginative, interior life that informs and motivates her survival. She speaks only to the old man in the snow globe who, oddly enough, is a sailor. Why should a sailor be in a snow storm? And why should that snow storm be carried around in a desert? These are facts incidental to Cecilia's world and the movie starts us out in that snow storm to signal that her inner life is the real story. 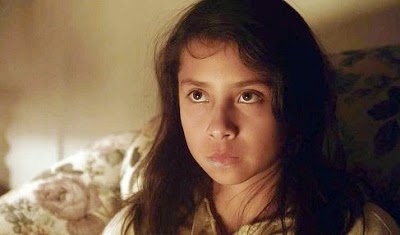 Children-in-peril narratives harbor their own particular poetry and I'm quick to admit that I love these lyrical tales of survival. Cecilia runs away into the desert, scavenges and gets by through the sheer innocence of will, befriending a dog to keep her love alive, and alert to monsters in the darkness. As she weakens, her hallucinations strengthen. She hears beckoning voices in the dusk wind that keep leading her forward. A sketched cactus becomes her signpost guide to safety. And like the mythic template familiar to all orphans, she seeks atonement with an absent father. In his review for Twitch, Ben Umstead astutely compares Lake Los Angeles with the work of Victor Erice, specifically Spirit of the Beehive (1973), which naturally invites comparison to Guillermo del Toro's Pan's Labyrinth (2006), Agustí Villaronga's Black Bread (2010), and the granddaddy of children-in-peril films: Charles Laughton's Night of the Hunter (1955). 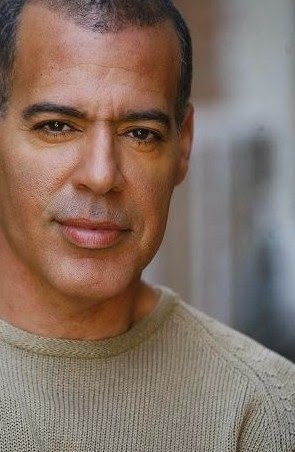 The second voiceover is the regretful remembrances of Francisco (Roberto 'Sanz' Sanchez) who left his wife and children behind in his native Cuba in hopes of securing a better life for them in the U.S. He clings to the belief that he has done the right thing, even as time steals any semblance of certainty from him. He survives as a brasero working odd jobs and by managing a holding house for illegal aliens, who he sees as "hurt animals" in his care, especially Cecilia who touches his heart in unexpected ways and who he affectionately nicknames "kitten." She is, indeed, at times, as feral as a cat.

The third voiceover is brief and epistolary, but instrumental in bringing the story to its conclusion. It belongs to Francisco's wife who he has left behind in Havana, who cautions that his dreams for a better life have robbed them of the life they could have shared.

Between these three voices Mike Ott creates a compelling portrait of displaced souls lonely for family and suggests that where one is lost another can be found. Mike Gioulakis's light-saturated and flaring camera work softly melds landscape with inscape, reading hopeful lyricism into the harshest of realities. María Huld Markan Sigfúsdóttir's score accentuates a spiritual quest for resolution with the buzzing drone of desert heat.

Benjamin Morgan's line-up for this year's Treefort Film Festival is strong, but I would say that without question Lake Los Angeles is the film that should not be missed. Boise is lucky, indeed, to be added to the film's robust film festival trajectory, where it has garnered favorable reviews and multiple awards on the circuit, including Best Feature Film, Best Actor and Best Cinematography at the Las Vegas International Film Festival, Best Actress at the Flathead Lake International Cinemafest, Best Narrative Feature at Mexico's Festival Sayulita, Best Feature Film at the Urbanworld Film Festival, Best Cinematography at the Bend Film Festival, and the Someone to Watch Award for Mike Ott at the Cleveland International Film Festival. Lake Los Angeles was also awarded $40,000 in post-production funds from the US-in-Progress organization in Wroclaw Poland.