A RARE NOIR IS GOOD TO FIND—INDEX 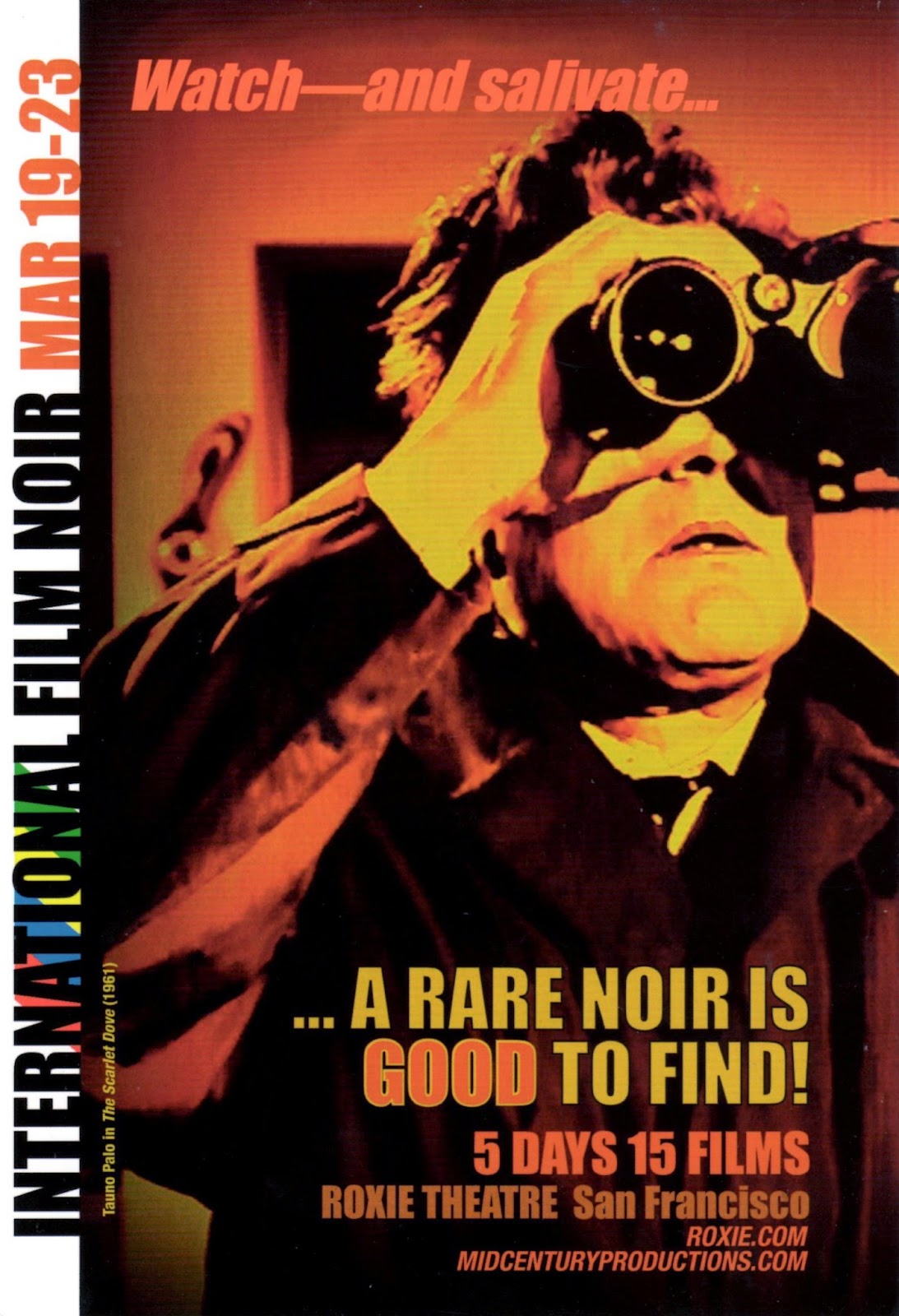 If attendance at last Fall's series "The French Had A Name For It" is any indication, it's likely that "A Rare Noir Is Good To Find"—kicking off tomorrow evening at the Roxie Theatre in San Francisco (March 19-23, 2015)—will be equally as popular and one might be well-advised to purchase a festival pass (a mere $50 for 15 films over 5 days) to insure entry.

As stated in their program notes: "ALL the world was noir in the years following World War II. [¶] Sure, there were other film genres hard at work competing for ticket sales; but it's interesting to note that as noir's box office clout began to slide in America, it began to flourish elsewhere. (Our schedule for the first edition of A Rare Noir Is Good To Find confirms that—fourteen of the fifteen films in the program date from after 1955, and eight from after 1960.) [¶] Pioneering noir historian Spencer Selby has called this phenomenon 'the world-wide noir tradition.' The prolific nature of it is truly astonishing, and we are just beginning to scratch the surface of the dark visions that came to life with such vivid bleakness on all the continents of the world. [¶] Roxie audiences who were mesmerized last November by the case we made for the 'undiscovered continent' of French noir will now have the opportunity to search vistas leading us to a global 'virus' that spread its message of deep skepticism about human nature and explored the fissures in class and gender relations that were left stubbornly untransformed in the aftermath of war." 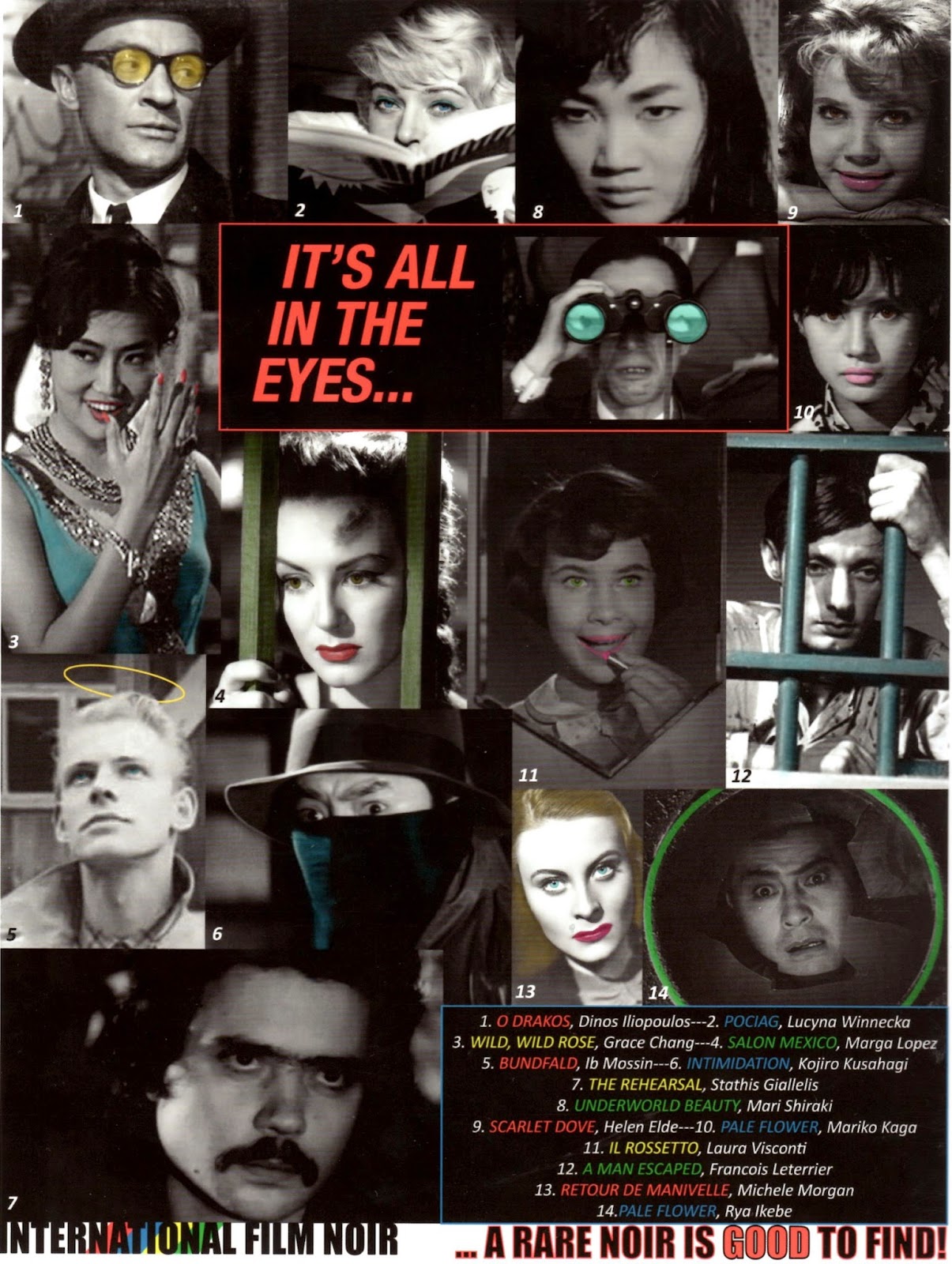 Here at The Evening Class, I've been indulging write-ups on the series' double-bills over the past few weeks, and group them here for easy reference.