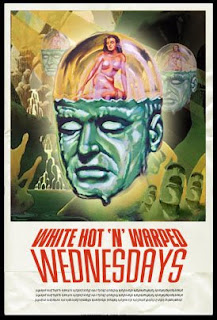 With all the talk going on over at Girish Shambu's site about whether or not horror films are good for you and what constitutes good revulsion over bad (to quote theologian Martin Buber: "You seek to compare?"), I thought now would be as good as any to announce Dead Channels 2008 two-month summer film series White Hot & Warped Wednesdays, venued at the Hypnodrome Theatre, 575 10th Street, San Francisco.

White Hot & Warped Wednesdays begins with a jolt on Wednesday, June 18, 2008. Plug yourself in to Sean Abley's electrifying Socket, screening at both 7:00PM and 9:15PM. Though tickets are available at the door, seating is limited so advance tickets are highly recommended. 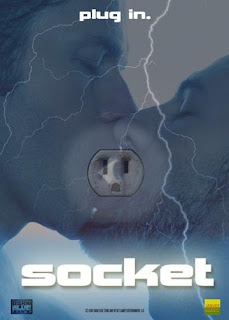 Socket is presented with the kind co-operation of TLA Releasing and is a tip of the hat to San Francisco's June Pride. Producer Doug Prinzivalli will be on hand to introduce the film and participate in post-screening Q&As. Evening Class readers might recall that I interviewed Socket's director Sean Abley a while back. Kudos to Dead Channels for giving San Francisco a chance to look at Socket; especially since—in a serious lapse of judgment—Frameline32 rejected it. (They chose Jaymes Thompson's The Gay Bed and Breakfast of Terror instead, which—though co-produced by Abley, who likewise plays a cameo in the film—is a bland, inferior vehicle.) Socket's got much more charge. Incidentally, my screener got handed around to so many therapists working with substance abuse—who praised its responsible depiction of the downward spiral of both substance and sex addiction—that I feared never getting it back! 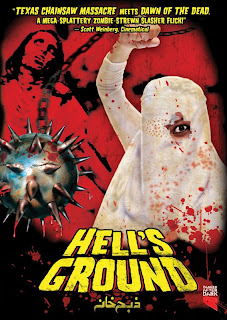 Dead Channels has declared Wednesday, July 2, 2008 as International Zombie Night by hosting the Bay Area premiere of Omar Ali Khan's Zibahkhana (Hell's Ground), the gory, global film festival favorite from Pakistan. Brace yourself for a night of action packed mayhem, villainy, and chucky Fulci-esque exotica in this unique hybrid. Twitch—of course—has been all over this for years. Todd reported on it in early August 2006 and then followed through in April 2007 when the film began to get good buzz on the festival circuit. Michael Wells dispatched to Twitch from the 2007 New York Asian Film Festival, offering his reaction to Hell's Ground and a report on the Q&A with director Khan. Kurt Halfyard caught Hell's Ground at last year's Fantasia Film Festival and wrote that "something that should feel old-hat is born again surprisingly fresh." Omar Ali Khan gives Hell's Ground a "rich and welcome exoticism to world audiences while giving teens from Karachi a film to call their own."

But wait, there's more! On July 16, 2008, Tommy Wiseau's The Room is coming to San Francisco fresh from its four-year engagement in Los Angeles. The management and staff of Dead Channels guarantee that this screening will be one of the strangest viewing experiences you will ever have! Amazingly, Twitch hasn't had its eye on this one but its cult cachet—as graphed out by Wikipedia—certainly makes it sound worthwhile viewing. Reportedly, "it's so bad it's actually painfully funny to watch."

"But we believe that it's not actually 'bad'," Bruce Fletcher qualifies, "at least in a negative way. Rather, The Room is an unforgettable work of hypnotic brilliance. It's what might happen if the late Stanley Kubrick had set out to make the last-word on 'BadFilm'. Wiseau's amazing movie is so inherently wrong on so many levels that viewing it unleashes an undeniable subliminal power—and might actually be an astounding work of cinematic art. We're not kidding, you'll be pondering, laughing about (and quoting) The Room for weeks." 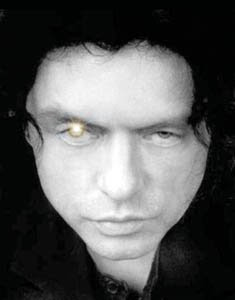 Mahalo Daily interviews Wiseau. Nihar Patel does the honors for NPR. Elina Shatkin for LAist. With his usual comic flair, Matt Singer does a good job of situating The Room's L.A. context at Termite Art. "The Room is a beautiful lesson in how to make the worst movie imaginable," writes Nick Knittel for Speakeasy. "Take terrible actors, give them a cringe-worthy script, and throw in an idea of filmmaking that must have been lifted from a Wishbone episode, and you get something that approaches the instant-schlock classic of this movie." Jonathan Kiefer dubs Wiseau "the Orson Welles of crap", explaining, "Sometimes the cream rises to the top. Other times, crap floats." Okaaaaaay. I guess this is one I'm just going to have to see for myself. Thanks, Bruce???

The Evening Class will be sure to let you know when the last two titles in the White Hot & Warped Wednesdays film series are announced.

Thanks for the heads-up on these, Michael! I have marked them in my calendar. They look pretty incredible (especially the Room!)

Hey Brian, thanks for stopping by. Yeah, doesn't The Room sound outrageous?!! Bruce Fletcher and Dead Channels continues to sparkle the cinematic landscape with these cult gems.

I loved The Room, and I was excited to watch it and it was AWESOME! "He, doggie! Hi MARK" Best movie ever!