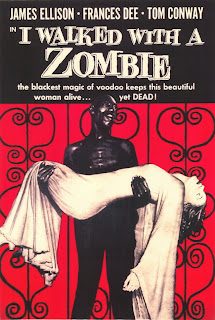 When I was doing my research to interview author Andrew Bailey—whose volume Cinema Now had recently been published by Taschen—I noted in his bio that one of his favorite movies was Val Lewton's I Walked With A Zombie. Intrigued, I asked Andrew if he'd be willing to talk with me about Lewton's 1943 masterpiece and he said yes.

* * *
Michael Guillén: I Walked With A Zombie. That's not a movie you usually see included in most people's favorite five.

Andrew Bailey: No. [Smiling.] I'm just a fan of B-movies that are a lot smarter than their own good. That has a lot to do with Val Lewton as a producer and Jacques Tourneur as a director. [I Walked With A Zombie is] an eerie, beautiful, confounding, enigmatic film that you can watch time and time again—like Cat People before it—and take something new each time. There's a certain—and I say this in a good way—"witchery" about it. It's a mysterious film. There's something deeper beneath the surface that we can't quite touch. It opens up an interest that I have in films that convey a certain uncanniness, where you can't quite put your finger on what they're trying to say. [I Walked With A Zombie] and Cat People both do it splendidly. 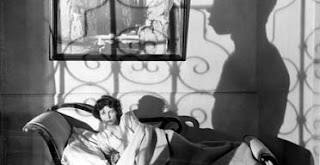 Guillén: Have you written an essay on the film?

Guillén: Do you think you ever would?

Bailey: Maybe someday. I'm still getting my education like you are. Still learning, I guess.

Guillén: I've watched I Walked With A Zombie four-five times now. This last time I watched it was the first time I realized the movie should really have been called I Walked With Zombies. Plural. I finally realized that in that opening shot Betsy (Francis Dee) is walking with "zombie" Carrefour [Darby Jones]! 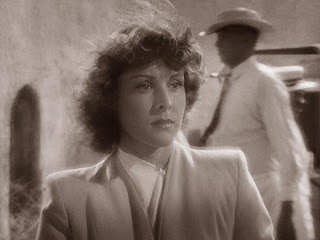 Bailey: Which is almost like a nonsequitor, if I can use that word. It's outside of the film. It doesn't exist in the story. What it does, it's a coda or an epigram, and it immediately sets the stage [even though] you don't quite know what you're seeing.

Guillén: Another aspect I enjoy about I Walked With A Zombie is its somehow "exotic" locale; more so than the usual Eastern European settings for such horror or terror films. The Old World has been cinematically configured as the bedrock of horror but I Walked With A Zombie relocates that bedrock to Saint Sebastian, an unspecified island in the West Indies.

Bailey: Which adds to the mystery of it, for sure. Mainly for me the draw is that those RKO Lewton films [demonstrate] Lewton's ability to make so much more out of less. And they've stood the test of time. You can watch [Zombie] again and again and be bewitched by it. Its photography. Its sound design. The sound design in I Walked With A Zombie is superb. Again, it's mysterious, unsettling, it's the tribal drums. 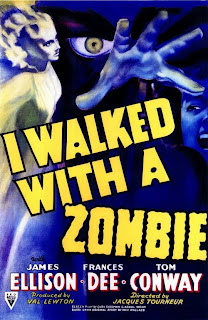 Guillén: And such atmospheric cinematography! All that plantation Venetian blinds striping. Would you consider it a noir film?

Bailey: Proto-noir. Like Citizen Kane is considered a proto-noir. Both [I Walked With A Zombie and Cat People] came out after Kane; but, yeah, the shadows and the light, the uncanniness, the sense of mystery, all of that came into play in a noir kind of atmosphere. The dread.

Guillén: I'd love Eddie Muller to do a sidebar on the three Lewton/Tourneur films at Noir City one of these years. Just to see the films projected on a big screen!

Bailey: I did see Night of the Demon on the big screen at the Walter Reade in New York and it was eerie but it was so overtly supernatural. What I like about Cat People and I Walked With A Zombie is that they're subtle.

Guillén: And I've been thinking lately of how both characters—Irina in Cat People and Jessica in Zombie—die pierced; Irina by a sword-cane and Jessica by the St. Sebastian arrow.

Bailey: It's a significant image. You see it on cave paintings. There's a mythic quality to both of those films as well and they're using symbols in the mix that are very subtle and yet no-so-subtle.

Guillén: My favorite image is that brief overhead shot of Carrefour standing at the edge of the waves.

Bailey: It's haunting and there's a sadness to it as well.

Guillén: Any take on Alexander Nemerov's thesis in Icons of Grief that the sadness in Lewton's films responded to and reflected the unexpressed grief felt at the homefront during the War?

Bailey: If that's the case, I like it even more. I've not read that book and I wish I had more of a background on Lewton. For a B-movie to do that is even more commendable. Sometimes that's what it takes—to go into genre films to convey such messages more powerfully.

Guillén: Speaking of working creatively within genre films, Kiyoshi Kurosawa is one of my favorites and is included within the Jones/Scorsese documentary….

Bailey: I would have loved to have had him in [Cinema Now].

Guillén: Kurosawa was the first director to make me aware of the morphing of genres within a film.

Bailey: And morphing a genre film and an art film. Pulse is an art film in terms of talking about Lewton and Tourneur; the mood that's created in the sense of dread in Pulse is palpable. There's that eeriness that you can't quite put your finger on. The uncanny. There's a sadness to Kurosawa's films as well. There's a connection between Tourneur and Lewton and Kurosawa.

Guillén: And that's implied in the documentary. Any other Lewton films haunt you?

Bailey: I like the one about the suicide cult, The Seventh Victim. The faces in that movie are haunting. It's one of those existential knots at the end of the film where she's trapped.

Guillén: Any comments on Lewton's depiction of race? Or his usage of minority actors? 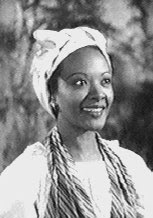 Bailey: It's patronizing on the part of white actress Francis Dee when she says, "Oh, they've brought you to such a beautiful place." But, on the other hand, the black actresses are the heart and soul of the film. They're spirited where the white characters are dead. Lewton or Tourneur or both of them together had a strong humanism that emanates from I Walked With A Zombie, especially when you see Carrefour and how tragic a character he is. It's those characters that you emulate and feel for.

Guillén: How about the end? Is Wesley in a trance when he opens the gate for Jessica and then follows with the spear to kill her? Or has he gone mad with guilt?

Bailey: It's one of those instances where the film is deliberately enigmatic. It doesn't want you to be able to draw easy answers. It could suggest that all of the white people are in a trance. But the beauty of those films is that there's that kind of mystery where you either have to watch it again or reflect a little bit more deeply on it than you would another film.

Guillén: And what do you think of that sequence where Jessica confronts Betsy menacingly in the tower? She's first made up to look deathly….

Bailey: It's terrifying and the light is on her. But when she steps away it's normal.

Guillén: Yeah, what's that all about?

Bailey: They're just messing with you. It's that kind of witchery that I was referring to earlier. It's not designed to be consistent. You're dealing with a supernatural atmosphere and the boundaries between the human and the other world. That's the perfect example. Things can change from moment to moment.

Guillén: You've used the term "uncanny" a lot. What exactly do you mean by that? 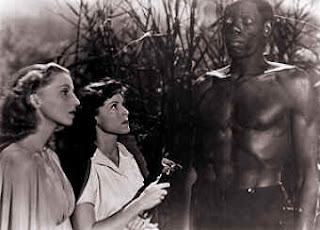 Bailey: The uncanny for me is when you just can't quite put your finger on what's trying to be said. There's something deeper there. There's something that's not literal, that's not on the surface, whether it's subliminal or something that's written in the unconscious. For me, that's the uncanny. I think it emanates from both of those films—Cat People and I Walked With A Zombie—there's more there than meets the eye.
Posted by Michael Guillen at 1/14/2008 01:48:00 PM

Hi Michael --- Very much enjoying your Val Lewton Blog-A-Thon. It's been some months back, but I wrote a three-part story on Lewton's films at "Greenbriar Picture Shows" that might be of interest. The links are below ...

Great interview. I also love this movie, and have always wanted to track down whether or not Jean Rhys saw it before writing Wide Sargasso Sea. I feel as though she must have. So many elements, including the racial guilt, play through both the movie and the novel.

John, your Lewton triptych is thoroughly fascinating. Where do you find all those graphics? Thanks so much for offering them to the blogathon.

Campaspe, the Sargasso Sea connection is an intriguing one. How would you go about finding out if Rhys patterned it after I Walked With A Zombie?