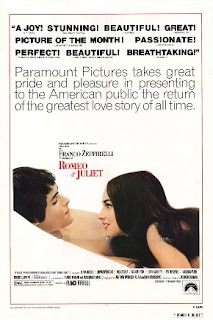 I don't know if it was sexual confusion or unbridled adolescent lust that caused me to pin up photos of both Olivia Hussey and Leonard Whiting on my bedroom wall when I was 14 years old; I just remember I loved looking at them both. Sometimes I'd imagine I was Leonard kissing Olivia and then I'd imagine I was Olivia being kissed by Leonard. It was an ambiguous, androgynous thrill!

All these years later I have to admit my orientation remains more indecisive than some might assume. More constant is Olivia Hussey's beauty, which Bay Area filmlovers will have the chance to appreciate in person when she appears on the Castro Theatre stage interviewed by Jan Wahl for a Valentines Day screening of Franco Zefferelli's Romeo & Juliet. This rare screening of Zefferelli's 1968 masterpiece will be shown in a gorgeous archival print. 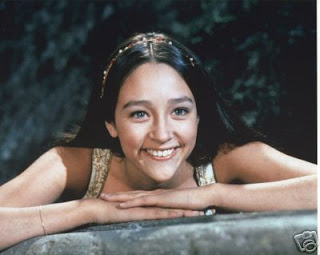 As impresario Marc Huestis reminds us, Zefferelli's film galvanized a generation on its release when it cast two young and beautiful unknowns to portray the star-crossed lovers, bringing exquisite visuals and new vitality to Shakespeare's classic. Huestis delivers Hussey on stage to discuss the making of Romeo & Juliet as well as her other career highlights. 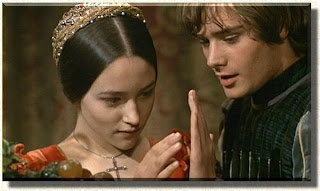 But the Castro Theatre screening of Romeo & Juliet belies a love story behind the scenes of Shakespeare's classic that comes to the foreground in a significant and timely way. That love story is one between Marc Huestis and the City of San Francisco. With individual flair and at much personal expense Marc has been entertaining San Franciscan audiences for decades, first as a performer in the legendary Angels of Light, and then as a producer of on-stage extravaganzas that have paid homage to the stars of yesteryear and bridged the gap between artist and audience. I interviewed Marc for SF360 when he was presenting his Fabulous Fashion Film Festival last year and it was at that time that it became clear to me how much Marc was struggling to maintain his creative offerings to San Francisco. Rising costs, changing exhibition platforms and audience apathy have made his extravaganzas more difficult to mount and administer. Though he dreams of continuing to add to San Francisco's cultural history, the realities of doing so may force him to give up such dreams. Thus, I was particularly pleased when the San Francisco Board of Supervisors recently honored Marc with a proclamation honoring his contributions to the city's cultural landscape.

But we all know that the only piece of paper that really pays the bills is printed currency. To that effect, the Valentines Day screening of Romeo & Juliet marks an urgent outreach to the San Francisco film community. If we wish Marc to continue in his creative ventures, he needs our support more than ever before. If ever there has been a project of his that you have wanted to support, this is the one. It's truly a make-or-break proposition for him. Marc has challenged those who believe in his vision to help him fill the Castro Theatre by selling 10 tickets each. The Evening Class has accepted this challenge by purchasing a block of tickets and here's the best part. I will give four sets of these orchestra seat tickets to four individuals who write up a no less than 250-word piece on Zefferelli's Romeo & Juliet to be published on The Evening Class. The deadline for this contest will be Saturday, February 9, so put on your thinking caps and send your written submissions via email to michael.guillen@gmail.com. Let's prove to Marc Huestis that we honor not only the show in show business but the business itself. I look forward to your entries! If writing is not your forte, then please consider purchasing your tickets for this important event via Ticketweb.
Posted by Michael Guillen at 1/20/2008 03:04:00 PM

Good luck with your efforts on this. What a treat to be able to see an archival print of this great film on the big screen.