Each year when the Academy of Motion Picture Arts and Sciences officially announces their nominations, I momentarily wax nostalgic thinking back on the individuals I've had the chance to talk with in the preceding year who find themselves looking skyward at the starting gun. 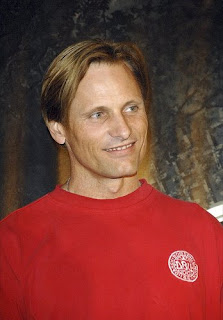 This year in the category of Best Actor in a Leading Role, I sat down with Viggo Mortensen when he and David Cronenberg were in town promoting Eastern Promises. He was thoroughly down to Earth and gave me an inscribed copy of one of his books. Our conversation was published by Greencine on their main site. 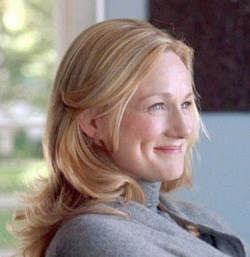 In the category of Best Actress in a Leading Role, Omar Moore and I chatted it up with Laura Linney when she was in town promoting The Savages. That conversation is up on The Evening Class. I'm booked to interview Marion Cotillard this coming Tuesday and that interview has been optioned by Greencine. I'll advise when that goes up.

I drank coffee with Marjane Satrapi and interviewed Vincent Paronnaud, the co-creators of Persepolis, nominated for Best Animated Feature. Both the Satrapi and the Paronnaud pieces are up on The Evening Class.

Tony Gilroy, nominated for both Best Achievement in Directing and Best Original Screenplay, proved thoroughly charming and fascinating when we spoke during his tour through San Francisco. That piece will be going up on Greencine on February 18, timed to its DVD release and just in time for the Oscars.

I'm booked to interview Stefan Ruzowitzky when he passes through San Francisco in the next couple of weeks and will advise when that goes up. His film The Counterfeiters—which I wasn't sure anyone would want to see—has been nominated for Best Foreign Language Film. I'm glad I underestimated his audiences. 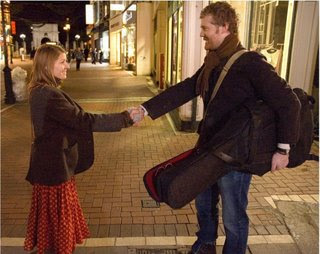 "Falling Slowly" is just one of the tunes composed by Glenn Hansard and Marketa Irglova from the Once soundtrack that I couldn't stop humming for weeks. I'm delighted it's been nominated for Best Original Song, just as I was equally delighted in talking to the two of them. That conversation is up at SF360, with a personal aside on The Evening Class. 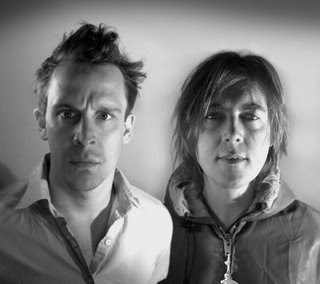 Chris Lavis and Maciek Szczerbowski seemed coy considering their chances for an Oscar nomination for Best Animated Short when I assured them it was in the bag. Madame Tutli-Putli is a marvelous testament of creativity and my lunch with the two of them one of my favorite meals ever; up on The Evening Class.

So how's that for namedropping? I assure you, the pleasure is all mine.

01/28/08 UPDATE: Dishearteningly, it's now possible that "Falling Slowly" may be disqualified from the original song category, per David Carr at The New York Times.