"Mum's the word" doesn't quite apply to the buzz that's already starting to be generated regarding The San Francisco Silent Film Festival's 12th annual event at the Castro Theatre. The program lineup is online. I'm particularly excited by the Camille screening because of its tribute to Turner Classic Movies with Robert Osborne attending to receive the honor. Robert has already agreed to meet me for coffee so I'm thoroughly tickled to meet someone I so admire. 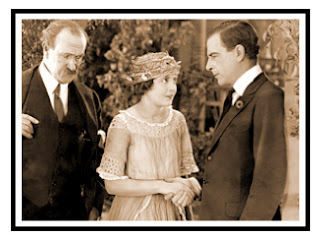 I'm also excited about Miss Lulu Bett, which Brian Darr (the Aesthetician of Anticipation) has thoroughly researched for the festival. Anything he turns his eye to alerts me to match his gaze. As he's written at Hell On Frisco Bay: "I've been writing about film, finishing up my (volunteer) work for the Silent Film Festival research committee, the whole process of which has been as much fun as it has been a growth experience for me. With a great deal of support and editing assistance from the other members of the group, I've written for the program an essay on one of the films selected for this year's July 13-15 festival. Now that the festival's program has been announced, I can reveal that 'my' film is William C. de Mille's Miss Lulu Bett, a 1921 film starring Lois Wilson, based on the novel and Pulitzer Prize-winning play by Zona Gale. I chose the film at the first committee meeting because I knew it had been inducted into the National Film Registry in 1921, and because I'd become intrigued by de Mille's direction of the one film I'd seen by him, Two Kinds of Women. I had no idea Miss Lulu Bett would be such a terrific film, or that William de Mille, Zona Gale and Lois Wilson would be so interesting to research. It will play at the Castro Theatre on Sunday, July 15th at 3:35 PM with a live musical score performed by the Mont Alto Motion Picture Orchestra. Arrive a little early and you'll see a slide show I put together on the de Mille family." Congratulations, Brian! 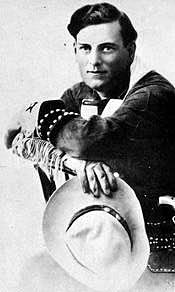 As Brian has likewise previously written, preceding the San Francisco Silent Film Festival will be the 10th Annual Bronco Billy Silent Film Festival being held June 29, June 30 and July 1, 2007, at the Niles Edison Theater, 37417 Niles Boulevard, Fremont, CA 94536. As filmbud Frako Loden advises, it's the 100th anniversary of the founding of the Essanay Film Mfg. Co. based in Niles (near Fremont), California, home of Charlie Chaplin's Tramp character and Broncho Billy Anderson, the first Western film star. I'm hoping to join her for the Best of Broncho Billy screenings on July 1.
Posted by Michael Guillen at 6/11/2007 10:16:00 AM

I'm glad you're excited about the festival too, Michael, and that it will provide an opportunity for you to meet Robert Osborne. I can't wait to hear how that goes!

Sometimes it takes seeing one's words quoted on another blog to recognize an embarrassing typo. In my head, Miss Lulu Bett was absolutely, positively, beyond any shadow of doubt added to the National Film Registry in 2001, not 1921. But those pesky fingers typed otherwise.

I hear that the Broncho Billy Film Festival is selling tickets pretty quickly, so be sure to secure your tickets in advance!

Oh what's 80 years or so between friends?