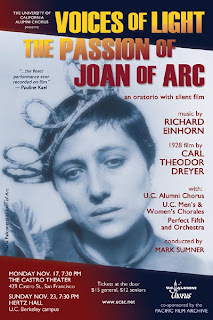 Carl Theodor Dreyer's 1928 silent film classic The Passion of Joan of Arc is a renowned masterpiece whose rescue from obscurity is the stuff of legend. Long thought to have been lost to fire, the original version was miraculously found in perfect condition in 1981—in a Norwegian mental institution. I first heard of the film through the diaries of Anaïs Nin in her compassionate written portrait of Antonin Artaud, who portrayed the monk Massieu. Long interested in Artaud, I welcomed the opportunity to view the film when it achieved a digital restoration for its Criterion DVD release.

The film details the last hours of Joan of Arc after she has been captured by the English. Her trial, imprisonment, torture and final execution are rendered similarly to a passion play, particularly through Dreyer's facial close-ups, effected through the use of recently-developed panchromatic film. Renée Jeanne Falconetti (aka "Maria" Falconetti) was commended for her multifaceted performance as Joan, which was her second and last movie role. New Yorker film critic Pauline Kael enthused Falconetti's turn as Joan of Arc "may be the finest performance ever recorded on film." 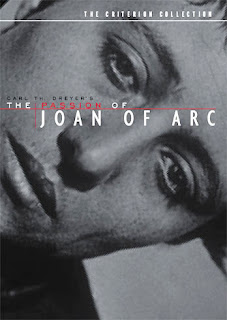 Lack of funds prevented Dreyer from employing the new technology of sound for his film so he elected to shoot it silent, intending it to be watched that way with no musical accompaniment. However, in 1994 composer Richard Einhorn wrote an oratorio based on the movie, entitled "Voices of Light", which was offered as optional accompaniment on the Criterion DVD release. Einhorn's oratorio combined with screenings of Dreyer's The Passion of Joan of Arc proved to be a stunning evening of music theatre. The critically-acclaimed event brought sold-out houses to their feet at the Brooklyn Academy of Music Next Wave Festival; at Avery Fisher Hall in Lincoln Center; at the Kennedy Center and Wolf Trap with the National Symphony; and in dozens of major concert halls across the country. It has now made its way to San Francisco where it will be performed live at the Castro Theatre on Monday evening, November 17, 7:30PM in a co-presentation with Pacific Film Archive. There will also be an encore performance on Sunday, November 23, 7:30PM at Hertz Hall on the UC Berkeley Campus.

The concert features the University of California Alumni Chorus, UC Men's and Women's Chorales, Perfect Fifth, The Women of UC Berkeley's Perfect Fifth as the Voice of Joan of Arc, and orchestra. Soloists are David Maier, tenor, and Martin Bell, bass-baritone. Tickets will be available at the door; General Admission $15, Seniors $12. For more information, call (510) 643-9645 or visit the UC Alumni Chorus website.

This spectacular concert will be conducted by Dr. Mark Sumner, director of the UC Choral Ensembles. The Evening Class had the opportunity to touch base with Dr. Sumner in anticipation of this event shortly before his running out the door to fetch the 35mm print at FedEx. My thanks to Katie Woodruff for facilitating an introduction. 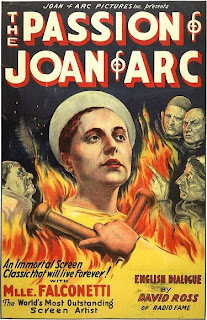 Michael Guillén: Mark, could you provide some background on your position with the UC Alumni Chorus?

Mark Sumner: I've been there for 12 years. It's an extracurricular wing associated with Cal Performances. Our particular department also contains the Cal Marching Band and the Jazz Ensembles, which are an instrumental group of students for those three components and I oversee the activities of nine different ensembles.

Guillén: This particular event will include two or three different ensembles, will it not? The University of California Alumni Chorus, the UC Men's and Women's Chorales, and Perfect Fifth? Let alone orchestra?

Guillén: I'm aware this is a concert that has been performed in various venues around the country since its initial debut, but how did it arrive to the Bay Area through you and your association with the Pacific Film Archive? 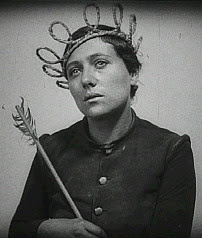 Sumner: I performed in some of the original performances with the composer conducting back in the mid-'90s while I was still living in Los Angeles. I did a tour to the Midwest where we did several performances and I did several performances in Los Angeles at the Ford Ampitheatre and around. Anonymous 4 were used as the voice of Joan of Arc. The group that I sang in toured with them. I became familiar with both the movie and the oratorio some 13 years ago or so. It came to mind last year when the San Francisco Choral Society did a piece that was written not too long ago to accompany an anti-war documentary, which I felt was appropriate for the time. I noticed that they didn't perform it with the movie so I rented the movie, which I found to be insulting; I didn't care for it at all. I thought to myself, "Surely the Einhorn score to one of the greatest movies ever made would be something to do." I thought it would be a fun thing for my students to be involved in, the chorus that I've had for 12 years, I'm always interested in unique programming for them, so I phoned the composer and before I knew it we had a contract and we're doing it! I had done it with 12 voices but I thought it would be much more powerful with a large chorus, a "sea of humanity." You see that in the movie in the stark contrast between Joan's face, up close and personal, and the judge and various other people, but then there's the masses outside the church and the chaos and the protest, the people whose faces you see later in the movie who are just as emotional about what Joan represented. 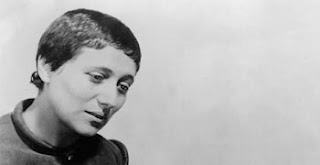 Sumner: It's rather unique in its design. There are several components to which I particularly responded. The musical language he uses is definitely inspired by medieval harmonic writing, yet it also seems to evoke 20th century elements. Einhorn studied with Philip Glass. I think he had a pretty good ear for emotion and drive and intensity. The music pairs up nicely as a commentary and as an enhancement of what you're seeing visually. The texts that he selects are quite remarkable.

Guillén: My understanding is that those texts come from the writings of medieval female mystics?

Sumner: Exactly. There are some of Joan's own words; but, of course, she was illiterate. She didn't write them down herself. There were some surviving transcripts of things she had said. Just as Dreyer discarded his original screenplay and decided to go with actual transcripts of Joan's trial, Einhorn was strongly inspired by this appropriate selection of texts. Also, with a large chorus often using words from the traditional Catholic mass, juxtaposed with Christian writing inspired by Joan of Arc, or by other female mystics as you said who were likewise burned at the stake, it's remarkable how Einhorn's choice of texts interweave with the movie.

Guillén: I understand you will be using Perfect Fifth for the voice of Joan? Can you speak about them? 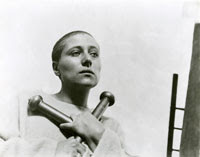 Sumner: I have some very talented young singers so I decided to use the female singers in Perfect Fifth, similar to Anonymous 4 who specialize in medieval renaissance music. Perfect Fifth is a select madrigal group and the girls will be sharing solo duties and also singing together the voice of Joan in harmony and sometimes in unison. There are moments in the movie where Richard Einhorn has set places where the voice of Joan is sung in innocent-sounding series of simple melodies and beautiful open harmonies and so I specifically wanted a younger quality of voice and Perfect Fifth does that very well.

Guillén: How did the Pacific Film Archive become involved in the project?

Sumner: I actually went to them. They had shown the movie recently a year or two ago in Berkeley so I approached Susan Oxtoby because we wanted to present it more than once and I was looking for appropriate venues. For the size of the choruses that I was wanting to engage, PFA had no venue themselves that they could offer me; but, Susan was so excited about this project that she agreed to help sponsor the presentation at the Castro Theatre, as a place that would—of course—screen a 35mm print.

Guillén: Will the Castro Theatre's Mighty Wurlitzer be used in the presentation?

Sumner: Not for the Einhorn score, no; but, we've asked them to play before the show just as they do for everything else. I have no idea what they're going to play and I can't imagine it fitting with the movie very well—the movie is so serious and strong—but, they're very creative so I'll be curious to see what they come up with.

Guillén: Well, Mark, thank you for taking the time. I'm really looking forward to what I expect to be a remarkable event.

I'm sad that I will miss the Castro screening due to an unavoidable conflict, and that the Hertz Hall screening that I can make will be sourced digitally. But I think I will attend the latter nonetheless, as I'm at least as interested in hearing the music performed live as I am in seeing the film projected perfectly. I'm so glad you did this interview!

Thanks, Brian. I'm really looking forward to the Castro screening tomorrow. Sorry I won't see you there.