NO MILK FOR CINEMARK THEATRES! 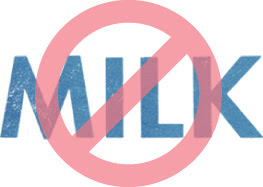 Yesterday's demonstration at San Francisco's City Hall underscored my awareness of how atrophied my political activism had become during the Bush administration. It felt good to feel myself return to form. Jesse McKinley offers an inspiring overview of the national protest for The New York Times. Not wanting to stop there, however, I sought out something else I might do to further this fight within my existing interests and volunteered for the "No Milk For Cinemark Theatres" campaign, which I felt could be an effective strategy to ameliorate the less-focused animosity towards the Sundance Film Festival.

As Dave Poland reported at The Hot Blog, John Aravosis chased down another significant "Yes on Prop 8" financial supporter: Alan Stock, the CEO of the Cinemark theater chain, who donated $9,999 to the Yes on 8 Campaign. The reasoning behind the "No Milk for Cinemark Theatres" campaign is that if 1,000 individuals commit themselves to see Milk at a competitor's theatre instead of Cinemark, at an average cost of $10 a ticket, that will result in $10,000 of lost revenue. Hopefully, the numbers will be even higher than that.

Here in the San Francisco Bay Area the Cinemark Theatres to avoid are:

Hayward—Century Theatres at Hayward (1069 B Street)

I strongly encourage readers of The Evening Class to check out the No Milk for Cinemarks Theatres website to determine which Cinemark Theatres to avoid in their areas. Boycotts work. A boycott of a Sacramento theatre company resulted not only in the resignation of a Yes on 8 contributor, but a public apology and donation to the Human Rights Campaign! We can—(or as Tom Ammiano stated it more forcefully in yesterday's rally) we will—do this again.

Of related interest is that the organizers of the successful Join the Impact rally are now calling for December 10, 2008 to be Day Without A Gay, encouraging the gay community to take a historic stance against hatred by donating love to a variety of different causes. Don't call in sick, call in gay and—in alignment with International Human Rights Day—donate your time to service!

UPDATE: Via Steve Silberman, DailyKos reports on internal memos from the LDS Church that reveal their longstanding strategy to defeat same-sex marriage.
Posted by Michael Guillen at 11/16/2008 12:58:00 PM

I was thinking about writing this post but I'm glad you did instead. I will link it when I crawl out of my blog-shell next.

Interesting thing about Sundance: one of the Park City venues used by the festival is a Cinemark. In fact, it's the venue that the festival uses to screen the highest proportion of films that aren't tied in some way to the Indiewood machine. Foreign-made or otherwise commercially-marginal documentaries, avant-garde experiments, shorts programs, etc. And it's used as a press venue as well. Some of the films I've seen there include Manufactured Landscapes, Enemies of Happiness, casting a glance, Eat, For This Is My Body, Zidane, Protagonist, Wonders Are Many,
and perhaps most ironically, For the Bible Tells Me So, Edward II and Derek. It's definitely not where I saw Choke or the Visitor, however.

Hawley tells me you've been under the weather, Brian. I hope you're feeling better real soon.

I was aware that one of the theatres used at Sundance was a Cinemark and that's why I felt this strategy could be an effective one, if even on a short-term basis. I didn't realize, however, that many films were shown there. Thanks for the info.

Oh, I think I'm already essentially over my cold. Certainly the worst of it has passed- I'm not sure if it was the tylenol I took or the good vibes from watching Om Shanti Om but I'm essentially at full-strength now.

I went to see Leigh's happy go lucky at the Balboa Theater, and the experience was so civic and neighborhood-y that I'm going the extra mile to take my business strictly to locals, this includes theaters as well. So no cinemark for me :) at least for Milk

I've blocked the Sundance Channel. The festival never should have been held in the Hate State in the first place. That channel will be blocked until the festival leaves Utah and never looks back.