THE SERRATED EDGE OF VICTORY 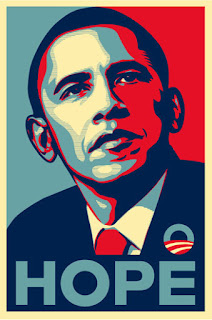 I never feel a great need to argue politics because I believe politics are more about actions than words. Many many years ago I was counseled by Chippewa elder Sun Bear: "Vote for who you want to; but, plant a garden." So I am both voter and gardener. That being said, however, the results of casting my vote in America's recent election brought not only unmitigated relief and inspired hope in democratic ideals, but also introduced conflicted feelings about how victories are hard won and how the edge of victory is painfully serrated.

As happy as I am that Barack Obama was elected President, I have to admit that it did not please me at all to receive a last-minute automated telephone call from him encouraging California voters to vote for Proposition 8, the state initiative reversing the fortitude of the California Supreme Court and halting gay/lesbian marriage. If—as has been written—politicians are indeed one-eyed cats, one has to wonder with which eye Obama is viewing the future when he includes gays and lesbians in his acceptance speech even as he lobbies for their second-class citizenship? Much statistical ink has already been spilled noting that the increase in the Black-American vote that secured Obama's victory is the same vote that reversed the California Supreme Court decision to grant gays and lesbians commensurate rights in the institution of marriage. At 55, I watch the pendulum swing on this grandfather's clock with weary patience. We're here, we're queer, and we persevere. I fundamentally believe that justice will prevail even if setbacks are instituted in the name of justice.

Part of the ingratiating process of pendulumatic politics is the necessary strategy of boycotting, because in this country you have to hit them in their wallet before they will finally pay attention. It saddens me to read on indieWIRE that the Sundance Film Festival is being singled out for boycott because I do believe they have done much to further the queer cause; but, I endorse it as a nudge for the organization to move out of Utah. Wouldn't San Francisco be a perfect location for future editions of the Sundance Film Festival? Isn't it time to shift their weather from snow to fog?

Other boycotts are in place; one against the Mormon-administered Marriott Hotels, which I likewise endorse. And there are several on-line signature initiatives currently in motion. This will, undoubtedly, be one of those key issues reversed and counter-reversed through several elections until youthful acumen replaces ageold prejudices. I place my faith in the young, even as I weed my garden and prepare it for Winter.

These thoughts came into focus this morning when I read the following on the Joseph Campbell Foundation website: "The story of Obama's faith begins with his mother, Ann. Raised in the Midwest by two lapsed Christians, she lived and traveled throughout the world appreciating all religions but confessing to none. One of Ann's favorite spiritual texts was Joseph Campbell and the Power of Myth, a set of PBS interviews with Bill Moyers that traces the common themes of religion and mythology, Obama's half-sister, Maya Soetoro-Ng, tells Newsweek. When the family lived in Indonesia, Ann, on occasion, would take the children to Catholic mass; after returning to Hawaii, they would celebrate Easter and Christmas at United Church of Christ congregations. Ann later went back to Indonesia with Maya, and when Obama visited, they would take him to Borobudur, one of the largest Buddhist temples in the world. Later, while working in India, Ann lived for a time in a Buddhist monastery."

Though Joseph Campbell himself came under fire from Christian theologian Martin Buber for seeking to compare Christianity with the other religions of the world, there is perhaps no greater effective politic to counter the ill-advised alignment of church and state; any church, any state. I hope that Barack Obama recapitulates his—perhaps—politically strategic endorsement of Proposition 8 to recognize the hurt and the harm it has done. Time will tell, as it often does in any individual's spiritual progression. Hopefully, as with any individual, his spiritual journey is a non-ending evolution.

Another loss for me in this political campaign was that of an endeared aunt who sent me one of the most racist, religiously intolerant emails I've ever received, and who—when questioned about such hateful advocacy—responded by calling me small-minded. I'm too old to obediently grant respect where it is not due and—as I weed my garden for Winter—recognize that there are no small minds, only small actions. I dedicate this entry to her.

Michael, I understand the pro Prop-8 robocalls that seemed to have Obama's endorsement were in fact intended to mislead. More here.

For weeks I've been wavering over whether to attend Sundance this year for a multitude of factors. I just can't see myself doing it now. I'm not convinced that a boycott of Summit county will do much good, but I just don't see myself feeling comfortable spending money anywhere in Utah at this moment. It's a beautiful state that I wouldn't want to see left to the intolerant, but Park City is really not the right-size town for a festival that huge anyway.

Brian, I've been receiving several emails reflecting your understanding. Thank you very much for your link. I appreciate it.

More than anything, I really believe Sundance should re-locate to San Francisco, don't you? Heh. We're not so oppressed by film festivals that we couldn't tolerate one more?

I'm also being corrected that my assumption that the passage of Proposition 8 was due to Black-American input is erroneous, that it's largely due to Mormon money. I love being corrected.

...but don't get me wrong. Some of my best friends, and their many wives, are Mormon.

yeah those robocalls were intended to mislead.

It'd be nice to blame it all on the Mormons but it's not only them.

Re: the black vote. the 'no on prop 8 ' people are saying it's not time for blame -- we can't alienate people and whatnot but i did find it really sad that i could celebrate with thousands of black people in Harlem where I live and feel genuinely overjoyed for them having such a historic moment (it was very happy for me too, don't get me wrong, but i could see in everyone i talked to on that historic day just a week ago that it went much deeper for them) but i knew that many of them wouldn't feel any such joy for me were my people finally able to have such a moment.

I'm still slightly stunned that Prop 8 won. I've read that the Yes side actually ran their campaign closer in tone to that of a "No" campaign (since the law had only been on the books for a short while) and found greater success in positioning this as something that should NOT be added to the law books for fear of homosexuality being taught in the schools, locusts descending on the state and the "slippery slope" of beastiality shops on every corner.

As Arbogast said on his great blog, "Marriage doesn't need to be protected, it needs to be practiced."

Thanks Nathaniel, Bob, for your comments. I appreciate these measured responses to what was more an emotional entry than an informed one. Over at The WELL--where I cross-published this--this entry has been deemed "appalling" for not being fully researched. I'll accept that slight, even as I realize that the Bush years have weakened me as a political animal. I became so numb to one horrific atrocity after another that it's going to take some rehabilitation to return me to a working political sensibility. Thank you all for your patience and your guidance.

I told myself on election day that I would look at ever race and issue and hold each one for at least five minutes before going on to the next one, so the joy of, say, Ohio going blue, wasn't fully cancelled out by, say, Montana going light pink.

So I'm in agreement with everyone here that the movement behind Barack's win failed us concerning Prop 8, making Tuesday a bittersweet day.

You probably have the link already, but FiveThirtyEight has a succinct post tempering the argument that it was Blacks and Latinos that pushed Prop 8 over. (New Latino voters actually voted significantly against the Propostion.) - http://www.fivethirtyeight.com/2008/11/prop-8-myths.html

As for the RoboCalls, yes, they were one of many deceptive tactics engaged in by the Prop 8 backers. (Uhm, what's that about "Bearing False Witness", Mr. Morman?) Obama was against Prop 8 but, as Rachel Maddow and others have pointed out, he's not stupid. He knows that clarifying being against Prop 8 with a statement about his 'personal' belief (it's still a poltical belief even if you claim it's just 'personal') that marriage is between a man and a woman would be used in the unethical way Prop 8 Supporters used it to get their immoral Proposition passed. In this area, Obama could have done better and instead failed the country.

Anyways, here's what I've been saying to the Prop 8 Supporters I stumble upon since the sad day of Prop 8 - You are not engaging in a constitutional right by stripping away the rights of others. You are instead engaging in tyranny which is why we have a court system that keeps in check the tyranny that our forefathers knew direct democracy could occasionally breed. (Personally, civil rights issues should not be part of the Proposition process for that very reason.)

Thank you, Adam. Speaking of protests, will I see you Saturday morning in front of City Hall?

I remember when Colorado's Amendment 2 passed by a margin almost similar to that for Proposition 8. All sorts of people were jumping up to proclaim Colorado "the Hate State". Obviously no one has learned from history. My understanding was that the anti 8 people never really campaigned or got the word out until they understood too late how serious the pro 8 people were. In Colorado, there was a false assumption that Amendment 2 would be voted down. Also, when Oregon had a similar amendment, lots of energy was devoted to that state while Colorado was ignored. I was hoping Prop 8 would be defeated, but I think the passing may be a bit of karmic payback for the shit Colorado got twelve years ago.

Yes, I'm planning to be there on Saturday. Hopefully the place will be packed with supporters of human rights. This will make it difficult to find each other, but it'll also be the 'fun' part of such protests.

btw, I thought about one part of my comment throughout the evening that I want to adjust.

(This is what makes me hesitant at times to post comments, worried that I might regret something I wrote in a fit of some emotion.)

I don't like the 'failed the country' part I said. It's too much straying into rhetoric that I find unproductive to getting our country back on track. So I rescind that. I would snip that part out if I were to rewrite my comment now.