MALAYSIAN CINEMA—The Elephant and the Sea 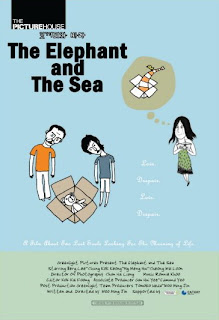 A few years back at the 48th San Francisco International Film Festival the organizers shone a spotlight on a sextet of films representing an emergent wave of independent film coming out of Malaysia, a multi-cultural society where the development of digital video and the growing sophistication of a new, cine-literate generation had taken the international film festival circuit by storm. For me, the showcase was a thrilling exposure to the social realities and divergent voices of Malaysia's diverse ethnicities. Included among that showcase was the world premiere of Woo Ming Jin's Lampu merah mati (Monday Morning Glory, 2005).

Dispatching to indieWire from the 2007 Rotterdam International Film Festival, Dennis Lim reiterated that "[t]he growing diversity of Malaysian film reflects the irreducible complexity of Malaysian society, which is composed of not fully integrated Malay, Chinese, and Indian ethnic groups and where identity is intricately bound up with race, religion, class and stark differences between rural and urban experiences." The world premiere of Woo Ming Jin's sophomore feature The Elephant and the Sea proved to be the discovery of the Rotterdam International for Lim who praised the film's "economical storytelling, evocative details, dry wit, and ample visual intelligence" and who concluded that—with any luck—the film would have a festival life in its future. 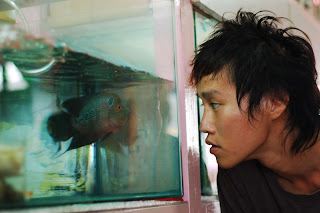 Along the route, the praise has been uniform. Los Angeles critics Robert Koehler and Doug Cummings both wrote glowingly of the film when it screened in last year's International Showcase at the Los Angeles Film Festival. Writing for Variety, Koehler deemed it "brilliant" and "the work of a striking new voice on the East Asian film scene." Drawing comparisons to the films of Tsai Ming-liang, Koehler asserted the film stood alone "as one of the most resonant expressions of the strife and misfortune experienced by southeast Asia's rural poor, but framed by an exceptionally developed—some would say demanding—aesthetic that stresses visuals over polemics." At Film Journey Cummings concurred: "Elliptically told through static long shots that convey the setting's natural–if dilapidating–beauty, the characters attempt to patch up their lives after an unseen disaster." He praised the film's "unforced humor" and "its significant visual and structural wit." 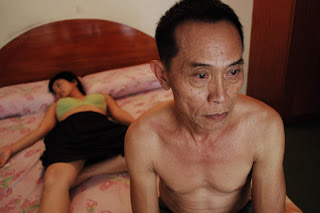 The Elephant and the Sea's East Coast premiere at the 2007 New York Asian American International Film Festival earned further kudos from festival programmers who described it as "a contemplative and intoxicating drama that bristles with wit and visual acuity" and whose "aural background" proved as "expressive as the off-kilter dialogue and gorgeous cinematography." Writing for The House Next Door, Andrew Chan contextualized the film's numerous accomplishments. Though dubbing the film as "Tsai-lite" with such characteristic trademarks as "the resolutely static camera; minimal dialogue and music; the disaffected and practically mute male lead; obsession with sexual longing and dissatisfaction; and tension between an ascetic style and narrative unpredictability", he distinguished Woo Ming Jin's effort for his "consistently intelligent camerawork, instinct for ellipsis, and hypnotic pacing" and for "smoothing away most of the shock value that scared viewers off from films like Vive L'Amour and The River", even while faithfully emulating Tsai Ming-liang's aesthetics. "Though it might be difficult to recognize from the arm's length at which the film holds you," Chan writes, "there is a soft-heartedness here that can humanize the difficulty of Tsai's style for a whole new audience." 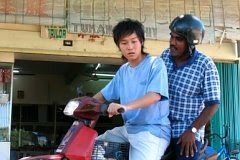 With yet a little more luck this festival darling will spin away from its art house champions to continue around the dance floor with theatrical audiences when the film opens this Thursday for a two-week run in Malaysia, and hopefully stateside. Producer Edmund Yeo has done a fine job of shaping the film's edit to public appetite. "[I]t appears that Woo has a more consistent, industry-friendly understanding of how to sell an art movie," Ezekiel Lee Zhiang Yang has emphasized at Cinema Online "or perhaps that is the work of producer Edmund Yeo, who is responsible for this 96-minute version with tighter scenes and more music?" Yang stresses: "An art movie paced properly will find converts."

Certainly one wants to believe so. After so much critical praise, I'm hoping audiences will lessen narrative expectations to allow the film's visual charm to wash over them. As Woo Ming Jin explained to Twitch teammate The Visitor: "What inspired The Elephant and the Sea was the JE (Japanese Enciphlitis) outbreak in Ipoh (my hometown) during the 1999 period, where all the pigs died, and also many farmers. People stopped eating pork for like a year. That was the starting point. I was living in Ipoh then, so it was something I took away." 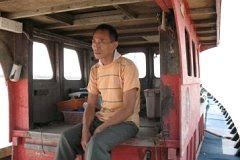 Similar to Tsai Ming-liang's environmental and epidemic concerns, The Elephant and the Sea is a cautionary and surreal apocalyptic tale about two men—Yun Ding a twenty-something layabout and Ah Ngau an elderly fisherman (both performed to understated perfection by Berg Lee Seng Wan and Chung Kok Keung, respectively). Both are affected by the deaths of people close to them from an unspecified seaside contagion. Though their narrative trajectories run parallel, they never converge, though—as Ezekiel Lee Zhiang Yang phrases it—"the duality of their destiny is gorgeously conceived." And it is gorgeous. You can practically feel the tropical air of Malaysia's western coast. The dire consequences of unexpected death are punctuated by moments of such tender humor that—rather than becoming mired in tragedy—promise is revealed through whimsical perseverance. Even as a hungry little boy caught in a bear trap is scootered away to be sold into lord-knows-what kind of slavery, he is grinning from ear to ear, happily fed and enjoying the sensuous wind. Hopefully, audiences will feel the same way.