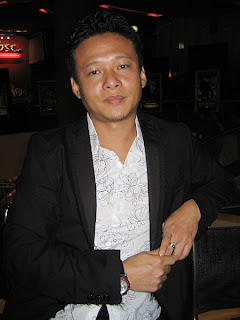 With this year's Toronto International Film Festival just around the corner, I feel like I've finished up last year's housecleaning with the Greencine publication of my interview with Lee Kang-sheng, secured at last year's TIFF where Help Me Eros touched down on North American soil. As I outline in my intro to the Greencine interview, Lee Kang-sheng's sophomore feature has not fared well with critics and distributors; but, praise needs to go out to Strand Releasing for bravely picking up the film for DVD distribution.

Of related interest is Twitch teammate Ard Vijn's review of Help Me Eros and interview with Lee Kang-sheng conducted earlier this year at the Rotterdam International Film Festival.

Amigo, would you mind attributing the photo? I took it at last year's World Film Festival of Bangkok and uploaded it to Wikimedia.

I wish I had read the interview before I wrote about the film as it put several aspects of the story in a clearer context. Still, I'm glad I saw Help Me Eros and hope others will give it a chance.

Glad you got the chance to catch the film, Peter.

Appreciate that Maya. I never got the chance to see Help Me Eros. It played to two sold-out screenings at the World Film Festival of Bangkok, and I was slow on the draw to get tickets. I hope to catch it on DVD someday.