Cinemocracy In Action! A while back I announced the upcoming Impact Film Festival here on The Evening Class. Today I received the festival's official announcement of the confirmed panelists and moderators for its slate of films set to screen for lawmakers, candidates and delegates at the Democratic National Convention ("DNC"). Three U.S. Senators, eight U.S. Representatives, one Mayor, eight leading journalists/ commentators, as many party and issue activists along with luminaries Sheila Johnson, Kerry Kennedy, Davis Guggenheim and Grace Guggenheim, Hillary Rosen, James Hoffa and others are set to participate. Panelists for the Republican National Convention ("RNC") will be released in a subsequent announcement.

"This Festival set out to have an impact on political discourse and we are honored to have so many lawmakers, journalists and activists joining our filmmakers and subjects to discuss the issues and priorities explored in our exceptional films," said Jody Arlington, one of the Festival;s three co-founders.

The Festival was programmed by top festival programmers and industry visionaries including programmers from Toronto, Sundance, Tribeca, Los Angeles Film Festival, Full Frame and IFP among others. Key acquisition executives from POV, Netflix/Red Envelope and HBO also participated on the programming committee.

The Impact Film Festival is presented by Starz, which is hosting the Starz Green Room, a gathering place for convention attendees and the media with panels, topical films and a VIP lounge. Other programming in the venue is presented by Seachange Communications.

Accidental Advocate (DNC/RNC) / Director: Jessica Gerstle—A moving odyssey of a father and daughter who track down the thinkers, politicians, crusaders and nay-sayers at the heart of the federally-funded stem cell research quagmire. World Premiere. 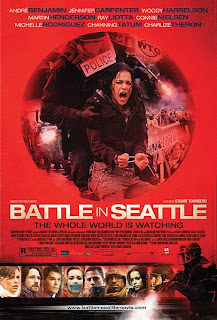 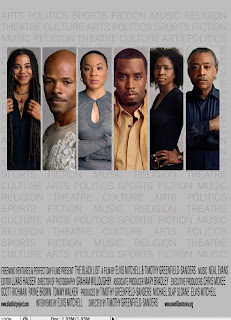 Black List (DNC/RNC) / Directors: Timothy Greenfield-Sanders and Elvis Mitchell—Dramatic portraits of some of today's most fascinating and influential African-Americans. Famed Elvis Mitchell joins our discussion for an in-depth conversation about reclaiming "The Blacklist". 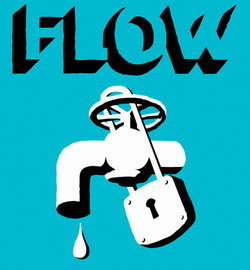 Flow: For Love of Water (DNC/RNC) / Director: Irena Salinas—While oil grabs headlines, the world's most important commodity is water. This compelling documentary examines what we are all taking for granted—and shouldn't. 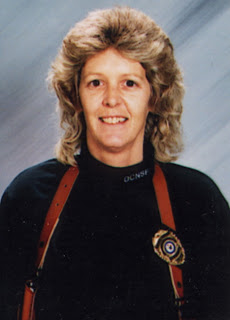 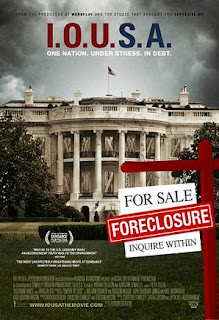 I.O.U.S.A. (DNC/RNC) / Director: Patrick Creadon—A bold examination of the rapidly growing national debt and its consequences for the United States and its citizens, brought to you by the director of Wordplay. 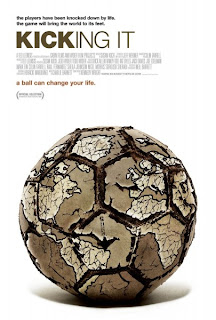 Kicking It (DNC) / Directors: Susan Koch and Jeff Werner—For those who live on the sidelines of life, Director Susan Koch trains her camera on what happens when the homeless grab the ball and get in the game at the Homeless World Cup.

Robert Kennedy Remembered (DNC) / Director: Charles Guggenheim—Iconic portrait of Bobby Kennedy who gave voice to the aspirations of a generation and who continues to inspire with his message of hope and commitment to social justice. The film was originally presented at the1968 Democratic Convention 40 years ago. 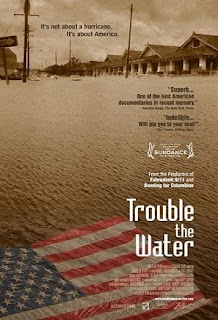 Trouble the Water (DNC/RNC) / Directors: Tia Lessin and Carl Deal—2008 Sundance award-winner about poverty in America as seen through the eyes of a couple trapped in New Orleans by Hurricane Katrina.

14 Women (DNC/RNC) / Director: Mary Lambert—Narrated by Annette Bening, this film follows female Senators such as Barbara Boxer, Hillary Clinton, Elizabeth Dole and Blanche Lincoln in the Capitol, on the road, on the campaign trail and even in their kitchen, exploring the issues, advantages and disadvantages of being a female politician in today's political climate.

At the Democratic Convention, the films will screen at the Starz FilmCenter in Denver, Colorado, August 25-28 as part of the Starz Green Room, at 900 Auraria Parkway, across from the Pepsi Center in Tivoli Center. At the Republican Convention, the films will screen at the Landmark Center in St. Paul September 1-4, at 75 W. 5th Street, near the Xcel Center. In addition to the day-time screenings, Impact Film Festival is hosting late night parties celebrating the filmmakers and saluting the Screen Actors Guild. For More information on screen times and ticketing, visit impactfilmfestival.org. For more info contact: Jamie Shor, 301-437-1533, jamie@impactfilmfestival.org

The Impact Film Festival is a program of The Impact Film Fund, a 501 (c) 3 not-for-profit organization founded in 2008 by Jody Arlington, Jamie Shor and Kimball Stroud, three veterans of the Washington political and film arena. Their mission is to celebrate and elevate the diversity and power of documentary and narrative storytelling to engage nuanced conversation about the issues of the day and increase cinema's impact. For more information and Festival updates please visit our website at www.impactfilmfestival.org