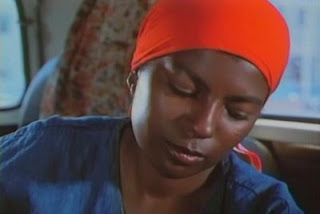 You gotta love Turner Classic Movies ("TCM") for respecting the breadth of the term "classic", applying it equally to silent films as to countercultural indies. Case in point: tonight's doublebill of Evening Class favorite Jamaa Fanaka, whose Emma Mae (aka Black Sisters Revenge, 1976) and Penitentiary (1980) are boasting their late night TCM premieres tonight at 11:00PM and 12:45AM PT, respectively.

I recently ran into TCM's Director of Programming, Charlie Tabesh, at the San Francisco International Asian American Film Festival, and welcomed the opportunity to congratulate him on his continuing creative programming; not only the Val Lewton retrospective a month or so back, on which I piggybacked the Val Lewton blogathon, but the Charles Burnett showcase, tonight's Fanaka doublebill, and their upcoming June focus on Asian and Asian American representation in film. Let it be said in print that Charlie Tabesh is guiding the art of exhibition right into the 21st century by championing films that might otherwise never be seen. Though Fanaka's films might not align with everyone's notion of "classic", their historicity is unquestioned and their impact on independent filmmaking seminal. Kudos to Charlie Tabesh for recognizing same! And a loving shout-out to my man Jamaa for his television debut!