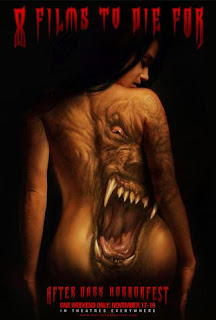 Crazy Eights and Lake Dead are the final two films to be acquired by After Dark Films for After Dark Horrorfest 2007. They join the existing slate of Borderland, The Deaths of Ian Stone, Mulberry Street, Nightmare Man, Tooth and Nail and Unearthed in the 2007 line-up of "8 Films To Die For."

Along with its partners AMC, Regal and Cinemark, After Dark Horrorfest 2007 runs over the course of one week, including two weekends, on over 300 screens across the United States from November 9–18, making it the largest commercial film festival in the world. This unique festival is the first of its kind, premiering "8 Films to Die For" celebrating the horror genre by showcasing films that run the spectrum of horror from thrillers to gore to the supernatural. After achieving groundbreaking success in its inaugural year, After Dark Films is back with an even bigger and better Horrorfest.

In 2006, After Dark Horrorfest became the first film festival in history to break into the top 10 at the national box office, grossing over 2.5 million dollars, on only a quarter of the screens of any other film in the top ten that weekend. The "8 Films to Die For" package, released on DVD by partner Lionsgate Films, has reached great success with over 1.8 million DVDs in circulation.

For more information on After Dark Horrorfest 2007, including how to purchase tickets and all access passes to this hair-raising national event, please visit the official website. Undoubtedly because San Francisco is glutted with film festivals during the month of November, Daly City is as close as this festival gets in the Bay Area.

In conjunction with YouTube, After Dark Films has renewed its search for the next great queen of scream—Miss Horrorfest 2007, the official spokesperson of Horrorfest. Last year the Miss Horrorfest contest proved to be the most successful contest in YouTube history. This month, contestants have submitted 90-second videos on YouTube and participated in live auditions across the country in the hopes of winning $50,000 and the coveted title of Miss Horrorfest 2007. Log on to http://www.youtube.com/horrorfest and watch the top contestants complete today.

Here's the 2007 After Dark Horrorfest Lineup:

SYNOPSIS: In Borderland, three Texas University seniors, on the eve of their graduation, road-trip to a Mexican Border town for a final weekend of drinking and debauchery. Their vacation becomes a living nightmare as the trio runs afoul of an ancient blood cult looking for human sacrifice. Based on true events, Borderland blends the raw fear of Texas Chainsaw Massacre with the gritty true crime realism of In Cold Blood, evoking a world of paranoia, death and terror.

SYNOPSIS: Six people are brought together at the funeral of a childhood friend. While settling the estate, they discover a map, which leads them on a search for a long forgotten time capsule, at the request of their dead friend. What they discover reawakens repressed childhood traumas and leads them on a journey through their long abandoned childhood home: a home with a terrible secret and a mysterious dead girl who will lead them to their strange fates. Before leaving the Twitch team, The Gommorahizer ("Gom") made two announcements regarding Crazy Eights. In his ubiquitous style, the second post contains the first. 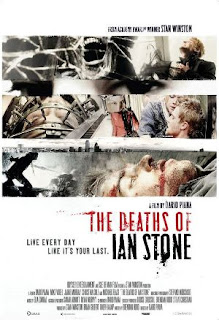 SYNOPSIS: On an otherwise ordinary night, the young Ian Stone encounters a mysterious creature and is forced him into the path of an oncoming train. Rather than facing certain death, Ian finds himself reborn into a new life that feels strangely familiar. After his second death, it becomes apparent that Ian is being hunted by an evil presence, and will be forced to die every day until he can solve the mystery of his own life. Todd Brown at Twitch provided two trailers for The Deaths of Ian Stone early last month. 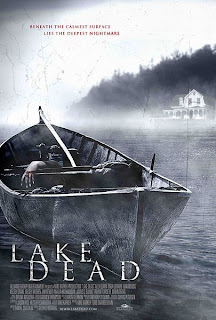 SYNOPSIS: Three beautiful sisters learn of a long lost grandfather, but only make this discovery upon the news of his grisly death. Enticed to visit grandpa's old home after hearing of an inheritance, the sisters head to the back country with some friends. We quickly follow the group of friends through the gates of a redneck-infested hell. The psychotic family occupying the inherited property goes on a long awaited, and much enjoyed killing spree. As the family's twisted motives unravel, the sisters discover a terror worse than death. Again, Gom's fifth write-up on this film for Twitch incorporates his previous four.

SYNOPSIS: The city that never sleeps may shut its eyes for good when a deadly infection turns its residents to savage creatures. There is only hope for a small few, including six recently evicted tenants who must protect their crumbling apartment complex as the city around them is thrown into chaos. Kurt Halyard just caught Mulberry Street at Toronto After Dark and wrote up this creature feature for Twitch. 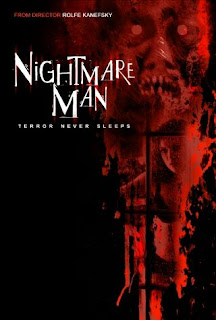 SYNOPSIS: When a woman orders an ancient fertility mask to help her conceive, her quest for motherhood turns into a quest for survival as it becomes clear the mask is possessed by a demonic spirit. Will anyone survive the Nightmare Man? Gom offered up some links at Twitch.

SYNOPSIS: A small group of survivors in a post-apocalyptic world take refuge in an empty hospital with plans on re-building society. They rescue a young girl who is the victim of a brutal attack, but soon discover that they were followed by a savage band of cannibals known as Rovers. The Rovers begin to kill them one by one, and the trapped survivors must find a way to outwit their stalkers. Gom announced and followed-up on Tooth and Nail, with a more recent follow-up by Todd. 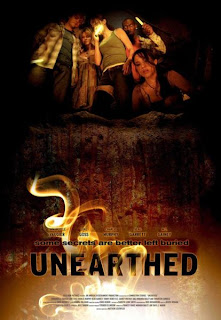 SYNOPSIS: After a sinister crash occurs off the highway of a small desert town, things take a horrific turn for its residents. As people vanish and nature dies, the local sheriff investigates, only to discover that the fate of her town rests just below the earth. Gom's third post on Unearthed incorporates his earlier two.