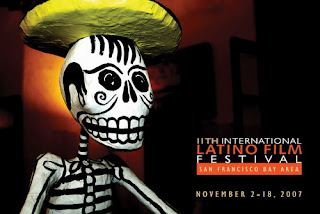 It's with pleasured relief that I announce that Mona Baroudi, the publicist for this year's International Latino Film Festival ("ILFF"), has granted me full press accreditation and the opportunity to interview the festival's visiting luminary Diego Luna. Mona expressed to me succinctly her awareness of the value of online coverage, thereby negating the cluelessness of her predecessor. I look forward to reporting from the festival, especially as festival director Sylvia Perel has once again pulled together a strong selection of films, despite the bureaucratic obstacles of cost and access as Delfin Vigil's Chronicle write-up observes. Precisely because of Perel's vigilance, all the films screened at the Castro Theatre will be in 35mm (except for Glue), and for that alone the woman deserves a standing ovation.

In its 11th year ILFF kicks off tomorrow evening, Friday, November 2, and extends through the 18th, spanning eight Bay Area cities including San Francisco, Redwood City, San Jose, San Rafael, San Bruno, Berkeley and Sacramento. On the second night of Dia de los Muertos, All Souls Day, ILFF—in conjunction with the Day of the Dead Organization—presents the thematically-linked El Viaje de la Nonna, wherein as the festival program synopsizes: "La Nonna, grandmother of the Todaro family, forgets everything. Almost. The one thing she won't forget (and keeps insisting on) is her last wish—to go to Italy, to the village of Todaro, the birthplace of her beloved, deceased husband. And she wants to take her entire family with her, but most of them don't want to go. 'Why bother?' they think. 'She won't remember anyway.' But when La Nonna's insistence begins to verge on threats, her family decides to grant her this last wish." 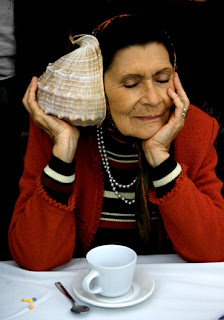 Variety's Jonathan Holland forgives first-time director Sebastian Silva's faults, favoring the film's "vigor and charm", adding that "it looks like the pic was as much fun to make as it is to watch" and highlighting as the film's centerpiece "[t]he delirious dinnertime scene at which Nonna meets her dead husband's family, all played by extras." He writes that Ana Ofelia Murguia, who plays the widowed grandmother whose memory is going, "carries the emotional weight … on her experienced shoulders as an entirely credible blend of defiance and fragility." 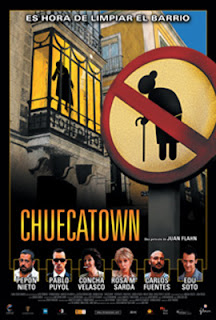 Following the opening night feature is Juan Flahn's Chuecatown, sponsored by San Francisco's Spanish consulate and copresented with the Frameline Film Festival and Aguilas, Inc., in an opening night tip of the hat to the neighborhood's gay constituency.

Come Saturday, November 3, the day's Castro schedule begins with the feature documentary Invisibles, co-presented by the Museum of the African Diaspora (MOAD), the Ella Baker Center, and Doctors Without Borders. This sobering portmanteau documentary is produced by acclaimed Spanish actor Javier Bardem and includes the directorial talents of Wim Wenders, Isabel Coixet, Fernando León de Aranoa, Mariano Barroso, and Javier Corcuera as they strive to lend visibility to the overlooked plights of ignored humans. 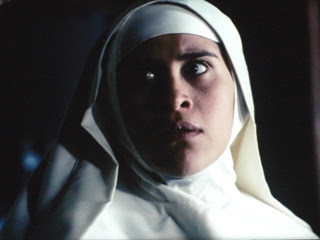 According to Variety's Lisa Nesselson, Malos hábitos (Bad Habits) is a "thinking man's horror story" concerned "with the ways in which eating disorders make daily life tough to swallow and reality hard to digest." She praises the visual precision in this debut feature by Simón Bross. Victoria Alexander—catching the film at this year's CineVegas Film Festival—likewise heralds Bross's emerging personal vision. 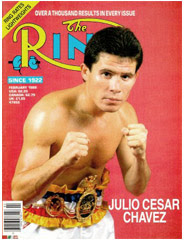 The highlight of the afternoon will undoubtedly be the appearance of Diego Luna on the Castro stage, representing not only his directorial debut Chávez (which received rave reviews at this year's Tribeca Film Festival) but appearing in El búfalo de la noche (The Night Buffalo), Jorge Hernandez Aldana's adaptation of Guillermo Arriaga's novel (which I spoke to Guillermo about when he was last in San Francisco).

Another screening I'm eagerly anticipating, having spoken with its lead actor Peter Ketnath, is Deserto Feliz (Happy Desert), which screens at the Castro on Sunday, the 4th.

11/02/07 UPDATE: Todd Brown at Twitch announced this morning that TLA Releasing has picked up Chuecatown (soon to be renamed Boystown). The TLA press release further synopsizes the film: In Boystown (Chuecatown), Victor (Pablo Puyol of 20 Centimeters) is a real estate agent in the quickly gentrifying neighborhood of Chueca in Madrid. But he hides a terrible secret; his apartments become available for sale when he murders the elderly women owners and disguises them as "suicides." Then Victor quickly refurbishes the apartments to upwardly-mobile gay couples because his ultimate goal is to transform the neighborhood into a hip "gayborhood" like the Castro in San Francisco and Chelsea in New York.

The latest victim's apartment is next door to gay couple Ray (Carlos Fuentes of Kilometer Zero) and Leo (Pepón Nieto of Bulgarian Lovers) who eventually inherit the apartment and offer it as a gift to Ray's mother Antonia (Concha Velasco of Kilometer Zero). But Victor only wants high income gays to move in and he begins a plot to remove Antonia from the premises. Toss in the eccentric Inspector Mila (Rosa Maria Sardà of All About My Mother) and her charmingly clueless son Luis, assigned to investigate the murders, and soon the neighborhood of Chueca is brimming with comic mishaps, sexy seductions and more murders!