San Francisco's 2nd Annual International Animation Festival ("IAF") launches tomorrow evening, Thursday, November 8, 2007 and runs through Sunday, November 11 at Landmark's Embarcadero Center Cinema. As San Francisco Film Society programmer Sean Uyehara details in his curatorial statement, the International Animation Festival endeavors to "celebrate the kinds of work that inspire and entertain us, but also to take a step back and reinvest animated work with a renewed sense of wonder and engagement." In its second year the festival achieves this—not only by bringing the best of international animation, as we might expect—but, additionally, through a focus on animation in non-fiction and on the overlap between animation and video design. In discussion with Eve O'Neill at SF360, Uyehara accentuates these upcoming trends in animation with his own personal influences. 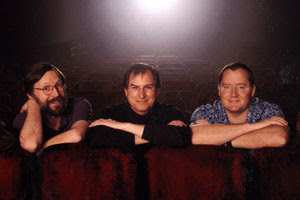 Detailing the meteoric rise of the Bay Area-based juggernaut, The Pixar Story is a live-action documentary that illustrates the cross-pollination of expertise at the base of the pioneering company. In particular, the film traces the backgrounds and fortuitous intersection of John Lasseter (animator), Ed Catmull (scientist) and Steve Jobs (entrepreneur), which gave rise to one of the most successful film production companies in filmmaking history. Featuring candid interviews with these principals, along with George Lucas, Roy Disney, Brad Bird, Tom Hanks and many others, in concert with great historical footage of the early days at locations such as Pixar, CalArts, Disney Studios and the University of Utah's computer graphics laboratory, The Pixar Story offers a new perspective on the animation business for novices and experts alike. This special screening and reception will feature director Leslie Iwerks and an onstage discussion with a bevy of Pixar artists. 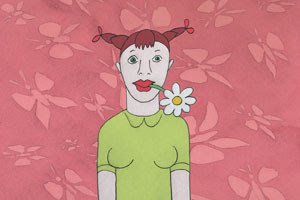 Don't let the title of this shorts program fool you. While it does present hand-drawn work from master animators such as Joanna Quinn (Dreams and Desires: Family Ties), Georges Schwizgebel (Jeu) and Signe Baumane (Teat Beat of Sex), it also includes intensely crafted computer-generated imagery, claymation and stop-motion techniques. The program runs from highlight to highlight, including the Platform International Animation Award–winning I Met the Walrus, which features archival audio of a teenager's interview with John Lennon; Annecy standout Bully Beef, Wendy Morris's conceptual rendition of connections between the colonial Belgian Congo and Germany's invasion of Belgium; and two new works by local audience favorites Kelly Sears (Devil's Canyon) and Semiconductor (200 Nanowebbers, Brilliant Noise). Sears's The Drift is the latest installment in her series on frontierism and madness. Semiconductor's Magnetic Movie visualizes scientific concepts of magnetic forces and fields, based on interviews conducted at the NASA Space Sciences Laboratory, UC Berkeley. This program contains sexually explicit imagery and is not suitable for children. TRT 76 min 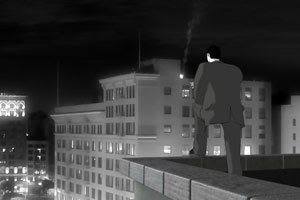 It's universally understood that you're in a pinch if you wake up beneath the Hollywood sign next to a dead cop. Things are a bit more dicey if you also have amnesia. As you piece together your identity and find out that you're a sadistic bastard wanted by good and bad guys alike, you know you're in for some serious trouble. This is our hero's predicament, and the question of just how he will find himself forms the premise of Film Noir. Representing a truly global approach to filmmaking, this French-distributed, English-language film was produced by a primarily Serbian crew. Filled with twists and turns, and gleaming with an aesthetic reminiscent of classic black-and-white Hollywood flicks, Film Noir adds flashes of color and a generous dollop of explicit sex to update the form. (For mature audiences) 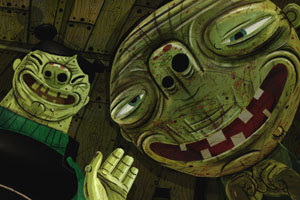 The Annecy International Animated Film Festival is widely regarded as the most important festival for animation in Europe, if not the world. We are pleased to present a slate of award-winning shorts from the 2007 Annecy fest. The films include a dark Aardman delight, artistic sheep, a satire on the controversial new wall in Israel and an update on the Jack the Ripper story. TRT 66 min. 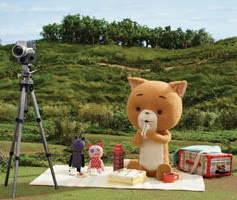 Komaneko is a burgeoning animator. She creates puppets and sets, then films them stop-motion style. She has a series of adventures with her friends Radi-Bo, a ghost and a Bigfoot-like creature whom she tries to document with her 8mm camera. Featuring a sweet soundtrack with little dialogue, except a few strategically placed "meow, meow, meows," Komaneko: The Curious Cat depicts new friendships, creativity and the conflicting emotions that accompany a childhood filled with wonder. Director Tsuneo Goda has created Japan's first major stop-motion animated film. It is a delicate, beautiful and undeniably cute work enlivened through brilliant technique. This screening will delight children of all ages. (Recommended for ages four and up.) 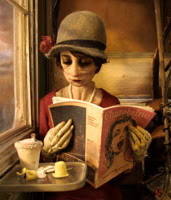 This 13-film shorts program presents fresh, sweet and savory morsels for your enjoyment. Anchored by the multiple-award-winning Madame Tutli-Putli, an astonishingly beautiful Hitchcockian tale of a woman confronting herself, "Maker's Dozen" surveys the landscape of animation techniques and forms. Humorous shorts such as Siggraph favorite Raymond, which illustrates pseudo-scientific breakthroughs in human locomotion, and the understated Pingpongs, a tender look at a longstanding marriage, commingle with Billy Collins's poignant action poems in Sundance Forgetfulness and Today and the political exposé Court Order–In Memoriam Peter Mansfeld, a record of a turbulent period in Hungarian history. Rounded out by the truly unique Forest in Winter, a cross between a Russian version of Little Red Riding Hood and a cute Japanese commercial for snack food, and Wolf Daddy, a South Korean tale of a philandering beast, this program offers treats for all. TRT 73 min. 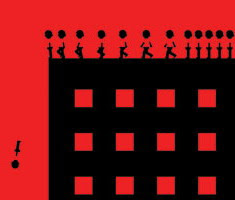 This program of animated music videos provides a generous helping of the most creative, beautiful and risky new works alongside some recent classics. A program for the design-conscious and the musically curious, "Play It by Eye" brings cutting-edge and trendsetting commercial work to the big screen. The eclectic mix ranges musically from Beck and M. Ward to The Knife and Aesop Rock, representing an equally compelling visual mélange. Each video incorporates a unique style and approach to musical interpretation, and some challenge technical boundaries. In fact, a few videos here challenge the definition of animation itself. Directors such as Michel Gondry, Nima Nourizadeh, Alex & Martin and Floria Sigismondi share screen time with up-and-comers like Roboshobo and Japanese artist Motomichi Nakamura. TRT 75 min.