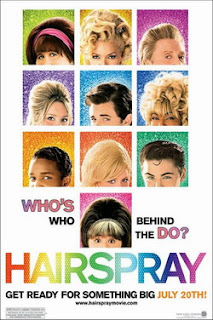 During Peaches Christ's onstage interview with Mink Stole for the 9th season of Midnight Mass, she called for a national boycott of Adam Shankman's Hairspray. Granted, she enthusiastically—if not hastily—proposed said boycott as an indirect compliment to her on-stage guest and friend; but—as the song goes—children will listen. So when it came down to a choice between interviewing Nikki Blonsky or Joshua Grannell (aka Peaches Christ), I chose Peaches, boycott in mind. Imagine my surprise, then, when Joshua confessed he had attended an advance screening of Hairspray! Whaaaaaaat?!! Joshua pulled an alter-ego on me, rationalizing that Peaches had called for the national boycott, not him. I grumbled to myself, "How convenient." He apologized and said he was unclear himself on how to proceed and that he would need to touch base with both Mink and John Waters to gauge which way to go. 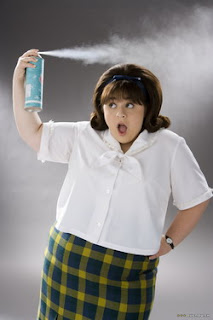 When I interviewed Mink Stole and brought the subject of Shankman's Hairspray up, Mink characterized the film as "fluffy." "Certainly a lot of the real depth of the movie isn't there," she added, "But it's a light, entertaining way of telling a story that was a true story." As for why she wasn't featured as a cameo, Mink explained, "It would have been nice to be part of that but I think that—if they had too many people from the original film—it would have been more like acknowledging the original. This is a movie of the musical; it's not a remake of the movie. My character in the original movie got blended with Deborah Harry's character in the Broadway show so now Michelle Pfeiffer is playing me and Debby [in the new film]." 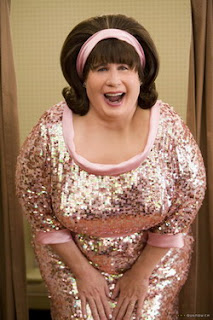 At John Waters' recent on-stage appearance at Midnight Mass, Waters offered: "It's really good. It's better than I ever imagined it could be. If I hated it, I would lie a little; but, it's really good. They did a good job. They reinvented it, again. It's really close to the spirit of me. I'm very very happy with it." Upon hearing about Peaches' call for a national boycott, Waters smiled and said, "People are very protective of me. They go in and they don't want to like it because they liked the first one so much. But this isn't a contest of which is better." Peaches admitted that by the end of watching the film, she realized that—though it's not necessarily a movie for her, a hardcore John Waters obsessive—she nonetheless enjoyed it a lot and the kids in the audience loved it. "And those kids," Peaches predicted with a provocatively-arched eyebrow, "will go out and rent Pink Flamingos!" 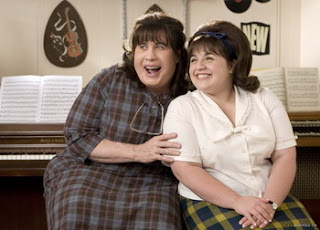 I've now seen the film twice and will probably go see it again this evening because—if ever dropping a tenspot has made me happy and satisfied—this is the film that does it. Though Travolta does trip me up now and then with his Baltimore accent, he—as Manohla Dargis has pointed out—is the only one in the cast who at least tried. And though I have some reservations about Michelle Pfeiffer becoming stereotyped as the beautiful Ice Queen (she basically plays the same role in Matthew Vaughn's Stardust), I'll forgive her for having seen it here first. Essentially the rest of the characters are perfectly cast and the movie is a no-holds-barred feel-good event. My feet couldn't stop moving. This is what a movie musical should be.