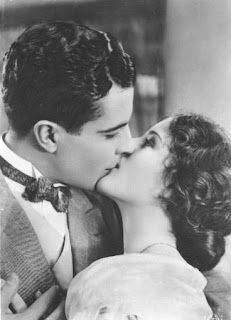 Mick LaSalle, the author of two books on pre-Code cinema—Complicated Women: Sex and Power in Pre-Code Hollywood and Dangerous Men: Pre-Code Hollywood and the Birth of the Modern Man—is likewise film critic for the San Francisco Chronicle. He had the honor of introducing Ernst Lubitsch's The Student Prince in Old Heidelberg.

Because he feared becoming one of those people who gets on the Castro stage and suddenly become enamored with themselves, thinking they are interesting beyond belief, LaSalle made a point of setting his stopwatch and placing it on the podium. 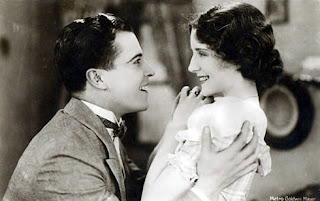 "This is a wonderful movie you are about to see," he began. "If this happened to be the first silent film that you ever saw, you couldn't possibly start off with a better one. I know there are a lot of veterans here. A lot of the times with silent film, people will tell you, 'Silent films are great' and then they'll show you The Birth Of A Nation—and you'll never want to see another movie once you've seen that—but, this one really makes the case for the art form. It's beautiful. It relies on image and gesture. Its odd way of making specific people seem emblematic, seem almost like a symbol of something, make them not literal, make them bigger than they are, have more meaning. This is probably one of the most purely tender and touching love stories ever put on film. It's a real thing of beauty. 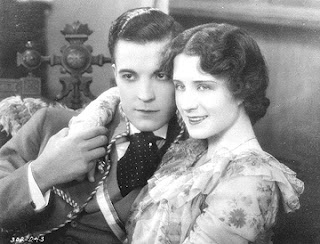 "It was released on September 21, 1927, which means they were not thinking about us at all. They were thinking about us the way we're thinking about 2087. It stars Ramón Novarro and Norma Shearer. I think it's the best thing that Ramón Novarro ever did—you could point to a few other movies—but, this one really captures that sweetness of spirit that he had; it's very unguarded and touching in this movie. This was not a typical role for Norma Shearer. Even at this point she hadn't graduated to full-blown sophistication yet that she would in the early talkies; but, she was by now playing mostly contemporary roles and working women and here she's playing a flat-out ingénue. But she's really lovely and she's just terrific. Now both the actors had trouble at a certain point with [Ernst] Lubitsch because they thought he was shooting the movie too quickly and that their performances were suffering. Shearer—because she was about to get married to Irving Thalberg—pulled Thalberg onto the set to try to put Lubitsch in line and Thalberg looked at what was going on and he said, 'We have a lot to learn from Ernst Lubitsch' and left it at that. So he was smart enough to just let Lubitsch make the movie. 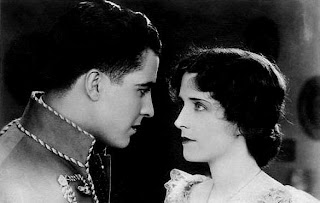 "It would seem to be a simple story; but, what it has to say about the shadow of the world intruding upon the private world of the heart and emotions, is actually profound. None of that means anything less today than it did then. It portrays the power of the human capacity to love without doubt or reservation or fear, which is a quality that diminishes somewhat as we get older and wiser. If you get older you end up getting wiser whether you like it or not and this is about that moment before that happens. It was a very serious and important and universal thing at the time being depicted by the film in the early 20th century or in 1927 when the movie was made or now. It depicts the world of Heidelberg. It's a world where nothing bad happens, where the window boxes are always full, and the music of course was better then. It's the lost world. It's depicting the lost world and we all have one. The movie is about that.

"The experience of old films, of silent movies, is not about nostalgia. Nostalgia is about looking for the past in the present. What we're doing here is the opposite of that. We're finding the present in the past. We are finding those qualities about human existence that are eternal. They don't change. They don't end. Sometimes it's clinical things—the way people move and smile that we just marvel at from 80 years ago—but sometimes it's emotional things. It's just truths of the spirit. We will walk out of here tonight feeling exactly the way people did when they walked out of this film 80 years ago and that is a very mysterious thing and it is also a very good thing."

LaSalle has included a YouTube clip from The Student Prince at his blog Maximum Strength Mick. 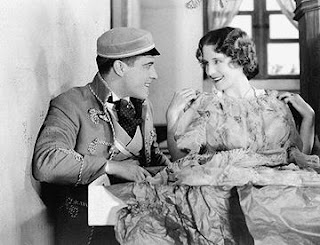 Expanding on LaSalle's comments, Scott Brogan writes in his erudite essay for the festival program: "Student Prince costars Norma Shearer and Ramón Novarro occasionally found themselves at odds with Lubitsch during the filming. Both objected to his insistence on minimal or no rehearsal for a more spontaneous effect, only to then shoot multiple takes—reportedly filming one scene in The Student Prince 102 times. The already jittery Shearer was reduced to tears after Lubitsch exploded at her in frustration, remarking that he could get a studio commissary waitress to do a better job of playing a barmaid. Shearer called on Thalberg to come to her rescue, but he reportedly told her, 'Everyone has a lot to learn from Mr. Lubitsch.' Ramón Novarro had an even tougher time. Lubitsch knew of Novarro's homosexuality and he was amused at the prudish attitudes of American men and women. In an effort to poke fun, Lubitsch forced Novarro to endure multiple takes of an ultimately deleted scene with an effeminate extra. Shearer feigned a fainting spell to put a stop to it."

Later in his essay Brogan remarks that Novarro's accent, "which had not been an obstacle during the silent era, now limited the roles available to him. The official story for his departure from MGM was stated as 'artistic differences', but the real reason was most probably Novarro's homosexuality. Rumors circulated that he was either caught in flagrante delicto with another man, or the studio demanded that he find a wife." Tragically, "On October 30, 1968, Novarro made headlines once again when he was tortured and killed by two brothers he had hired for sex who attempted to rob him. Several of Novarro's closest friends, unaware of his homosexuality, were shocked to find he had been using male escort services for years. It was a sad postscript to a fine career that transcended the limits of the Latin Lover stereotype." 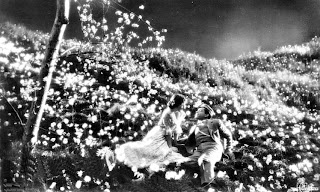 Festival favorite Dennis James provided a rousing accompaniment on the Castro's Mighty Wurlitzer. Just as LaSalle predicted, I found The Student Prince in Old Heidelberg to be endearingly sweet. The glittering mirth in both Shearer's and Novarro's eyes exemplified youthful love in all its awkwardness, silliness and naiveté. The scene where the Prince and barmaid Kathi lounge on the flowering hillside beneath a lustrous canopy of stars is achingly and visually romantic. Prince Karl Heinrich's burgeoning awareness that he must meet his obligations as heir apparent, sampling the lost world of his youth one more time before capitulating himself to the duties—and the official loneliness—of his prearranged marriage, underscores the poignancy of the comment made by the elderly couple at film's end as they watch him in his wedding procession: "It must be wonderful to be a king!"
Posted by Michael Guillen at 7/18/2007 06:05:00 PM