The 12th annual Berlin & Beyond Film Festival, presented by San Francisco's Goethe-Institut, will once again be venued at The Castro Theatre commencing Thursday, January 11 and running through Wednesday, January 17, 2007. A two-film recap will take place on Saturday, January 20, at the Point Arena Theatre. The schedule is already up on-line so I'm not completely jumping the gun with some early recommendations; but, I wanted to get something up on The Evening Class before heading out to 2007 PSIFF. Berlin & Beyond will be in full swing by the time I return back to the Bay Area and I'm glad I'll be able to at least catch its second half. 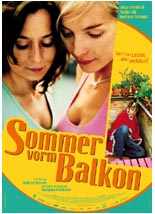 Berlin & Beyond opens with Andreas Dresen's Sommer Vorm Balkon (Summer In Berlin), which rectifies Dave Hudson's stated suspicion at The Greencine Daily that "most Americans will probably never even hear of, much less see" Summer In Berlin. At least San Franciscans will, thanks to the Goethe-Institut. Not only that, but director Dresen will be on hand to introduce the film and take part in the opening night festivities. I sincerely regret missing that event.

A week later, however, Berlin & Beyond will wind down with veteran director Doris Dörrie's latest feature The Fisherman and His Wife, her comedic tribute to the Grimms fairy tale, co-presented by the San Francisco Film Society. Though the Goethe-Institut hasn't been able to pin Dörrie down on whether or not she will be gracing the Festival, I'm confirming my participation in the closing night party, should anyone really care.

Berlin & Beyond proudly recognizes the achievements of debuting filmmakers with the MK Award for Best First Feature. The award carries a $5,000 cash prize and is given to a filmmaker whose work is a debut narrative feature, exhibits a unique artistic sensibility or vision and deserves to be seen by a wide audience. This year's recipient is Birgit Möller's Valerie, and both director Möller and lead actress Agata Buzek will be on hand to receive the honors at this U.S. premiere. The other contenders in competition were Mirko Borscht's Combat Sixteen, Stina Werenfels' Going Private, Matthias Luthardt's Pingpong and Florian Gaag's Wholetrain, all of which will likewise be screened at this year's festival, each introduced by their promising directors. Combat Sixteen is a U.S. premiere; Going Private and Wholetrain are West Coast premieres, and Pingpong has been on the festival circuit and is included, in fact, on the PSIFF roster. 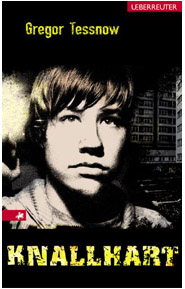 Along with being a U.S. premiere, Combat Sixteen is featured as part of the Festival's panel discussion on celluloid brutality. "Film and Violence", which will be held at the Goethe-Institut and co-presented by The Film Arts Foundation, examines Combat Sixteen, Detlev Buck's Tough Enough, Andres Veiel's The Kick and Matthias Glasner's The Free Will as representative of films where violence—whether sensational and graphic or subtle and implied—is used as a narrative tool to communicate directorial messages. German filmmakers Mirko Borscht and Andres Veiel will join Bay Area filmmakers and producers Nancy Brown and Kevin Weston and moderator David Liu to tackle this timely topic. 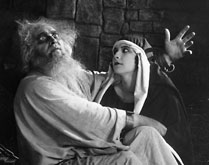 Movies about music and movies with music are a strong highlight at the festival this year. Industrial music, an early garage band, and an obscure hiphop break dancing movement are the focus of a trio of documentaries: the U.S. premiere of Blixa Bargeld's Einstürzende Neubauten, the West Coast premiere of Dietmar Post and Lucia Palacios' Monks: The Transatlantic Feedback, and the U.S. premiere of Nico Raschick's Here We Come, winner of the Kinofest Lünen Audience Award 2006. Directors Bargeld, Post, and Raschick are all expected to attend. In honor of Mozart's 250th birthday, the Wiener Mozartjahr 2006 in Vienna commissioned 28 Austrian directors to create a 60-second movie about Mozart and the result—Mozart Minute—documents the project as part of the festival's Short Film Program I. Florian Gaag's fast-paced Wholetrain about the European subway graffiti writer subculture likewise boasts an amazing original soundtrack featuring new and exclusive performances by hip hop legend KRS One, as well as Freddie Foxxx, O.C. Afu-Ra, and El Da Sensei. Gaag is expected to attend. To round out the musical focus, Berlin & Beyond—in conjunction with the San Francisco Silent Film Festival and the San Francisco Jewish Film Festival—are co-presenting Manfred Noa's 1922 Nathan Der Weise (Nathan the Wise) with Dennis James on the Mighty Wurlitzer. Restored by Filmmuseum München, Nathan the Wise will be introduced by the museum's director Stefan Drößler, who will be available for a special Q&A in the mezzanine of the Castro Theatre. The film's German intertitles will be read in English. 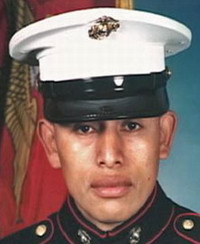 Along with Rob Davis at Errata, I feel compelled to champion Heidi Specogna's powerful and disturbing documentary The Short Life of José Antonio Gutierrez. Although this documentary has screened recently at a couple of Bay Area film festivals, Berlin & Beyond offers a 35mm transfer that promises to be one of the best projections yet and co-director and cinematographer Rainer Hoffmann will be in attendance.

Three of the Festival's films are family-friendly, including Wolfgang Murnberger's charming coming-of-age tale Lapislazuli, co-presented by the Consulate General of Austria, Los Angeles. Continuing a festival tradition, Bay Area high school students will be admitted free to the film's Friday, January 12, 1:00 screening at the Castro. Teachers are requested to telephone 415/263-8760, no later than January 10, for reservations.

So there you have the basic line-up, details of which can be sifted from the Festival's website. Preview recommendations to follow. Cross-published (in past tense) on Twitch.
Posted by Michael Guillen at 12/30/2006 12:55:00 PM

If you're considering attending (and you certainly should)the portion of 2007 Berlin and Beyond at the beautiful Point Arena Theater, consider staying at the wonderful bed and breakfast inn, the Coast Guard House (www.coastguardhouse.com), which is offering discounts to film festial goers who stay for 2 nights.

That's a wonderful tip, Anon, thanks for offering it. I don't drive so I'll be catching the festival in San Francisco; but, I hope others can take advantage of Coast Guard House's offer.

If you're interested in the opinion of a German reader of yours, who has seen 11 films of the festival here in Germany last year, I can give you these recommendations:

- The Free Will
- Tough Enough
- Valerie

c) Not that great, but still OK

- A Friend Of Mine
- Combat Sixteen
- Lumber Kings
- Wholetrain

- The Fisherman And His Wife

I'm always interested in the opinions of my readers, Anon, whether Stateside or in Germany. I'll definitely be seeing Valerie upon my return from Palm Springs, will have missed Tough Enough; but, will see if I can't watch it on screener.

I'm surprised by your response to Fisherman & His Wife, as I found it kind of fun. But mileage varies of course.

Maybe I was a little bit too critical about "Fisherman", but the problem I have with most of Doerrie's films lately is that they seem to be stuck in the 80s - outdated and irrelevant. Today Germany has completely different and far greater problems (unemployment, HartzIV, PISA-study) than the petty relationship problems that Doris Doerrie deals with. "Tough Enough", "Valerie" and "Summer in Berlin" can give you a much better understanding of Germany TODAY than "The Fisherman And His Wife".

I understand your point. I consider the romantic comedy an exhausted genre as it is and, if it weren't for the fact that a few foreign filmmakers still utilize the genre and I catch their films at festivals, I probably would never see another romantic comedy again. I certainly shun American ones.