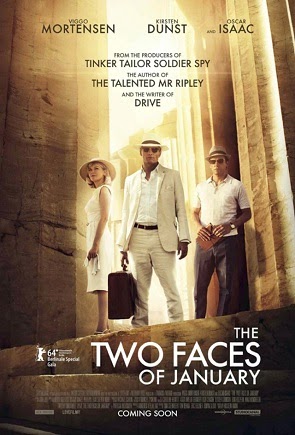 I've had the good fortune to attend every San Francisco International Film Festival (SFIFF) since 1976 and the privilege of covering it as accredited press for eight years running. The 57th SFIFF opens on Thursday, April 24 with a screening of The Two Faces of January, which marks the directorial debut of screenwriter Hossein Amini (Drive, The Wings of the Dove). The film premiered to positive reviews when it screened out of competition at this year's Berlin Film Festival, and the SFIFF Opening Night slot will be its North American premiere. Starring Kirsten Dunst, Viggo Mortensen and Oscar Isaac, the movie is based on a Patricia Highsmith (The Talented Mr. Ripley) novel and is set in a lushly photographed Greece and Turkey in the early '60s. Director Amini is scheduled to be in attendance. This year's opening night party will be at the SOMA nightclub Public Works.

The festival closes on May 8 with another directorial debut, this one from actor Chris Messina (who I had to IMDb because I obviously don't watch enough television). His film is called Alex of Venice and it stars Mary Elizabeth Winstead (had to look her up as well) as an attorney whose life changes when her stay-at-home husband (Messina) decides to take a break from it all. Both Messina and Winstead are expected to attend the screening. Alex of Venice arrives in San Francisco very soon after its world premiere at Tribeca. SFIFF57's closing night party takes place at The Chapel club, in the heart of the Mission District.

This year's Founder's Directing Award goes to none other than the fabulously eclectic and talented Richard Linklater, whose debut feature Slackers played the festival in 1991 and whose most recent film, Before Midnight, closed last year's fest with the director in attendance. Linklater's tribute takes place at the Castro Theatre on Friday, May 2, with an on-stage interview, career clips reel and a screening of his 18th and most recent feature, the wildly acclaimed Boyhood. This event is destined to be a huge highlight of SFIFF57—I arranged to take the night off from work the minute I heard about it.

One of the festival's most popular events is the annual pairing of a silent film with a newly composed score, performed live by a contemporary music artist. Four years after his campy (and somewhat divisive) accompaniment to 20,000 Leagues Under the Sea, The Magnetic Fields' front man Stephin Merritt returns to SFIFF with his take on Tod Browning's 1927 creepy circus crime thriller The Unknown, starring Lon Chaney and Joan Crawford. (The film last played the Castro Theatre during the 2008 SF Silent Film Festival, with director Guy Maddin doing a live translation of its French inter-titles.) The second SFIFF57 live music event at the Castro will be Bay Area musician Thao Nguyen and her band, The Get Down Stay Down, performing alongside a diverse selection of short films that includes Chaplin's The Pawn Shop, animations by Harry Smith, vintage newsreels and some of Nguyen's own video work.

Eleven films will compete for 2014's SFIFF New Directors Prize. I'm especially excited they've programmed Salvation Army, Abdellah Taïa's adaptation of his autobiographical novel about a gay Moroccan boy who later immigrates to Europe. It's a critically acclaimed film I wasn't expecting to see until June's Frameline LGBT festival. The other New Directors Prize contender I'm hot to see is Benjamín Naishtat's History of Fear, a dystopian nightmare set in the Buenos Aires suburbs, which has drawn comparisons to the early works of Michael Haneke since its Berlin premiere. I've also heard terrific things about the Icelandic film, Of Horses and Men, and Mexico's The Amazing Catfish. Both the latter film, as well as Taïa's Salvation Army, boasts cinematography by renowned DP Agnès Godard. 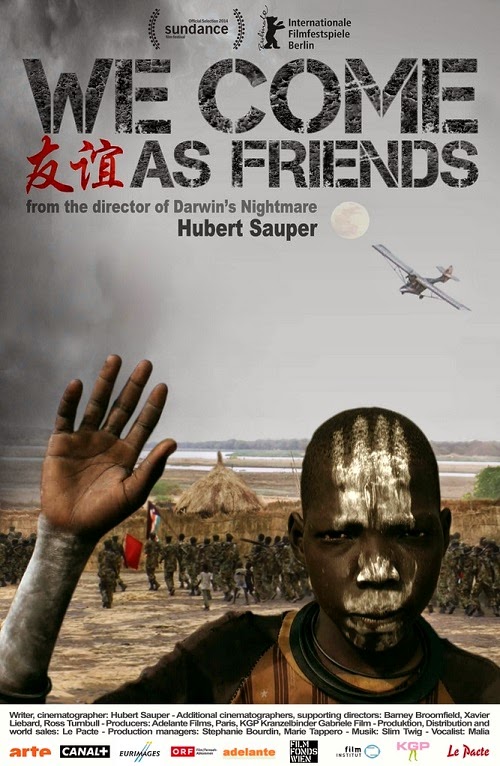 Eight films are in the running for SFIFF57's Golden Gate Awards Documentary Feature Competition. The only one even remotely on my radar is Hubert Sauper's We Come as Friends, which examines the human cost of neo-colonialism in the newly formed nation of South Sudan. To this day, Sauper's 2004 Oscar®-nominated Darwin's Nightmare remains the most disturbing and dispiriting doc I've ever seen. Perhaps his latest will make me feel even worse.