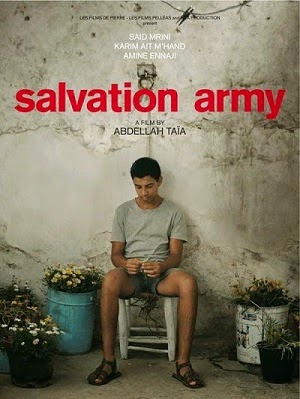 Salvation Army (France / Morocco / Switzerland, dir. Abdellah Taïa)—Moroccan writer Abdellah Taïa makes a memorably assured filmmaking debut with this adaptation of his autobiographical novel. As a gay teenager living in Casablanca with his large family, Abdellah is preyed upon by horny men in the souks, while indulging his own sexual obsession for an older brother at home. Events during a seaside holiday trigger the desire for a different life, and mid-film we're thrust ten years ahead to Geneva, where an older Abdellah will take up residence in the local Salvation Army while waiting for a Swiss scholarship to kick in. Taïa directs his film with an economy of filmic language, employing short, spare scenes which speak volumes. The film eschews any musical score, yet it is music upon which Salvation Army's abruptly poignant final moment rests. Taïa is aided immeasurably by the exquisitely restrained camerawork of ace DP Agnès Godard. This is my favorite of the films I previewed, and is one of 11 films competing for this year's SFIFF New Directors Prize. 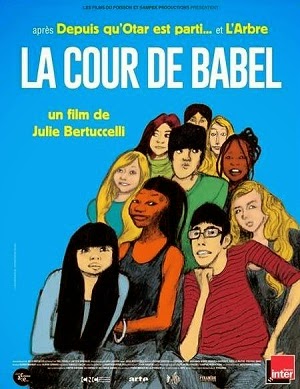 School of Babel (France dir. Julie Bertuccelli)—While Julie Bertuccelli is best known for narrative features such as Since Otar Left and The Tree, is it in the documentary realm where I believe she really shines. Her latest is a compelling and compassionate look at one year in a Parisian "reception" class for 11-year-old immigrants, where they study French language and culture, as well as a general curriculum. The disparate students include a Jewish boy whose family fled neo-Nazi attacks in Serbia, a girl from Guinea who faces genital mutilation if returned home, and a boy with Asperger Syndrome whose single mother left Ireland in search of economic opportunity. They're guided by an empathetic but resolute teacher, Brigitte Cervoni, who will also help them produce a class video they'll bring to a youth film festival in Chartres. The parent-student-teacher conferences, where students are frequently put in the awkward position of playing interpreter, are particularly illuminating. School of Babel begins on Day One with each student writing "hello" on the chalkboard in their native language and ends with intensely emotional farewells on graduation day. Be sure to have a handkerchief in hand. 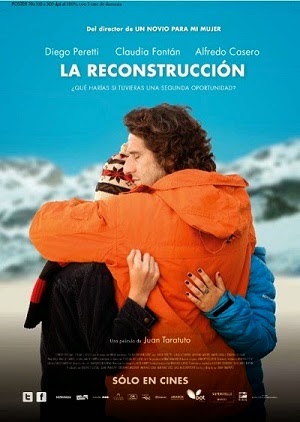 The Reconstruction (Argentina dir. Juan Taratuto)—Writer / director Juan Taratuto wastes no time in telling the audience that his main character is a miserable S.O.B. In the opening scene, we watch Eduardo barrel down a deserted Patagonia highway, refusing to stop when he passes a woman screaming next to an overturned vehicle. Clearly, this is a man in dire need of reconstruction. In short order he receives a call from Mario, a former co-worker living in the tourist town of Ushuaia, and very reluctantly agrees to watch over Mario's gift shop while he undergoes medical tests. Mario lives with a wife and two teenage daughters and enjoys a warm family life, an environment into which the bristly Eduardo fits like a space alien. When a tragedy occurs, Eduardo is presented with the opportunity to rediscover his humanity, but is he already too broken to try? Diego Peretti, the eagle-beaked and beady-eyed actor who also stars in the upcoming The German Doctor, gives a haunting performance and is reported as having collaborated with Taratuto on the script. Considering the subject matter, it's worth mentioning that the film never once feels mawkish or manipulative. Two quietly devastating scenes in particular—which of course I can't divulge here—are as memorable as anything I've seen at the movies this year. 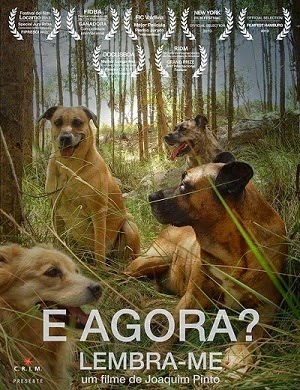 What Now? Remind Me (Portugal dir. Joaquim Pinto)—Although I might not be familiar with the previous films of director Joaquim Pinto, I'm very aware of the filmmakers on whose films he has worked in the sound department, ranging from Manoel de Oliveira to André Téchiné to Christophe Honoré. In this intimate, nearly 3-hour documentary made during a year the director suffered the toxic (and occasionally delusional) effects of HIV and Hepatitis C treatments, Pinto reflects back on his life and career. Sharing screen time with Pinto are his strapping younger husband (and frequent film collaborator) Nuno Leonel, their four dogs and the arid plot of land in the Azores they've called home for 10 years. Featuring a non-stop voiceover commentary from Pinto, the film touches on everything from his university years in the GDR, the nature of diseases, cave dwellings of our ancestors and the passage of time. Visually the film blends archival footage and quotidian verité with flourishes of superimposition and animation. There's even a discrete scene of sexual intimacy between Pinto and his husband. What Now? Remind Me is a staggeringly original work which deservedly won both the FIPRESCI and Grand Jury prizes at last year's Locarno Film Festival. 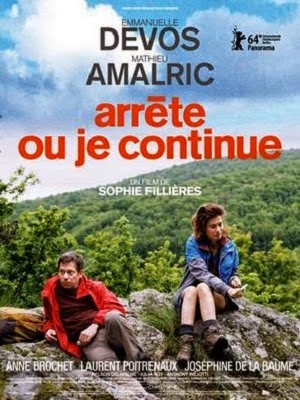 If You Don't, I Will (France, dir. Sophie Fillières)—Two of my favorite French actors, Mathieu Amalric and Emmanuelle Devos, team up once again as a prickly on-screen couple in this wickedly offbeat tale of a marriage on the rocks. Pierre and Pomme are empty-nesters who've reached the point where even simple conversations devolve into a volley of passive-aggressive barb slinging. During a particularly contentious mountain hike mid-film, Pomme decides she's had enough and takes off to go live alone in the forest. Pierre returns home and feigns disconcern, at least initially, when Pomme fails to return after several days. While the film takes a slightly dark turn here, bemusement is always around the corner, such as when Pomme crashes a chamber music festival, or when a chamois abruptly drops out of the sky and into her forest abode. Director Fillières also wrote the screenplay and the film marks her third collaboration with the outstanding Devos. If You Don't, I Will is the second funniest film I've seen this year (after Bruce LaBruce's Gerontophilia).