"THE BEST OF THE DISPOSABLE FILM FESTIVAL" AT TREEFORT 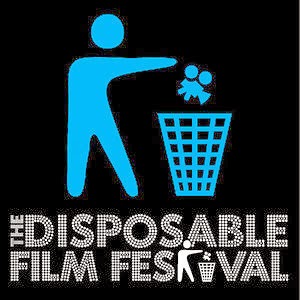 In March of 2011 I had the good fortune to be introduced by publicist Amber Kaplan to Carlton Evans, Eric Slatkin and Katie Gillum, the founding members of San Francisco's Disposable Film Festival (DFF), who had come to my attention through a series of staged "bike-ins". My first piece on DFF was an overview of their shift away from the Roxie Theater—audiences since their launch in 2007 had grown so large, necessitating a larger venue—to the 1400-seater Castro Theater, which each year since 2011 has sold out to capacity crowds. With so many community film festivals in San Francisco suffering low attendance, I was struck by DFF's popularity and wanted to see what the enthusiasm was all about so Carlton Evans agreed to an interview. Shortly after that conversation, we met again for beer at The Front Porch; a welcome diversion from the sale of my home on Bernal Heights before resituating assets to Boise, Idaho.

My first experience of DFF was revelatory. Not only did the Disposable Film Festival democratize the means of film production by celebrating the affordable cameras available to aspiring filmmakers, but they likewise democratized the joy of learning by providing informative panels and workshops free to their public. I had never seen educational outreach be so effectively egalitarian. 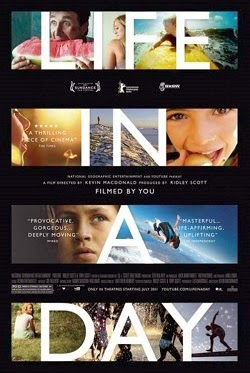 A little over a month later DFF co-presented a special screening of Oscar®-winning film director Kevin Macdonald's Life In A Day—a user-generated feature-length documentary shot on a single day (July 24, 2010)—that enlisted the global community to capture a moment of their lives on camera. Culled from over 80,000 videos to YouTube, the 90-minute feature pulled together deeply personal, powerful films from contributors from Australia to Zambia, from the heart of bustling major cities to the furthest and most remote reaches of the earth. Life In A Day director Kevin McDonald and editor Joe Walker were present for a Q&A following the screening. I was unable to attend but sent Evening Class intern Dominic Mercurio to cover the event.

Relocating to Idaho, it didn't take long to observe that Boise had a thriving bicycle culture and I began to think that DFF would be a perfect fit for the city, so I initiated discussions with the now-defunct Idaho Film Office to investigate bringing DFF to Boise, perhaps in conjunction with Boise Bike Week. We had multiple conversations about how we might effect that but nothing seemed to work. In the meantime, Carlton invited me to be a judge for the 2012 edition of DFF the following January, along with Ted Hope and Joshua "Peaches Christ" Grannell. He gave a rousing introductory speech to the opening night of that event:

"Thank you all for coming to the 5th annual Disposable Film Festival opening night! It's wonderful to be back at the Castro! In addition to the audience here tonight, we're broadcasting the program to Sony PlayStation's 26 million users in the Home virtual world.

"The program this year is absolutely stellar. We received some of the best films yet made on accessible equipment like mobile phones, webcams and other inexpensive devices. We also received an enormous number of films this year that were made without the use of cameras. Using screen capture software, several of the filmmakers in tonight's program turned to the massive archive that now exists at our fingertips and remixed and reframed existing footage to create some of the most compelling work we've seen.

"5 years is a milestone for us—an opportunity for reflection. 5 years ago, the fact that digital video technology had become so inexpensive that it was literally disposable was incredibly exciting. It seemed that soon everyone would have access to cameras and other tools needed for visual storytelling. But no one could have predicted what has happened since then. The change has been so complete and so quick that it seems impossible now to remember life before it. We can capture high def footage and then broadcast it all over the world, all with a swipe of our touchscreens. And the line between disposable and industry has become increasingly blurred as the DSLR is rapidly becoming the camera of choice for both camps. Making it more clear than ever that what makes a film isn't the equipment it's made on, but the concepts it's built around.

"What has come in the wake of this transformation is incredible. Not only the work we'll be showing tonight and throughout the weekend (which we hope will inspire you to make your own films), but video that has changed the world in the past year. It's hard to imagine the Arab Spring without the evocative medium of video. And Occupy Oakland taught us the power of mobile video to show perspectives omitted from official records. But in a broader sense, disposable video speaks to our shared reality. It's the way we've come to understand the world around us. It tells stories that speak to the moment."

In August 2012 Carlton visited me in Boise to get a sense of the place and to pursue discussion about bringing the Disposable Film Festival here. It's with heartfelt gratitude that Benjamin Morgan and the Treefort Film Festival have arranged to screen "The Best of Disposable Film Festival" at their inaugural event on Friday, March 21, 2:00-3:00PM, making my dream of bringing DFF to Boise come true! Please support this event to further the chance of DFF bringing an annual event to Boise, with attendant workshops and special events.
Posted by Michael Guillen at 3/18/2014 10:21:00 AM