Now that we've gotten the 57th San Francisco International Film Festival's roster of special programs out of the way, it's time to get into the nitty-gritty of this year's promising, 103-feature film line-up. In my next few dispatches, I'll be regionally surveying the titles which have grabbed my interest. As always we'll be starting with France, because that's where most of the films I wish to see hail from. 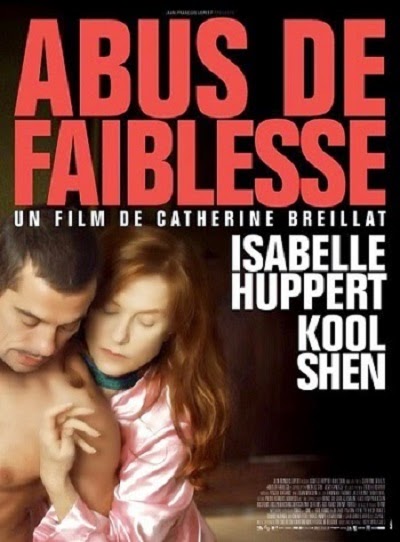 In addition to being alphabetically first in the festival catalog, Catherine Breillat's Abuse of Weakness is the film I'm most jonesing to see at SFIFF57. In this essentially autobiographical work, Isabelle Huppert plays a movie director incapacitated by a stroke, who falls prey to a handsome conman (portrayed by French rapper Kool Shen). Breillat has a long history with the festival, and appeared here in person when The Last Mistress opened the fest in 2008. Since then, SFIFF has brought us the director's two fairytale adaptations, Bluebeard (2009) and The Sleeping Beauty (2011) and I'm pleased they've followed through with her latest. Isabelle Huppert shows up again in the SFIFF57 selection Tip Top. She and Sandrine Kiberlain star as detectives investigating police corruption and a small town murder. The film has been described as a perverse, screwball neo-noir and comes from writer / director Serge Bozon, whose odd WWI musical La France played the festival in 2008. Alas, the fest has chosen not to bring us Huppert's turn as a horny mother superior in 2013's The Nun. 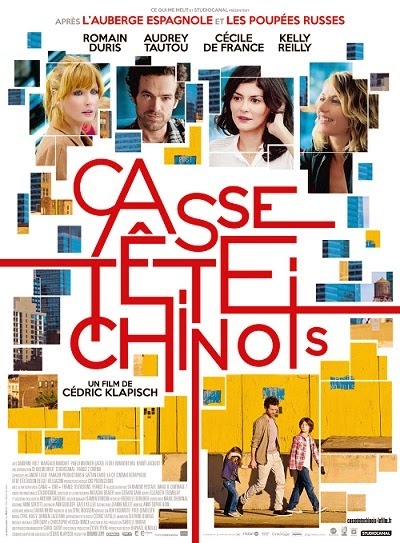 If memory serves, it's been a while since a bona fide French movie star attended SFIFF—Ludivine Sagnier accompanying Claude Chabrol's A Girl Cut in Two in 2008, perhaps—so I'm excited at the prospect of actor Romain Duris being here for the April 26 showing of Chinese Puzzle, along with director Cédric Klapisch. Duris, for those who can't place the name, co-starred in last year's SFIFF audience award winner, 1950's speed-typing rom-com, Populaire. I first took note of him when the festival showed Tony Gatlif's Gadjo Dilo in 1998. His new film closes out a loose trilogy, all directed by Klapisch, that includes L'Auberge Espagnole (2002) and Russian Dolls (2005). While there's only one screening at the festival, Chinese Puzzle will open at Landmark's Embarcadero Cinema on May 23. Another SFIFF57 French film scheduled to open soon locally (May 9 at Landmark's Opera Plaza) is François Ozon's Young & Beautiful, a matter-of-fact portrait of a teenage Parisienne's dabblings in prostitution, which screened in competition at Cannes last year. 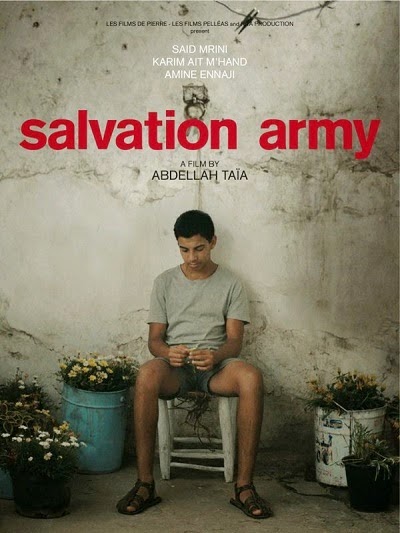 SFIFF tends to pass on most films of LGBT interest—I've always assumed out of deference to the Frameline LGBT film fest which takes place each June. I was therefore surprised and not displeased to find at least seven such films in the 2014 line-up, four of them French or French co-productions. I'm most looking forward to Salvation Army, by first-time director Abdellah Taïa. Based on his autobiographical novel, it's the two-part story of a gay Moroccan teenager living with his family in Casablanca, whom we meet again 10 years later residing in Geneva. The film has received raves since its premiere at Venice last September and features cinematography by the incomparable Agnès Godard. Also on the LGBT tip is Robin Campillo's Eastern Boys, wherein a middle-aged Parisian gets more than he bargained for upon taking up with an Eastern European train station hustler. Campillo is best known for screenplays co-written with Laurent Cantet (Time Out, The Class) and Eastern Boys is the first film he's directed since 2004's zombie flick, Les revenants. 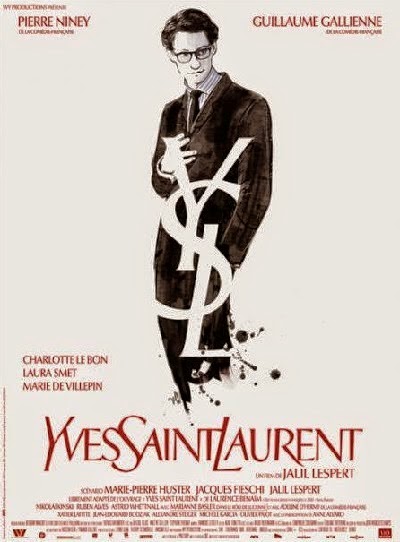 Actor Niels Arestrup is always recognizable for the older, macho types he's played in such films as The Beat My Heart Skipped and A Prophet. It should therefore be interesting to see him play a worn out, missing-persons detective who happens to be gay in Yossi Aviram's The Dune. The film co-stars Israeli heartthrob Lior Ashkenazi (Late Marriage, Walk on Water) as a long-estranged son and has been praised for its authentic depiction of an elderly gay couple. Finally, while I couldn't care less about haute couture and have shunned the entire glut of recent fashion designer documentaries, I'm intrigued by SFIFF57's bio-pic of Yves Saint Laurent. That's because Jalil Lespert, an actor I've always admired (Human Resources, the titular Le petit lieutenant), has for some reason chosen this as his third directorial feature. Lespert attended the festival in 2005 when he accompanied Robert Guédiguian's The Last Mitterrand to San Francisco. Yves Saint Laurent will also open at Landmark's Opera Plaza on July 4. 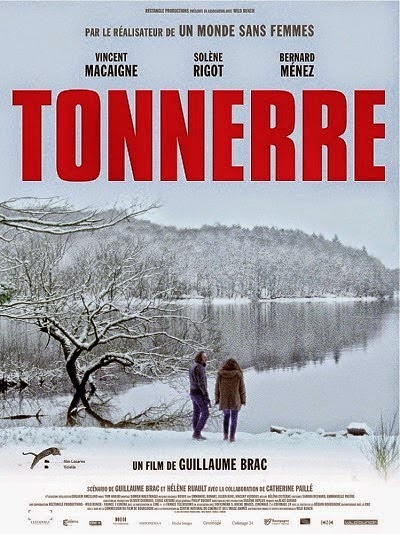 Two additional SFIFF57 French narrative features have caught my eye. If you've attended recent editions of the SF Film Society's French Cinema Now, you're familiar with the droopy-eyed, stringy-haired countenance of actor Vincent Macaigne. He starred in last year's FCN opening nighter 2 Autumns, 3 Winters, and the previous year's double-billed shorts A World Without Women and Stranded. Those shorts were directed by Guillaume Brac, whose new film Tonnerre finds Macaigne playing a rock star whose life gets complicated during a hometown visit. Then in Sophie Fillières' If You Don't, I Will, two of my favorite French stars, Emmanuelle Devos and Mathieu Amalric, pair up as an out-of-sorts couple (as they've done before in the films of Arnaud Desplechin). Amalric, it might be mentioned, is said to have an unforgettable cameo in the aforementioned The Dune. 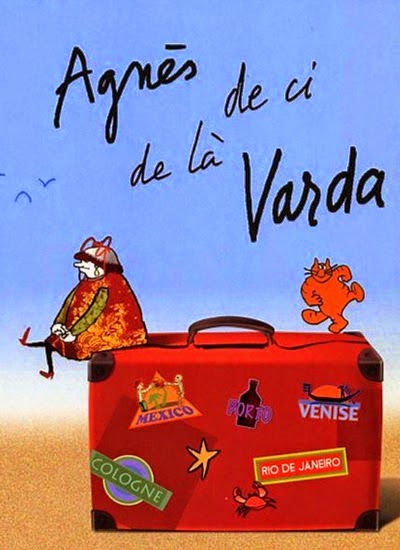 One of the nicest surprises to be found in this year's line-up is the documentary Agnès Varda: From Here to There. In this 5-part French TV mini-series which originally aired in 2011, the 85-year-old "Godmother of the French New Wave" journeys around Europe doing what she does best, which is simply being Agnès Varda. Her itinerary includes conversations with directors Chris Marker, Alexander Sokurov, Carlos Reygadas and Manoel de Oliveira. The series can be enjoyed in one fell 225-minute swoop or spread across five short weekday matinees. Another French doc I'm looking forward to is Julie Bertuccelli's School of Babel, an intimate look at a Parisian "reception" class for immigrant students. Bertuccelli's last documentary to play the festival, 2007's The Whistling Blackbird, followed the production of veteran French-Georgian director Otar Iosseliani's Gardens in Autumn, and was considerably better than the film it observed in the making. Bertuccelli is also known for her narrative features Since Otar Left (2003) and The Tree (2010). 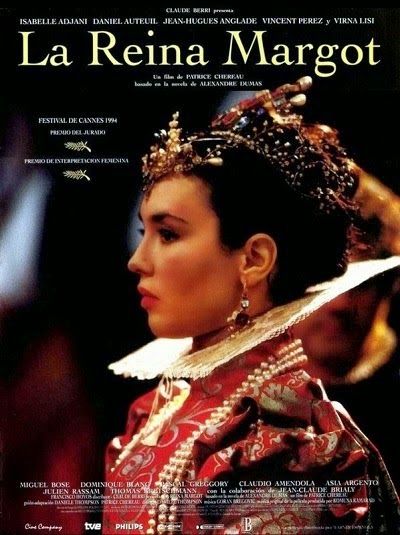 Finally, as a 20th anniversary tribute, the festival will screen a 159-minute restored director's cut of Patrice Chéreau's Queen Margot, starring Isabelle Adjani, Daniel Auteuil, Virna Lisi and Vincent Perez. Steven Jenkins' florid description of the film in the catalog will jog your memory as to why it deserves to be revisited.