The 57th San Francisco International Film Festival (SFIFF57) is set to begin in ten days and so far we've taken a glance at this year's awards and special presentations, as well as the impressive line-up of French selections. The festival will also present a generous number of European films from outside France and here are some thoughts on the ones which have grabbed my attention. 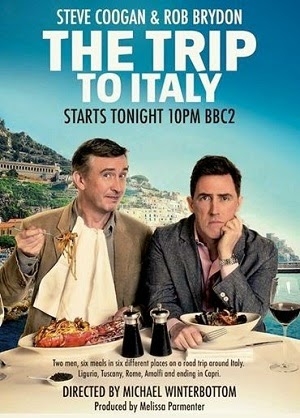 Four films from the UK and Ireland made my SFIFF57 must-see list. All have major U.S. distribution, so we'll see if I catch them at the fest or wait for their respective upcoming theatrical releases. (At this point, it appears none have directors or other talent accompanying them to the festival). Like many people, I'm especially dying to see The Trip to Italy, Michael Winterbottom's sequel to 2010's The Trip, starring Steve Coogan and Rob Brydon as comically annoying versions of themselves out on the road. UK director Richard Ayoade follows up his acclaimed 2010 directorial debut Submarine with what appears to be another critical success, the Dostoevsky-based, dystopian doppelganger dramedy The Double, starring Jesse Eisenberg and Mia Wasilkowska (opening May 16 at the Landmark's Opera Plaza). Also returning with a lauded sophomore film is Irish director John Michael McDonagh, whose black comedy Calvary drew raves at Sundance and Berlin. This is his second collaboration with actor Brendan Gleeson (The Guard), here playing a village priest threatened with murder by an unseen confessor. Calvary is a last-minute addition not listed in the festival's printed program. Then in Lenny Abrahamson's absurdist indie-rock fable, Frank, Michael Fassbender's handsome face remains hidden through an entire movie, whilst he delivers lines from under a giant fiberglass head. 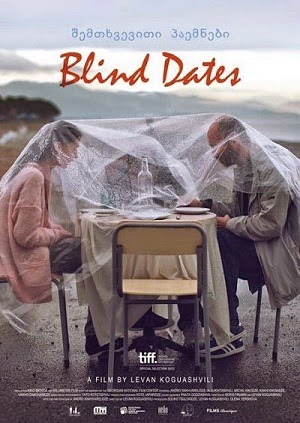 From the continent's Eastern extremes, SFIFF57 brings us a pair of Georgian films. In case you haven't heard, the former Soviet Socialist Republic is the world's latest hotbed of emerging film talent. This "new" Georgian cinema movement is loosely thought to have begun with Levan Koguashvili's 2010 neo-realist junkie saga, Street Days. While that film has yet to appear in the Bay Area, the director's follow-up film Blind Dates, has earned a slot in this year's SFIFF line-up, along with Zaza Urushadze's anti-war tale Tangerines. I understand the Pacific Film Archive will be doing a Georgian series later this year and hopefully Street Days and Nana Ekvtimishvili's In Bloom, a terrific Georgian film I recently saw at the Palm Springs International Film Festival, will be included. From Georgia's neighbor Turkey, SFIFF57 is bringing us Zeynep Dadak and Merve Kayan's rambunctious female coming-of-age tale The Blue Wave, which is competing for SFIFF57's New Directors Prize. It might be remembered that last year's prize went to a debut Turkish film, Belmin Söylemez' Present Tense. Lastly from The East, I'm very grateful the festival has programmed Romania's When Evening Falls on Bucharest or Metabolism, another captivating-sounding exercise in cinematic formalism from Corneliu Porumboiu, director of 12:08 East of Bucharest and Police, Adjective. 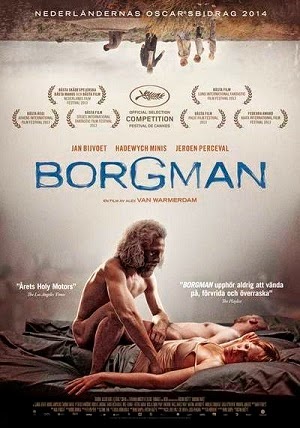 Rounding out the list of SFIFF57 European narrative features I'd like to catch are a trio from Scandinavia (albeit at its most loosely defined). Lukas Moodysson's We Are the Best! is said to be a return to the ebullience of his early films like Show Me Love and Together, following a string of four gravely dour projects that marked the Swedish director's output in the Aughts. His latest follows the ups and downs of an all-girl punk band in the 80's and is scheduled to open theatrically on June 6. While violent genre films from anywhere in the world are rarely my cup of grog, I've read enticing things about Alex van Warmerdam's Danish entry Borgman. The festival's capsule write-up suggests it's like Boudu Saved from Drowning as directed by David Lynch instead of Jean Renoir, and that's exactly how it comes across in the trailer. Along with François Ozon's Young and Beautiful, it's one of two SFIFF57 films that were in Cannes' main competition last year. Then in Benedikt Erlingsson's dryly humorous Of Horses and Men, a series of inventive vignettes explore relationships between man/beast and man / man in the Icelandic countryside. Friends who caught this 2014 Icelandic Oscar® submission at Palm Springs had only great things to say. 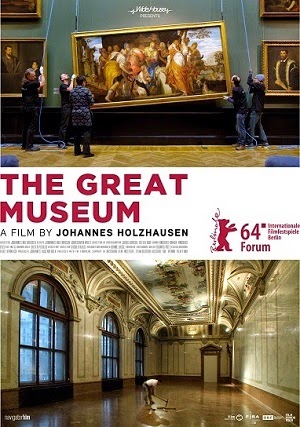 Four non-French European documentaries also make my SFIFF57 must-see list, starting with Joaquim Pinto's What Now? Remind Me, a 164-minute rumination on the director's year-long co-habitation with toxic, mind-altering drugs used to combat his HIV and Hepatitis C. The film won FIPRESCI and Special Jury Prizes at last year's Locarno Film Festival. I missed seeing Lois Patiño's Coast of Death at Palm Springs and am therefore grateful to find it here. This narration-less portrait of Spain's rugged Galician coast employs a device whereby human figures are miniscule within long-shots of nature, but their individual voices are heard crystal clear on the film's soundtrack. One of my favorite films of last year's festival was P.O.V. award-winner Jem Cohen's Museum Hours, which was largely set inside Vienna's Kunsthistorisches Museum. Johannes Holzhausen's The Great Museum takes an in-depth, Frederick Wiseman-like look at this revered institution's inner workings as it prepares for a 2013 renovation. And last but certainly not least, Mark Cousins follows up his staggeringly great 15-hour doc series The Story of Film with the self-explanatory A Story of Children and Film.

I was so disappointed that some of the SFIFF movies were sold out by the time I heard of them, THE GREAT MUSEUM being one. Does being sold out send a message to the distributers, so that we could expect these movies to come back in regular theaters? YVES ST> LAURENT was another onem but I noticed you posted a July date for it to be shown in SF. I'll be first in line.

Thanks for your comment, Dianne. I would think sold out festival screenings might send a message to distributors, but who really knows? As for THE GREAT MUSEUM, it has Kino Lorber as its US distributor, so it's pretty much guaranteed the film will at least get a domestic DVD release. Meanwhile, did you see Jem Cohen's MUSEUM HOURS, which screened at last year's festival? It's an excellent narrative feature set in the same Vienna museum.