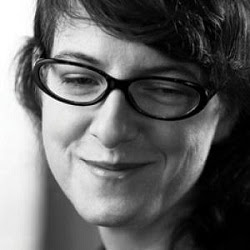 It's been said that childhood cannot wait for the parent to grow up; a sad, unfortunate truth punctuated in Ursula Meier's sophomore feature Sister (L'Enfant d'en haut, 2012), winner of the Silver Bear at the 2012 Berlin International Film Festival, and Switzerland's official submission for the Best Foreign Language Oscar®. Although Sister made the January shortlist, it fell short of the final five.

As Evening Class contributor Michael Hawley wrote when Sister closed the 2012 edition of the San Francisco Film Society's French Cinema Now series: "Alas, time marches on and so-called 'progress' prevails. Even Agnès Godard, whom many consider Europe's greatest living cinematographer, has done the digital deed with ... Sister. The results are pretty damn impressive.... (Godard talks about the experience of shooting digital in a recent NY Times profile). Sister is Meier's awaited follow-up to Home, a delightfully weird fable about a family living spitting distance away from a super-highway. While that film's final act disappointingly descended into aimless absurdist melodrama, her latest is rock solid and reality grounded. Kacey Mottet Klein, who played the rambunctious kid in Home, is now a cagey 12-year-old thief named Simon who steals and re-sells expensive ski equipment from a luxurious mountain resort. He does it to support his aimless and slighter trashy older sister, played by Léa Seydoux (last seen as Marie Antoinette's reader in Farewell, My Queen). In the many ski gondola trips Simon takes to and from 'work' each day, Meier and Godard make magnificent metaphorical use of the physical space separating the high altitude haves of the ski resort and the have-nots living in the dingy town below. X-Filers take note—Gillian Anderson has a significant supporting role as a foreign tourist."

I had a chance to speak with Meier briefly after Sister's PSIFF screening. Michael Guillén: It's a rather amazing feat that the two films you have made have both been submitted to the Academy Awards®. Can you speak to how you financed Sister?

Ursula Meier: I had made a TV film for Arte [Strong Shoulders (Des épaules solides, 2012)] and this film was a big success around the world at film festivals. It played at New Directors / New Films and got a very good review, which helped me secure financing for my first film, which was quite expensive for a first film (5,000,000 Euro), featuring a big cast, including Isabelle Huppert and Olivier Gourmet. So this TV film went around the world and won several prizes and—even though it was just a TV film—a lot of people talked about it and that helped me out. My first film Home (2008) was in Cannes Critics Week and did well in the U.S. My second film was co-produced by Switzerland and France and was not as difficult to finance as my first film because it was not as expensive.

Guillén: Much has been said about your use of the Alps to metaphorically differentiate economic stratification. One could say the mountains themselves were a character. Can you speak to that?

Meier: I grew up at the foot of the mountains near the border of Switzerland and France [Besançon, the capital of the Franche-Comté region]. As a child I went skiing a lot because the lifts were just 10 minutes by car. One day I was with a group of children and the ski instructor pointed out a little boy who was on his own who he said was a thief. I was surprised that there could be a thief in such a place, because I had always thought that thieves would only be down below and not up in such a place where rich people were. It's very expensive to ski and to afford a passport into this world under the sky in the sun with snow and so on. So as a child, I asked a lot of questions about who this little boy was and why he was alone, without friends or parents, and why he was a thief? This memory came back while I was writing at a ski resort, but it was just a picture in my imagination. 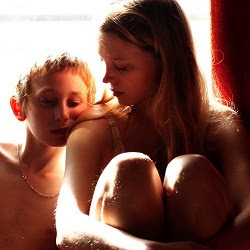 The topography of this place where I shot the film in Switzerland fascinates me—I shot my TV film at the same place—because it is industrial below and all you have to do is follow the smoke from the factories up to where there is another world where rich people come from around the world to ski. You have people who work in the tower below who never go up on the lift to the slopes, which are no more than 10 minutes from their homes. Cinematically, this was simple yet radical, this vertical view, to talk about our contemporary world. I like to be radical. I made the choice to go more towards a fairy tale, where Simon would take the lift to this other world. The verticality of the lift creates a tension between up and down.

Guillén: Both Home and Sister depict intriguing family relationships. They're almost dysfunctional and yet they survive through the sheer force of love. Can you speak to why this is a theme that interests you?

Meier: That's a very good question and I'm not sure I can answer it because I would have to psychoanalyze myself. [Laughs.] I like to be in the frontier. I like characters who are not the norm and who are marginalized. When I watch characters in films, I like to be surprised. I like when filmmakers mix genres, for example Alfred Hitchcock's The Birds, which is a little bit horror. What's interesting is that these days if you ask, "What is the most important thing in your life?", old people will say, "Family." But if you had asked the same question 20 years before, more people would have answered "work" or "friends"; family would not have been their first choice. But now it seems that family is the last community in our contemporary world that people trust. With so much divorce and the recomposition of families, it's interesting for me to have characters who break the traditional notions of the family. It's a question of love every time. In Home the family members love too much maybe? In Sister, perhaps not enough?
Posted by Michael Guillen at 1/15/2013 10:30:00 AM