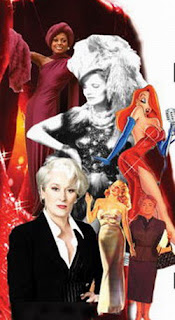 Every so often I consider just how blessed we are in the Bay Area to have our armada of film impresarios: Eddie Muller educating and entertaining us with classic noir at the Noir City Film Festival; Bruce Fletcher surfing the edge with Dead Channels; and Joel Shephard haunting the vaults for classic genre pieces for his YBCA programs. Clearly among them are the Castro stage tribute/benefit events organized by Marc Huestis, who has singlehandedly—and way ahead of the pack—introduced many a star from yesteryear to the adoring attention of new audiences. Everyone's got their favorites from the past 11 years, I'm sure, but suffice it to say that I'll never forget Ann Blyth recalling Crawford and Mildred Pierce; John Waters celebrating Christmas; Carol Lynley and Stella Stevens surviving the capsized Poseidon; Barbara Parkins surviving The Valley of the Dolls; and Karen Black performing country live with Come Back to the Five & Dime, Jimmy Dean, Jimmy Dean. These were not just film revivals but cinematic events that underscored that the history of a film isn't over until it's over. Huestis has a gift for breathing new life into old vehicles. 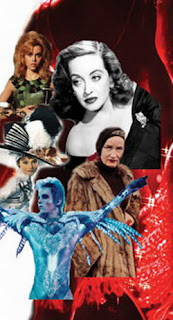 Huestis now wants to know if you have a passion for Prada and crave couture? If so, you're in luck because he has organized the Fabulous Fashion in Film Festival, running Friday, July 27 through Thursday, August 3 at San Francisco's premiere movie palace The Castro Theatre. The program's up on line and includes such sizzling combinations as a gala screening of The Women (1939) with Santino Rice and Jeffrey Sebelia—the bad boys of Project Runway—on hand to dish dirt on who's in and what's what. Margaret Pellegrini—one of the last surviving Munchkins—offers commentary on the festival screening of Wizard of Oz (1939). Jim Van Buskirk reveals his loving knowledge of Audrey Hepburn at a screening of Funny Face (1957) while Jan Wahl and Donna Sachet follow suit to talk hats in My Fair Lady (1964). Justin Bond—of Kiki and Herb fame—hosts Grey Gardens (1975) while Matthew Martin fastens his seatbelt for All About Eve (1950). Leave it to Huestis to program the obvious double-bill of the year: Sparkle (1976) and Dreamgirls (2006). Plus much much more!

Not having anything to wear won't be enough of an excuse for this one. Be creative, be flamboyant, be outrageous if you must, but be there!
Posted by Michael Guillen at 5/31/2007 02:28:00 PM

Thanks for sharing your wonderful blog. I find it intriguing and I've only scratched the surface. I'd never heard of Jean Malin but his is a truly remarkable story. I plan many return visits and anticipate rare pleasures.

Happy to have you here, Arthur, and thanks for commenting. I hope you find some past entries of interest.