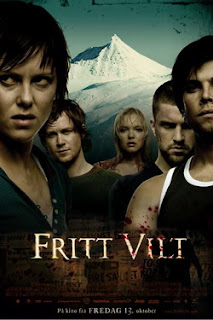 What I want to know is why my mother didn't call me Roar? Some guys have all the luck.

As ever, the Twitch team is way ahead of the pack. Todd first reported on Norwegian director Roar Uthaug's Cold Prey last summer, offering up the Norwegian Film Institute capsule and a teaser trailer. Peter followed through with the poster, a full-length trailer and the prescient comment that "a simple premise well-executed is a beauty to behold." The film opened in Norway in mid-October (on Friday the 13th, to be exact) and Gomorrahizer reported on distribution updates. Commenting on his post, a Twitch reader offered up a Studna.net interview with Uthaug, which sheds light on the film's working title: "The Norwegian title is a hunting term that directly translated is Fair Game, something that is allowed to be hunted on. As the teenagers are in our movie. Since there are so many films called Fair Game (and it doesn't sound very horrorish) we have chosen the international title: Cold Prey." Finally, in his review of films in 2006, Todd included Roar Uthuag in his Five Directors To Watch. Todd writes: "Uthaug has the unusual distinction of having helmed a slasher film that gets absolutely everything right other than the actual slashing but there's no doubt that he and Annila together represent a rising wave of young Nordic film makers eager to shake off the arthouse expectations of their local industries and create something more visceral. And what Cold Prey does well it does spectacularly well—it is impeccably shot, flawlessly paced and features some compelling character work." 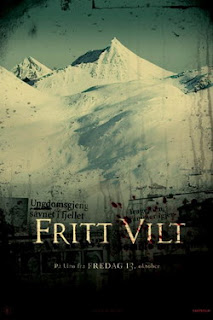 Programming associate Rod Armstrong—who brought Cold Prey to SFIFF50 as part of his Late Night Movies series—likewise focuses on the film's characterizations: "Screenwriter Thomas Moldestad reinvigorates the horror genre by imbuing his vivid characters with distinct personalities—it's genuinely affecting to see some of them iced." Rod reiterated that point introducing the film: "What I really appreciated about this film—because, obviously, if you've been seeing other late shows—this year they were all horror films; they were all from different countries. This particular film is part of the slasher genre. All too often in those films, you're just waiting for the next person to die and kind of guessing, 'Okay, will it be this person that I don't like very much? Or this person that I don't like very much?' Whereas in this film more attention is paid to character development, which I appreciated, so that's not as much a factor. Although you're thinking, 'Well, gosh, who might die next?", you actually do have some emotional stake in it." Further, Rod appreciated the film's exquisite cinematography of Norway's mountain regions and Uthaug's "full use of the location."

Wuss that I am, I caught SFIFF50's alternate mid-afternoon screening of Cold Prey, co-presented by the Yerba Buena Center for the Arts with support from the Consulate General of Norway, San Francisco. I was delighted to take part in a Q&A session afterwards. 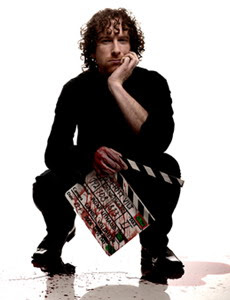 Roar Uthaug—as the Svensk Filmindustri International website lays out—"made his first axe murderer film in the eighth grade in junior secondary school. He was first educated in video production at the Mediefabrikken in Akershus county, and later in directing at the Norwegian Film School in Lillehammer 1999-2002. His graduation film The Martin Administration was nominated for the Student Oscar as Best Foreign Student Film. He has been employed as director for commercial films and music videos in Fantefilm since the summer of 2002." 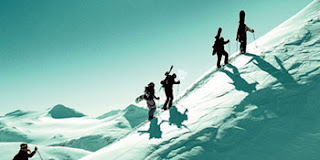 Rod started off the questioning by determining the locale of the film, which Roar identified as Norway's Jotunheimen mountain range. Cold Prey was filmed in a hotel skiing lodge on the edge of the Jotunheimen National Park. This lodge is open for business all year except for the three most fierce months of winter when the roads are impassable. Of course this is when Roar and his crew rented it for filming. They painted the walls dark to make it look like it had been abandoned for years and then had to swiftly paint it back to its original state before the lodge opened for the season. It was a tight transition; they had guests coming in the day after Roar's crew pulled out. The paint was literally still drying on the walls. 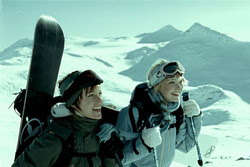 The entire film was shot on location, other than for one additional day of off-site shooting to secure close-ups and that sort of thing. The entire cast and crew moved into the lodge for six or seven weeks. Since the roads were impassable, all the equipment had to be brought in by snowmobile. Out of cellphone range, they had only one phone to communicate with the outside world, which they all shared to phone home at night. Despite isolation, the cast and crew got along well. They had a small screening room to watch videos. They started out by watching horror movies like The Shining (which has obvious wintry affinities with Cold Prey, not the least being room 237) but graduated to comedies like Dodge Ball to lighten the mood. 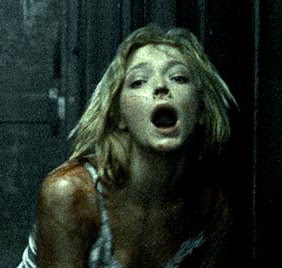 One fellow asked the question that I wanted to ask: There's an obvious (and only slightly irritating) Burger King product placement early on in the film and the rock music score was sung in American English. Why? With disarming candor Roar explained that Norway has Burger Kings too and he was not opposed to a little product placement to secure some funding from them. As outlined in the aforementioned interview, to make a horror film in Norway is not that easy. "As we are quite a small country, with a limited amount of moviegoers, all our films are government funded. Previously the funding has gone through film consultants, which mostly have preferred films of an 'higher artistic value' than what is thought of from horror films. But now we have a new 50/50 funding, which means that if you raise half your budget from private investors, the government gives you the other half. This has made it a lot easier to make more commercial films, like action and horror." That makes it easier to accept Burger King's promotional involvement. Rod wanted to know if there was a toy giveaway? 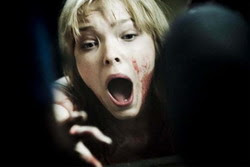 As for the music, they're all Norwegian bands and it's not that uncustomary for European rock bands to sing in English. Turbo Negro delivers a powerful and comic closing theme to the film with their song "All My Friends Are Dead." The only music in the film that's sung in Norwegian is the old (i.e., 70's) music on the stereo when the power comes on at the hotel. I didn't catch the female singer's name, but, Roar commented that all the lyrics of these older songs are about winter, or going skiing, or waiting for summer to come. Currently, there are no plans for a soundtrack.

The rights for US distribution have been bought but it's not clear yet whether that will be theatrical distribution or straight to DVD. Through the title sequences Roar attempted to create a sense that the film's events were based on fact; but, they're complete fiction. The concept came to him through one of the producers who is an outdoors enthusiast. Most Norwegian films are made in Oslo and this guy wanted to make a film that would get them out of the office and show off Norway's scenic grandeur. A young co-worker offered the idea of snowboarders going up into the mountains and getting killed. He thought that was a brilliant idea and ran with it. Like Roar, screenwriter Thomas Moldestad graduated from the Norwegian Film School and was brought in to develop the script.

The film boasts a hot, youthful cast. Todd has already made mention of Cold Prey's "rather attractive Viking lasses" and I would be remiss not to go hubba hubba for the film's Viking lads. The cast includes Ingrid Bolsø Berdal as Jannicke, Viktoria Winge as Ingunn (who likewise features in Reprise, also at this year's SFIFF50), Tomas Alf Larsen as Eirik, Endre Martin Blindheim Midtstigen as Mikal (my favorite), and Rolf Kristian Larsen as Morten Tobias. Mentioning to Roar that in the U.S. slasher flicks are often the way young actors get launched in the movie business, I asked if he could tell us more about his young actors. Norway, Roar explained, is such a small country that there's not a lot of opportunity for young actors. Unlike the United States, there's not even television series like Buffy, the Vampire Slayer that help young actors gain celebrity before being cast in feature films. If you want to cast someone in their early '20s, they will all be unknowns. Though the lead actress Ingrid Bolsø Berdal is the only one who has been in a couple of other movies in minor parts, all of them have had an amateur theater background. Rolf Kristian Larsen has secured the lead role in Roar's next film. Roar qualified that none of his cast were snowboarders and that stuntmen were used for those sequences.

Noting that he had effectively tweaked the slasher genre—reminding audiences of the effects of bad parenting—I asked Roar if he intended to continue in the horror genre and what projects were down the pipeline for him? Roar responded that he wouldn't mind doing more horror films but he would also like to explore other genres. Currently, he's working on Cold Prey 2; riding the success of Cold Prey, which opened last fall in Norway and ended up being the #2 box office draw of 2006. He lost first place to a football comedy. Norway is such a small country that his loss could be measured in 2,000 admissions. Cold Prey drew 165,000.

Just as Todd noted that Uthaug bears "the unusual distinction of having helmed a slasher film that gets absolutely everything right other than the actual slashing", Roar was asked why his axe-wielding murderer—who has killed everyone so gruesomely and (relatively) thoroughly—would suddenly become careless, leaving two of the five unconscious but not dead? Again, with endearing frankness Roar explained that the killer was becoming "old and sloppy." That made everyone laugh. "He's not a very good serial killer," Roar apologized. Apology—and entertainment—accepted.