SFMOMA FILM SERIES—Fidelity and Betrayal: Variations on the Remake

In conjunction with San Francisco's Museum of Modern Art's current exhibition "Picasso and American Art", which includes instances of American artists remaking—as new versions—particular works by Pablo Picasso, quoting passages of his paintings, or mimicking his style, SFMOMA has likewise curated a series of films—"Fidelity and Betrayal: Variations on the Remake"—which approach and reflect upon remakes of classic films. The series began on Sunday, March 4, 2007, and will continue through April 22, 2007. 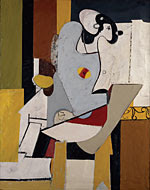 "There are remakes and remakes," SFMOMA attests. "Most of the time films are remade simply in order to sell them to a larger, more mainstream—usually American—public. But sometimes a remake—by adapting, displacing, or just feeding off another film—not only generates something different and new, it reveals peculiarities of the original that we wouldn't otherwise see. Whether it is an homage or a travesty, a remake can be faithful to the original in changing it—or it can betray the original by imitating it. …In painting as in film the remake can, sometimes, be a valid and exciting genre. This series presents a few of the many examples of creative remaking that exist in the history of cinema." 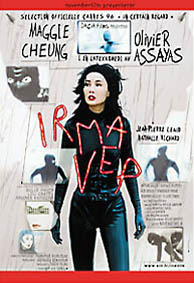 The first double-bill being offered pairs Olivier Assayas' Irma Vep (1996) with Louis Feuillade's Les Vampires (1915). Irma Vep, which stars Maggie Cheung playing herself playing a jewel thief in a rubber catsuit, is a witty, sexy, stylish film about film—and one of the cult movies of the 1990s. René Vidal (Jean-Pierre Léaud) is a has-been film director struggling to remake Feuillade's legendary serial, Les Vampires. Along with enjoying Irma Vep, this is a rare opportunity to see Les Vampires in its entirety, a classic of early silent cinema. Parts 1-3 screened last Sunday, March 4; parts 4-7 screen Sunday, March 11; and parts 8-10 screen Sunday, March 18, all at 1:30 p.m. 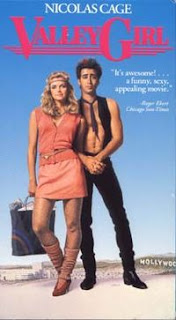 The second double-bill is Michele O'Marah's Valley Girl (2002), a remake of Martha Coolidge's Valley Girl (1983). Video artist O'Marah pays tribute to the favorite film from her youth by re-creating Coolidge's Valley Girl with a cast of friends. Both films offer a modern-day fairy tale that seduces the audience with its idealism; O'Marah employs rudimentary sets and amateur performers to bring Coolidge's characters to life, exaggerating the audience's yearning to believe in the story's fictional world despite its transparency. Both films screen Thursday, March 22, 2007, at 6:30 p.m. and Sunday, March 25, 2007, at 2:00 p.m. 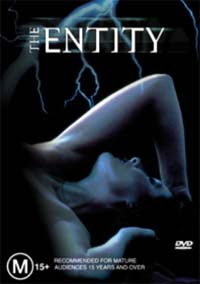 On Sunday, April 01, 2007, two Peter Tscherkassky films—Outer Space (1999) and Dream Work (2001)—rework Sidney J. Furie's The Entity (1981). Tscherkassky appropriates and manipulates footage from Furie's psychological horror film The Entity to delve deeper into the experiences and psyche of Furie's protagonist (Barbara Hershey), the victim of paranormal sexual abuse. Using contact prints he made from sequences in The Entity, Tscherkassky creates his own eerie, distorted, nonlinear narratives, introducing burns, bleeds, and multiple exposures to explore the protagonist's mental state and physical torment. The program starts at 2:00 p.m.

Film stock emphasizes the similarities and differences between Su Friedrich's Damned If You Don't (1987) and Michael Powell and Emeric Pressburger's Black Narcissis (1947). Repression and eroticism mingle on-screen in this pair of films about nuns struggling against feelings of lust and uncertainty. Black Narcissus stands as a classic for its stunning cinematography and rich color, adding drama to the growing tension among a group of isolated nuns in the Himalayas, while Damned If You Don't uses black-and-white film to present a more modern tale of scandal: the lesbian seduction of a nun. These two films screen Thursday, April 05, 2007, at 8:30 p.m. and Sunday, April 08, 2007, at 2:00 p.m. 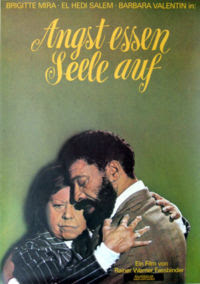 On Sunday, April 15, 2007, Douglas Sirk's All That Heaven Allows (1955) provides inspiration for Rainer Werner Fassbinder's Ali: Fear Eats the Soul (1974). Sirk's tale of two lovers whose differences in age and social stature ignite the disapproval and derision of those around them provides genetic fodder for Fassbinder, but the films maintain very distinct storylines. While on some points the directors' examinations of their characters overlap, each develops a finely honed focus: Sirk, on subtle sources of pain and isolation; Fassbinder, on the intensity sparked by juxtaposing markedly contrasting elements. This duet screens at 2:00 p.m. 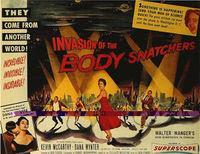 Finally, on Sunday, April 22, 2007, beginning at 2:00 p.m., Valie Export's Invisible Adversaries (1976) is paired with Don Siegel's Invasion of the Body Snatchers (1956). Siegel and Export explore themes of paranoia and isolation in a pair of allegorical films about the loss of identity. Siegel's original, based on Jack Finney's 1954 serial, is rife with political overtones, suggesting the tense era of McCarthyism and the Cold War, while Export imbues her 1970s film with a feminist perspective and avant-garde depictions of a psychological breakdown.

All films are in the Phyllis Wattis Theatre, SFMOMA, 151 3rd Street, San Francisco. Tickets are $7 general; $5 SFMOMA members, students, and seniors. Tickets are available at the Museum (with no surcharge) or online. Film at SFMOMA is generously supported by the Phyllis C. Wattis Foundation and Carla Emil and Rich Silverstein.
Posted by Michael Guillen at 3/09/2007 10:17:00 PM

What an amazing series, and what an amazing lack of publicity about it! I can't believe I've already missed the first several segments of the Feuillade; I've been waiting for years for just such an opportunity to see them on the big screen as this. With the Herzog, the Oscar-nominated docs in February, and now this I guess SFMOMA is really, officially a film venue again after a relatively fallow period. Your post has spurred me to do something I ought've long ago: try to get on their mailing list. We'll see if it works.

It is amazing how little this has been publicized. I caught it on Squid List. Do you subscribe to them, Brian?

No, but I'm familiar with it. Perhaps I'll sign up.