MAMET AT THE MOVIES 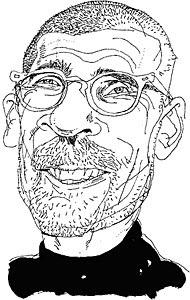 Turner Classic Movies host Robert Osborne has invited Pulitzer Prize-winning playwright and screenwriter David Mamet to be TCM's latest guest programmer. Mamet will set aside his typewriter to program an evening of his favorite classic films on Thursday, March 22, 2007. Known for the rhythmic nature of his dialogue, Mamet has penned such blockbusters as The Untouchables (1987), Hoffa (1992) and Glengarry Glen Ross (1992). Beginning at 5 p.m. PT, Mamet will introduce several of his favorite movies, including the war classic In Which We Serve (1942); Island in the Sky (1953), with John Wayne and Harry Carey, Jr.; Marcel Carné's Le Jour Se Lève (1939); and The Killing (1956), directed by Stanley Kubrick. 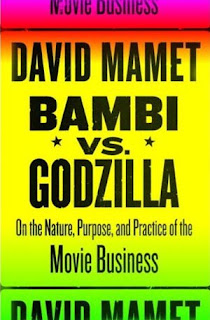 His being a guest programmer on TCM timely aligns with the publication of Mamet's latest book. In singular style and with idiosyncratic substance, David Mamet has bitten the hand that feeds him in his new Pantheon collection of essays Bambi vs. Godzilla: On the Nature, Purpose and Practice of the Movie Business. The critical response is mixed as one reviewer after another examines Mamet's teethmarks to gauge how fierce the bite and if he has truly drawn any blood.

The New Republic's Stanley Kauffmann and Richard Schickel in the March/April issue of Film Comment both complain that Mamet disappoints for not offering new critiques about the movie industry instead of what "has been common knowledge for a century." Kauffmann wanted to be amazed, enlightened even. Instead, he writes that "by and very large Mamet's book reads like a stenographic report of lecture appearances." Both begrudgingly concede, however, that—though there's nothing new in Mamet's assault—"the manner in which Mamet lays about him imparts, if not the shock of the new, then the pleasure of strong, stinging writing" (Schickel). Or as Kauffmann phrases it, "Scattered through the book, inevitably, are some percepts—if not always fresh, then at least sharply put."

"Since so many of Mamet's beefs with Hollywood are familiar and indisputable—that its blockbusters emphasize spectacle over story, that its bigwigs do too little work for too much money, that its market research techniques dilute its artistry and that its reliance on group decision-making fosters mediocrity—one suspects that his interest in restating them is technical, aesthetic." So writes Walter Kirn for The New York Times who discerns that Mamet's style distinguishes his essays. "He puts things differently from others," Kirn explains, "and he does so in two distinctive registers." One is clean, commonsensical, straightforward while the other is less speechlike. "Professorial, fussy and overbearing, it reads at times like a parody of something." This latter manner, unfortunately, "rules the book."

The Austin Chronicle's Kimberly Jones is less obliging. "No thrills or chills here," she writes, "just some pretty good stories from an incorrigible grump, if you don't mind sloughing through an awful lot of gasbaggery to get to them."

Meanwhile, at The New York Observer, Scott Eyman characterizes Mamet as once again playing Moses laying down Hollywood law. "[T]here's something closed and unpleasantly doctrinaire about Mr. Mamet's attitude," Eyman complains, "he doesn't want conversation, doesn't make modest proposals and rarely seeks to amuse. Charm is not a quality he values, let alone exhibits. What he really wants to do is bludgeon the reader with the blunt instrument of his prejudices." 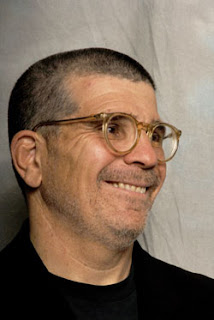 One has to take all these detractors with a grain of salt. They're critics, after all, and Mamet isn't too complimentary of critics. He calls them a plague. "Here, self-interestedly," Schickel writes, "I must raise an objection to [Mamet's] vividly expressed contempt for critics. We are not, as he seems to think, in business to teach him anything; our real task is to serve as mediators and discussion leaders between audiences and artists—especially on the kinds of films Mamet makes. He's right to be wary of us—awful lot of idiots burbling and blogging out there today—but we are not necessarily his enemies. And we're not necessarily for sale either."

"About critics, he runs out the same old objections," Kauffmann states. "Has any artist ever really liked critics? Mamet includes, in his own words, the usual whine: 'Who gave them the right to judge me?' " To which Kauffmann petulantly counters: "Who gave artists the right to make art?" This is one of those chicken and egg sequences that not only enforces a false dichotomy but entrenched perspectives. Choose your toys and take them home if you don't feel like playing. For example, you might prefer the adulation of Gore Vidal and Roger Ebert at the book's website.

The drawing of Mamet is courtesy of Joe Ciardiello for The New York Times. The photograph is courtesy of John M. Heller / Getty Images. Cross-published at Twitch.
Posted by Michael Guillen at 3/19/2007 06:43:00 PM