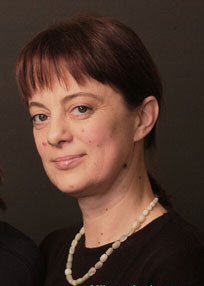 Attending the Palm Springs International Film Festival has been a welcome respite from the self-imposed tyranny of film blogging; but, after seeing thirty-some films, it's time to get to work! Anticipate a handful of interviews, overviews of the foreign language submissions and the Latino fare, and Michael Hawley's impressions and overview of his own experiences at the festival. All as fast as I can pump them out.

I dedicate this write-up to Marina, a faithful articulate reader of The Evening Class who—in the comments section of my entry on the Foreign Language Submissions to the Academy Awards—encouraged me to view Monkeys In Winter, a Bulgarian entry at PSIFF, which she has defended as representative of "the revival of Bulgarian culture—freed and fed with life."

* * *
Milena Andonova's suitcase did not arrive with her from Bulgaria when her plane landed in Palm Springs. Though distracted by such troublesome logistics, she nonetheless came directly to the Camelot Theater from the airport to introduce the first festival screening of her debut feature Monkeys In Winter, promising that by the time the movie was over she might be feeling a bit better. This proved to be the case as she was promised her luggage within a couple of days.

Directed by Milena and produced by her younger sister Nevena Andonova, Monkeys In Winter was Bulgaria's official foreign language submission to the Academy Awards and in competition for the John Schlesinger Award for Outstanding First Feature or Documentary at PSIFF. It was the winner of the East of the West Competition at the 2006 Karlovy Vary Film Festival and just this last Saturday—according to the Focus Information Agency—Monkeys In Winter won Movie of the Year at Bulgaria's National Film Center. The win was heightened by its being in competition with three other films, a wealth which Bulgaria has not seen in over a decade. Along with Movie of the Year, it won awards for Diana Dobreva's performance, set design, costumes and Rali Rachev's cinematography. So although Monkeys In Winter was not chosen for the Academy Awards short list for foreign language feature, praise at home celebrates the promise of Andonova's future work.

As reported by Veneta Pavlova for BNR Radio Bulgaria Culture, Monkeys in Winter "marked the comeback of Bulgarian cinema to the prestigious family of outstanding European productions." The daughters of the late theatre and film director Metodi Andonov, Nevena and Milena have inherited his talent and their win at the 2006 Karlovy Vary Film Festival echoed their father's win 34 years previously for his emblematic film, Kozijat Rog / The Goat's Horn (1972). Yana Hashamova's analysis of Monkeys In Winter at KinoKultura insightfully examines Milena's cinematic homage to her father's films. 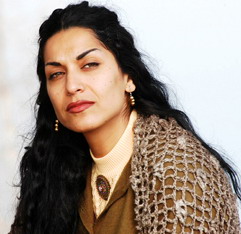 Monkeys In Winter's narrative is set over a 40-year time span, braiding three stories that explore the lives of three women from separate generations who each face difficult decisions about their roles as mothers in Bulgaria's recent social and political history. The tale of Romany gypsy Dona (Bonka Ilieva-Boni) begins in 1961; followed by the story of young attorney Lucretia (Diana Dobreva) 20 years later; and then of Tana (Angelina Slavova), a young woman struggling to have a child in 2001. As Leslie Felperin has noted in her Variety review, these "three strands are only glancingly related", sharing settings and minor details, but achieving "a certain thematic harmony" by "subtle juxtapositions of the heroine's different fates." Boyd van Hoeij of European-films.net describes the film's narrative structure as "a very solid triptych in which [Andonova's] reflections on mother- and womanhood are aided by careful cross-pollination." I defer to their synopses.

The intergenerational continuity of these three women creates a textured feminine sensibility unique in Eastern European film. After the screening, I approached Milena Andonova to discuss the nature of the relationship between Dona, Lucretia and Tana. She clarified the relationship was inferred if not exact. They could be thought of as grandmother, mother and daughter, even though they weren't literally related in the film. Further, Andonova wanted to illustrate a quality of desire in modern women, how their longing for certain lives distracts them from fulfilling their lives. Their longing for lives they do not have is what connects these three women. Dona longs for a husband to safeguard the future of her three children. Lucretia longs for a court assignment in Sofia to avoid being assigned to the provinces and approaches pregnancy as a means to achieve same. Tana longs for a child even after discovering her husband's infertility. 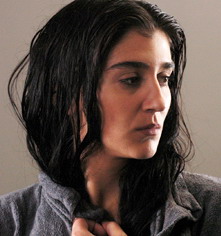 These resemblances of desire sourced in motherhood are the "careful cross-pollination" Boyd van Hoeij has noted. But Andonova employs other images to provide linkage and crossover between the three stories. Dona and Lucrecia share a dream of a young girl drowning in a pool. When I inquired about this, Andonova explained that it was not really a pool, but a spa. She joked that Sofia, Bulgaria, could actually be called Palm Springs because the region is rich in mineral waters and there is a long history of women communing at spas built upon these waters. Their shared dream informed us of two things: first, that at a certain moment in time, both women were in the same place; namely, this spa in Sofia. Dona was there with her daughters and Lucretia, as a young girl, was there with her mother. Secondly, the scene painfully delineated Lucretia's relationship with her mother who punishes Lucretia by forcing her to swim, even though Lucretia fears drowning. Andonova explained that this was also a clue to Lucretia's character; why in her adulthood she sought order and control and harbored an innate eschewal of motherhood.

The shared dream becomes a sophisticated cross-referential reflection on mother-daughter relationships. Lucretia's nightmare is based on her remembrance of how she was treated by her mother and Dona's nightmare was based on her witnessing Lucretia's treatment and projecting it onto her own daughter. The cross-referentiality is further tightened by Tana's later frequenting the spa upon advice of its miraculous powers to induce pregnancy. The film is purposely vague about Tana's actually becoming pregnant. Was it the miraculous waters? Or the indirect agency of a handsome young spa masseur? We're never quite told exactly how it happens but are shown its disastrous results. The scenes at the spa were very important for Andonova because water is where life is created and, in her mind, associated with womankind. 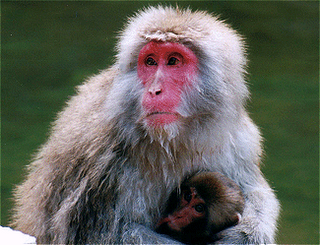 Another shared image between the three women is that of the monkeys in winter, which likewise serves as the film's underpinning metaphor and provides its title. As Marina observed in her earlier comments, a documentary about Japan's macaques (monikered "snow monkeys") is broadcast on both Lucretia's and Tana's televisions, even though neither seem to pay much attention. The macaques first fascinated me in Ron Fricke's Baraka, where they were shown warming themselves in hot springs while snow falls all around them. The tie-in with the women in the spa is obvious. These monkeys live in Jigokudani Yaen-koen—or "Hell's Valley"—in the snowy alps of Honshu above the steaming Yokoyu River. A natural treasure and winter spectacle, National Geographic's Jennifer Ackerman informs that "these monkeys are famous for their cultural transmission behavior (young monkeys learn from their elders novel kinds of behaviors, from grooming techniques to food preparation) and for living farther north than any other primate except humans."

Andonova's script for Monkeys In Winter is based upon three short stories by Maria Stankova, who likewise shares the screenwriting credit. Marina advised that, in an interview with Stankova, she said we all are like monkeys in the winter: desperately trying to survive, no matter the price! Marina also focused on the line of one of the characters who said humans are worse than monkeys—and more stupid—because monkeys, at least, take care of their children no matter what happens.

Andonova confirmed these sentiments when I asked her about the metaphor's meaning. Winter, she said, is not the season of monkeys and yet they manage to meet winter head-on and live their life. No matter if it is winter or not, these monkeys look after their small babies. By pitiable comparison, the three human women do not act similarly. It is Andonova's wish that humans be like monkeys in winter. No matter what the social or political situation, human beings—especially women—have to be responsible for their decisions and actions, no matter what the difficulties are.

Though the documentary of the monkeys in winter did not come up in the story of Dona, it was inferred by the final sequence of her sending her children away into a snow storm. At the end of her story she looks like a monkey in winter when she orders her children to go away and she turns to face her future, possibly prison, possibly continued prostitution.

Enforcing the analogy, at film's end Lucretia is shown walking deranged in the snow, looking for the child she has abandoned in a moment of poor judgment.

One final image that links the stories is that of the frog and its association with pregnancy and children. Dona's children are seen playing with a frog and then later, in Lucretia's sequence, the film contains a frog pregnancy test, which provides one of the "sparkly jet beads of black humor" that Variety's Leslie Felperin states relieves the pervasive gloom of Monkeys In Winter. Andonova told me that, when she was a child, the official way of testing for pregnancy—because it was the quickest way of finding out—was for a woman to provide a urine sample, which was then injected into a frog (usually provided by the woman as well). If the frog died, that meant the woman was pregnant. Felperin points out the comic instance of both Lucretia and Tana visiting the same sex clinic where they are both humiliated by a "robustly rude" receptionist. 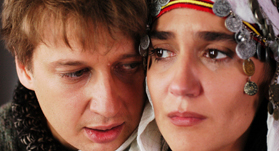 As Marina has further informed me—even generously providing video clips—Bonka Ilieva-Boni, who plays the gypsy Dona, is a famous popfolk singer in Bulgaria. Andonova was glad I found her stunning and said she spotted her through a photo in a magazine and pursued her for the role.

Photo of the Japanese macaque courtesy of Shizuko Mishima. Cross-posted at Twitch.
Posted by Michael Guillen at 1/17/2007 11:29:00 PM

Hey, Michael, what a wonderful coverage!

Thank you for your kind words and I'm truly glad you liked the film!

I still haven't finished reading your other interviews, but once again you awe with the ability to genuinely engage the other person in the conversation. It's always a pleasure to read them.

The interweaving of the three stories, or the "careful cross-pollination" as you cited, was one of the main features of the film that grabbed me. The more you watch, the more similarities you can find and at the same time - differences. The three women seem to complement each other, but never seperately pleased.

The notion of them being a grandmother, mother and daughter - nomatter how conditional - is also fascinating: their lives are an example of a failed tradition. The passing on of experience, knowledge and thus the shaping of character could be exceptional, if they had learned from each other. The motherhood in crisis, depicted in the film, suggests a crack in the tradition of generations. And that speaks of no bright future.

Marina, I'm glad you're pleased with this wonderful opportunity I had to, not only see the film, but speak with Milena. The whole time I kept thinking about you. I also saw one other Bulgarian film--Lady Zee--but haven't had the chance to write that one up yet. Someday.