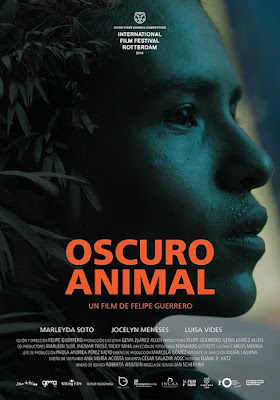 Committedly absent of dialogue, Felipe Guerrero's feature debut Oscuro Animal (2016) [IMDb] is nonetheless tremendously articulate at expressing the profound trauma of war on its victims, specifically Colombia's longstanding armed conflict and its horrific effect upon three women. Rocío (Marleyda Soto) returns home from washing clothes by the river only to discover her entire village has been disappeared by paramilitary forces. In one cruel abrupt moment, her life has been ruptured as she joins the ranks of the desplazados, the displaced ones uprooted from homes where they once belonged. The second La Mona (Jocelyn Meneses), little more than a young woman this side of girlhood braiding the tangled hair of her Barbies, is brutalized and held captive by a paramilitary commander. To escape, she is forced to extreme action. The third Nelsa (Luisa Vides Galiano), herself a soldier, is complicit with unimaginable atrocities. Forced to bury the dismembered bodies of executed farmers, Nelsa sets her sights on a measure of redemption. How they each maneuver away from life-threatening circumstances through a perilous jungle towards tentative freedom in Bogotá provides the narrative thrust of the film, which is harrowing and devastating. 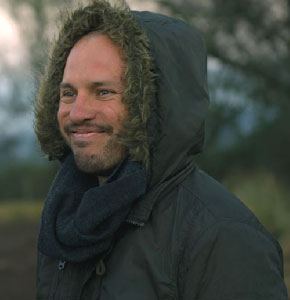 In his director's note at the film's official website, Guerrero explains that the film's title is a metaphor of a violence that relentlessly hounds these women wherever they go. "It is this sense of terror, coiled and ready to strike," he states, "that is felt as a bone-deep reverberation that accompanies the characters throughout their flight." Felipe Guerrero, already an accomplished editor on such films as Oscar Ruiz Navia's El Vuelco del Cangrejo (Crab Trap, 2009) and Jaime Osorio Marquez's El Páramo (The Squad, 2011), made his directing debut with the short documentary Paraíso (2006), which was awarded at FID Marseille. Oscuro Animal is his feature film debut. 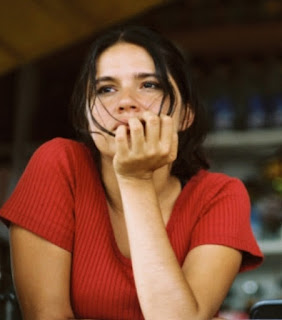 Of the three actresses (all competent in their muted portrayals; Meneses and Galiano in their first roles), I must single out the performance of Marleyda Soto as Rocío. Similar to how I perceive Magaly Solier to be the face of indigenous resistance, Soto claims the traumatized countenance of Colombia's desplazados. In César Augusto Acevedo's lauded debut feature La Tierra y la Sombra (Land and Shade, 2015) winner of the Caméra d'Or at Cannes, Soto plays the wife of a man dying from respiratory failure induced by sugar cane exploitation. Her performances are raw and strong and I look forward to seeing more of her talent in films to come. I regret that I was slow on the uptake and didn't seize the opportunity to talk to her at FICCI56.

Having saved a little girl from near death when the bus they are riding is attacked by a paramilitary squad, Rocío's natural impulse is to shelter the young girl, whose mother is killed in the attack. She bundles the little girl in her arms as they hitch a ride in the back of a truck and, while the girl sleeps, Rocío tugs at a weathered photograph that shows her happy with her husband and her two children. My heart leapt to my throat. Her loss was palpable and the grief cut like a knife. All relayed without a single word. 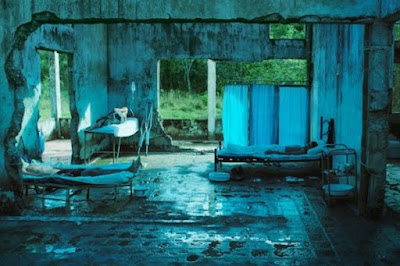 Again, Guerrero justifies the absence of dialogue as a purposeful cinematic device "to heighten this sense of being cornered, hemmed in by violence" and "a sense of angst that cuts off any communication the characters might have among themselves or with the rest of the world", in effect a "textual denial" that brings Fernando Lockett's cinematography and the central performances front and center as pure visual communication. "The absence of dialogue," Giovanna Hernández writes in her program capsule, "sharpens our attentiveness to ambient sound: the birds in the rainforest, the music on the radio and the fall of the raindrops that caress Nelsa's face once her life has grown more peaceful again." 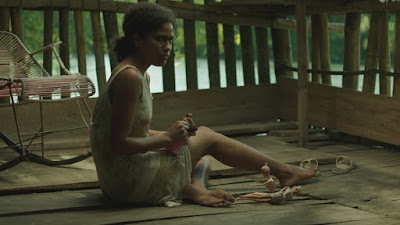 My understanding is that long-awaited peace accords to end the regime of paramilitary activity in Colombia's frontier regions were on the table even as FICCI was in the midst of its 56th edition. The mothers and daughters of Colombia, and their ravaged bodies, deserve nothing less than peace.

As reported by John Hopewell at Variety, Oscuro Animal followed its Ibero-American premiere at FICCI with an appearance at the 31st edition of the recently-held Guadalajara Film Festival where it won awards for Best Ibero-American Fiction Feature, director, cinematography and actress (in an ensemble tribute to all three female leads).