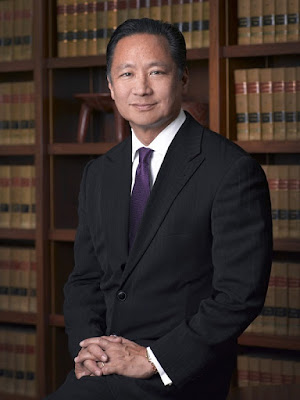 Although it no longer works out with my festival calendar to attend San Francisco's CAAMFest (formerly known as the San Francisco International Asian American Film Festival), it remains a community-based film festival close to my heart for being the first to grant me press credentials when I began covering film 10 years ago and the first to offer me the opportunity to write program capsules for subsequent editions. It was during their 2006 edition that I met Jeff Adachi, San Francisco's Public Defender, who was flexing his strengths as an activist filmmaker with his debut feature documentary The Slanted Screen: Asian Men In Film and Television (2006). This world premiere offered my first opportunity to review and interview Adachi for The Evening Class, with subsequent dispatches on the fascinating panel discussion coordinated for the festival, and my own personal reminisces of the ethnic masquerades foisted upon me early in my theatrical career.

Adachi followed up The Slanted Screen three years later with You Don't Know Jack: The Jack Soo Story (2009), which afforded our second opportunity to converse.

Since then, Adachi has had his hands full negotiating justice in race-related crimes in San Francisco, either directly or indirectly attentive (as with the highly-publicized murders of Alex Nieto and Mario Woods). His Facebook postings remain one of my main resources for information on the controversial issues of ethnic minorities and their ongoing resistance against institutionalized racism in police departments across the country, and within the criminal justice system. 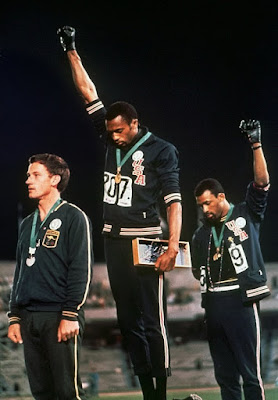 Tackling these contemporary concerns square on, Adachi contextualizes them within an eight-minute short Racial Facial (2016) , which premiered March 12, 2016 at CAAMFest. Commencing with a flashing warning—"The images in this film may make you think differently"—Jeff Adachi's Racial Facial proceeds to visually document the history of racism in the United States and ongoing efforts to end it, frequently utilizing a powerful stroboscopic effect, as if the thought of such rampant institutionalized racism is reluctant to register in the brain, stuttering, yet struggling towards articulation. One must invest hope in articulation, trusting clarity and accuracy to redress ignorance and hatred.

With commanding concision, Racial Facial abbreviates a tortured history to its key visual signifiers, provocatively conflating the raised fist salute of Black Olympic champions with the Statue of Liberty's raised torch-bearing arm and historical illustrations of slaves being transported on boats with photos of incarcerated prisoners in their bunks. Drawing from media resources such as news clippings, early cartoons, and the TV miniseries Roots, Adachi connects the economic underpinnings of how 450,000 Africans were forced into U.S. slavery with the even more distressing demographic of how over 1,000,000 Black Americans are currently incarcerated in the U.S. via a prisons-for-profit incentive; slavery in different guises for the same profit. 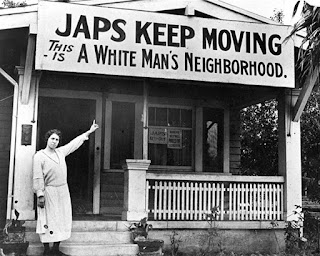 Phrasing solidarity, Adachi likewise features conditions for Chinese Americans (slaves to the building of America's railroads), Japanese Americans (interned during World War II, alarmingly aligned with Donald Trump's campaign promises to oust Muslim Americans), Native Americans (slaughtered by the millions, robbed of ancestral lands, and shamelessly acculturated), and Mexican Americans (whose territories were appropriated and whose labor has been the backbone of America's produce belt, only to be hatefully maligned by Trump's campaign speeches).

The failures of the criminal justice system prevail, evident in a demoralizing continuity of overlooked mob lynchings to the recent verdict by a predominantly white suburban jury that absolved San Franciscan police officers of wrongdoing in the murder of Alex Nieto. As a visual assessment, Racial Facial is a commanding work of assemble editing, driven forward by an original score by DJ Smash. As synopsized by Adachi at the film's Indiegogo campaign: "The film aims not to place blame, but to identify the causes of ignorance and individual and institutional racism, and then provide a degree of self-realization in the viewer that sparks new solutions."