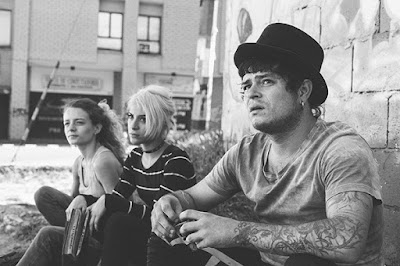 Juan Sebastián Mesa holds a degree in Audiovisual and Multimedia Communication from the University of Antioquia (Medellin). His short film Kalashnikov (2013) served as his graduation project. He is a part of Monociclo Cine, who produced Los Nadie.

Fleas dream of buying themselves a dog, and nobodies dream of escaping poverty: that one magical day good luck will suddenly rain down on them—will rain down in buckets. But good luck doesn't rain down yesterday, today, tomorrow, or ever. Good luck doesn't even fall in a fine drizzle, no matter how hard the nobodies summon it, even if their left hand is tickling, or if they begin the new day with their right foot, or start the new year with a change of brooms.

The nobodies: nobody's children, owners of nothing. The nobodies: the no ones, the nobodied, running like rabbits, dying through life, screwed every which way. 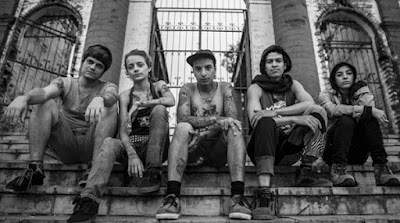 With the extradition of military chiefs in 2010, Medellin became an increasingly violent city and no one, including Mesa, wanted to stay. He and a couple of friends suspended college to leave the country to travel around South America. En route to Machu Piccu, they met a nomadic group of young Colombian jugglers. Mesa was impressed with how they were able to get along without depending too much on the system. They were never out of it, of course, because that would have been impossible; but, they maintained a certain degree of autonomy, which he admired. They didn't really belong anywhere, and didn't have any specific date they needed to return to Colombia.

Mesa befriended one of the jugglers who encouraged him to write a script for a short film about someone who wants to leave the city, but where the issue is not the city and what happens in it, but the shared aspirations of those who inhabit it. In 2014, this script was selected for a grant by Colombia's Film Development Fund and Mesa elected to expand Los Nadie into a full feature. 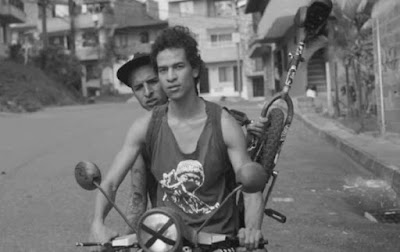 What Mesa has created is an ambling black and white portrait of a disaffected group of punk youngsters in Medellin; a city with a huge punk subculture listening to Punk Medallo. Camilo, Mechas, Manu, Ana and Pipa represent a generation attracted to but excluded from the city. As promising as the city appears, it is equally hostile and rejects them. Their non-conforming roustabout ways serve as a creative defense against circumstances they can do nothing about; yet, their punkish lifestyle is at the same time a protest and, in effect, a renewed discourse addressing and resisting the cultural limitations of their time. Through music, street art and friendship they define themselves, inspire each other, and seek out a way to become themselves even under curfew, and even as startling gunshots in the distance momentarily unnerve them.

In its best sequences Los Nadie reminded me of Altmanesque dialogues with everyone talking at once, as in real life, with a charming sense of what individual personalities bring and contribute to the group as a whole. Its story is attractive for being simple, raw, and absorbing. I anticipate its ensemble of young actors will begin appearing in films coming out of the revitalized Colombian film industry. It serves as well as an emboldened example to other young filmmakers that billions of pesos are not necessary to make a film. "It is better to have friends than silver," Mesa asserts. 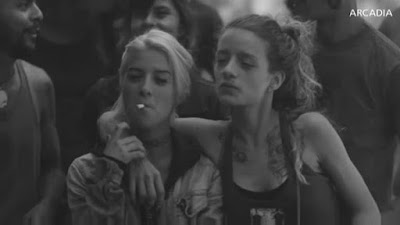 As Giovanna Hernández contextualizes in her program capsule: "The Nobodies is deeply rooted in the tradition of Colombian cinema about youth, from Pepos to Rodrigo D: No Future [1990], or from Apocalipsur [2005] to Los Hongos [2014], but behind this continuity lies a new gesture, firm and assured, and an obstinate vision of the future."

My thanks to Manuela Saldarriaga H. whose article for El Espectador provided the background information for this review.
Posted by Michael Guillen at 3/14/2016 06:39:00 PM