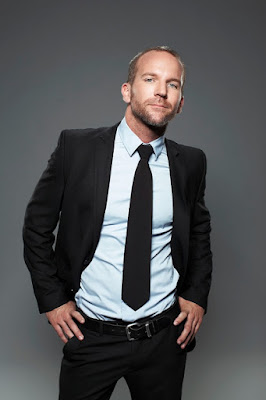 Explaining that he knew what he was experiencing in the Amazon was amazing, Davis was nonetheless blown away by seeing the finished film for the first time at Cannes. "It literally took my soul out," he enthused. Nine languages are represented in the film, including English.

Asked how he became involved in the production, Davis answered that he had shot a film called Avenged (2013) in the Mojave Desert. Jason Gurvitz, a producer on Avenged, was contacted by David Corredor, the production manager of Embrace of the Serpent, who asked him to name some actors he'd worked with who he enjoyed working with and who he felt could handle the experience of shooting Embrace of the Serpent in the Amazon. Davis was among his recommendations and he had the good fortune as well of looking like Schultes. All the magical pieces fit together for him to get the role.

He was in Colombia for two months shooting the film, which was shot in seven weeks; a testament to the passion and commitment of the crew, Ciro Guerra's phenomenal directing talent, and the willingness of the Amazon to have them shooting there. "We had to be blessed," Davis explained. "We had a shaman who blessed and accepted us. He prayed and chanted for 24 hours and, fortunately, the Amazon said okay; but, on one stipulation: we had to let Mother Nature be the boss. So we did."

Davis joined the shoot two weeks in, overlapping with his co-star Jan Bijvoet (who played Theo, the film's characterization of German ethnologist and explorer Theodor Koch-Grünberg). He spent the first two weeks learning the Huitoto language. All his previous research on Shultes had been admittedly intellectual. Mainly he'd read One River, a phenomenal book by anthropologist Wade Davis, and a couple of others, trying to imagine what it would be like to explore the Amazon and what had driven Schultes to be so passionate about—not only the people—but their languages. Brionne Davis couldn't wrap his head around that passion and knew he wouldn't understand it until he was in the Amazon himself. Once he arrived, he became an observer. For 10 hours a day he worked at vocalizing and memorizing the language, because the written Huitoto in the script made no sense to him. 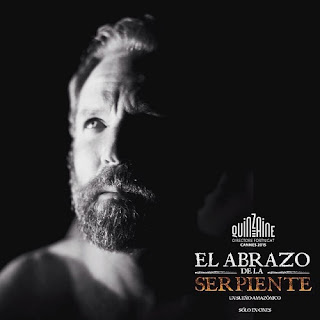 The adaptation of the diaries of both explorers was fairly close, given that they were the seed planted to tell the story. Theodor Koch-Grünberg's diaries were written in the late 1800s-early 1900s. Little of this actually made it back to the world and the little that did was what Schultes followed. Richard Evans Schultes' diaries were written in the early 1940s. Schultes, in fact, remained in the Amazon for 19 years, during which time he discovered more than 30,000 plants. He is the individual almost solely responsible for bringing this information back to the States and alerting the world to the ecological threat to the Amazonian region. The film embellished on their diaries, of course. The mythic plant yakruna, for example, was a metaphor for all the plants of the Amazon. There were a lot of elaborations, but they were all based on truth. All the madness of the Catholic indoctrination of the indigenous people happened, and worse, and was in effect another Holocaust.

All the actors were indigenous. The extras for the smaller roles were found in the villages. Antonio Bolivar (the elder Karamakate, Evan's traveling companion) and Nilbio Torres (the younger Karamakate) were both indigenous. Antonio, in fact, is one of the last surviving members of his tribe and their language is spoken by very few. Nilbio is a farmer. He was discovered because when they went into the villages and relayed the story of the film. He said adamantly, "I want to play this role." Looking at him and noting his passion, they realized it made perfect sense.

Scenes on the rapids in the Amazon appeared treacherous and Davis admitted some trick photography was used. They were in the rapids, yes, but they looked more dangerous than they actually were, and the crew canoeing were experts at it; they do it all the time. 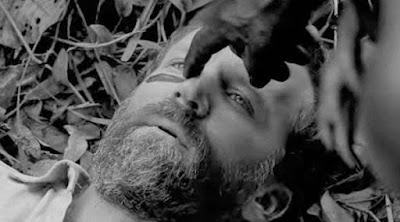 My question engaged one of the film's most fantastic scenes: the vision of the jaguar killing the snake. Once he'd seen the film at Cannes, what did that scene mean for him? When you use archetypes in storytelling, Davis answered, it helps ground it in something deeper and reminds us what animals can tell us. He saw that scene as a warning that we all need to heed. It was written that the jaguar was running through the jungle and attacked the snake. It was violent. He's still sitting with that particular scene and still processing many of the sensations he experienced there.

In his first week in the Amazon a huge moth flew around him and landed on his shoulder. It then flew down and clung to his foot as he was walking along the river. He knew shamans felt that the presence of a moth or a butterfly signifies transformation and change. He realized his fears: that he would be kidnapped, that he would fall in the river, or that he would never make it back home. Yet alongside those fears was his awareness that he was open to and going to have one of the most amazing experiences of his life. It ended up being the latter. He realized he was about to go on a journey that—if he were open to it—would change his life and his perspective, much like his character Evan was going through something similar. 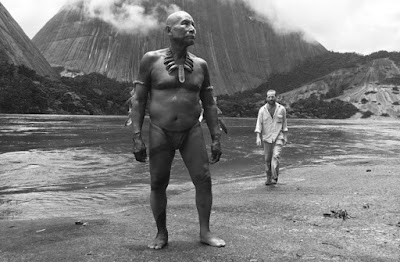 The only CGI in the film Davis is aware of is when Karakamate is sitting on the rock with all the butterflies fluttering around him. When they were shooting the B-rolls at their last location, they got to it just as it was about to rain. A group of butterflies were on the shore feeding on minerals. Ciro cleared the set and directed him to walk to the butterflies and let them fly around him. When they did so, Davis said it felt like there were thousands of them. That was not intended to be the last scene of the film—another scene had been written—so when he watched it at Cannes, he wasn't expecting it to be the final scene. It moved him incredibly and he lost it at the screening. He realized he and his character had gone through the same metamorphosis and that you cannot be in the Amazon without being connected to it in personal, meaningful ways. As a young boy in the Boy Scouts, he taught canoeing and rolling boats in the Ozark Mountains. In retrospect, he could see that everything he'd ever done in his life had led him to his transforming experience in the Amazon.

And then he had a singularly gifted experience. After two weeks, he was still trying to discover the character of Evan and working with Guerra to combine qualities in his own personality with those of Evan's. They hoped to ground his performance in similarities. On his second night of shooting, he returned to their lodge and was lying down on his bed. He felt grateful and appreciative for being there. He fell asleep and woke to the sound of a murmured chanting. When he opened his eyes, above him he saw an amber-toned figure moving over him. The figure chanted until he realized Davis was awake, who then backed up against the wall. The figure faced and looked at him then slowly moved to the foot of the bed, glancing back at him with something of a smile. He moved out of the room into the darkness. Davis followed, but he was gone. He turned on the light, looked under the bed, and freaked out just a bit. He had never seen a ghost before and had never really believed in them. He crawled back into his bed a little bit afraid because he didn't know what that encounter meant. A feeling of blessedness washed over him. A feeling that he had been welcomed.

The next morning when he relayed his experience, Guerra simply shook his head and said, "I have so much to say about that but I can't say anything until we finish shooting." When he told Antonio, he said, "Yeah, well, welcome to the jungle." "I was blessed," Davis confirmed. "I was meant to be there for every reason imaginable. This film is my philosophy on life and how in the world did I have this philosophy for 15 years of my life before walking into the jungle and being able to be a part of this story? If we listen and we serve our own purpose, if we listen to the Earth, then we'll get to do what we're supposed to do."
Posted by Michael Guillen at 2/29/2016 10:42:00 PM