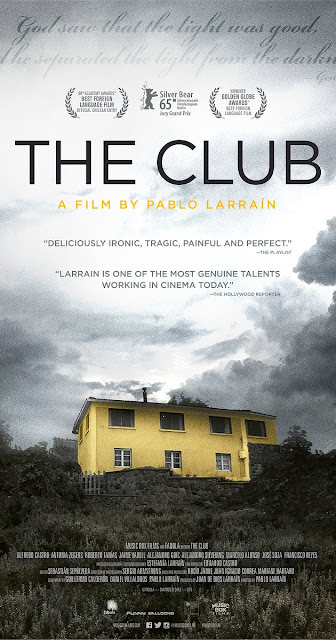 Where Tom McCarthy's Spotlight (2015) chronicles the Boston Globe's investigation of the sexual abuse of children among the Boston diocese, Pablo Larraín's The Club (El Club, 2015) underscores Spotlight's controversial thesis that the cover-up of sexual abuse in the Catholic Church is systemic and institutionalized. It accomplishes this by focusing on a Chilean chronicle of similar events; but, where Spotlight endeavors to make investigative journalism cinematic and suspenseful, The Club adopts a darker allegorical tone that dalliances disturbingly with acerbic irony. It takes as its narrative template one of the first acts of scripture: "God saw that the light was good, and he separated the light from the darkness."—Genesis 1:4. That separation is observed achingly and with no shortage of compassion as The Club's narrative slowly unfolds.

The Club won the Silver Bear at the 2015 Berlin International Film Festival, where David Hudson rounded up the reviews for Fandor's Keyframe Daily. The Club was the Chilean entry for Best Foreign Language Film at the 88th Academy Awards®. It screened in the Bay Area at the Mill Valley Film Festival and has opened theatrically at Landmark's Opera Plaza in San Francisco and Berkeley's Shattuck Cinemas. 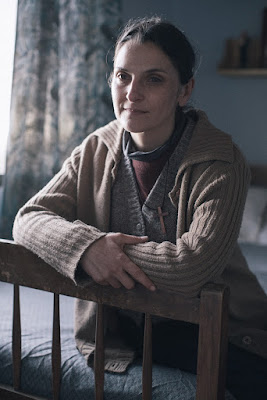 The film introduces a handful of priests and their caretaker living out quotidian lives in a shelter for prayer and penance in the small seaside village of La Boca ("The Mouth"), Chile. With waves crashing in the distance, they come and go from a yellow house, tend a small vegetable garden, share meals, and on the beach train their greyhound Rayo to race. By placing bets on Rayo, the priests secure a little money for themselves. They justify their local gambling by citing the greyhound as the only dog mentioned in the Bible. Otherwise complicit, Sister Mónica (Antonia Zegers) administers the household rules and restrictions. She is, in effect, a glorified jailkeeper seeking glory through service, just as the priests are revealed to be serving out sentences of sort.

Enter Father Lozcano (José Soza), a troubled taciturn man in whose wake follows Sandokan (Roberto Farías), a former altar boy who accuses Father Lozcano—in strikingly poetic language, I must mention, shouted loud on the street in front of the shelter—of having molested him over the years. Sandokan is a burly bearded fellow with a dangling cross earring who struggles to lead a normal life he disconsolately insists the Church has denied him. The encounter between he and Father Lozcano does not go well and Father García (Marcelo Alonso)—a somewhat allegorized chracterization of the "New Church"—is sent in to investigate those at the shelter (which he refuses to categorize as a "retreat" or—as the film's title suggests—a "club"). 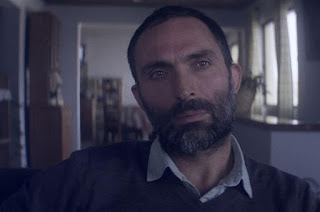 Under the thinly-veiled pretense of bureaucratic process, Father García has come to shut the house down and send the priests packing, but first he seeks to obtain confessions from each priest. He wants them to acknowledge culpability of the crimes they have committed, whether child molestation, child trafficking, or complicity with the torturous Pinochet regime, and he wants them to admit the lies they have told themselves, let alone others and, above all, he wants them to fully commit to penance. In face-to-face confrontational interviews, Father García forces sleepy seaside La Boca to become a village where the mouth finally speaks, revoking the protection of silence. Father García is committed to ending the priests' isolated life of comfort made easy by denial and administers long overdue justice with unerring and righteous exactitude.

The film's score by Carlos Cabezas leans towards the liturgical and desultory, with solemn brooding cellos that meld atmospherically with Sergio Armstrong's muted cinematography, as if filtered through overcast skies and sea haze. Both serve a complex and aware script by Larraín, Guillermo Calderón, and Daniel Villalobos that addresses not only the improprieties of clergy, but underlying issues of class inequity and racial inequality. 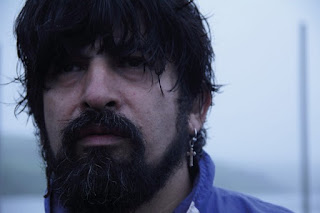 The Club's provocative script is balanced by mature performances that respect the difficult subject matter, and that—as an ensemble—draw in rather than project out, especially Roberto Farías as Sandokan, the traumatized and tortured lamb of faith. He grounds the evident effect of a perverse childhood indoctrination in adult body language, ever furtive, spiritually lost and confused, and yet shrewd at turning disadvantage into opportunity.

As Father García, Marcelo Alonso personifies the new face of the Catholic Church (with his penetrating analytic countenance) seeking to fix a centuries-old problem. His most articulate adversary is Father Vidal, played by Alfredo Castro (the lead in Larraín's Tony Manero, 2008) who distressingly expresses the potential arrogance of homoerotic self-justification. As with all lost and abject individuals, Father Vidal suffers the countenance of evil, which reveals itself to others as a dark radiance; the sheen of sin. His arguments with Father García demarcate the separation of light and dark and equally demonstrate how each inextricably tempts the other. That struggle for occupation of the soul is the central housing crisis of this story, one might say. 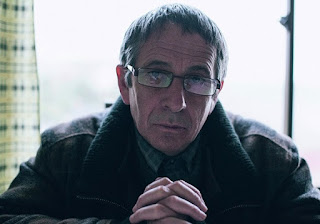 Among the priests, it's Father Vidal who is most invested in the greyhound Rayo. He's the one who finds Rayo abandoned, saves him, and trains him towards championship. Father Vidal believes his interaction with Rayo somehow humanizes the dog, which leads Father García to question whether, inversely, Rayo animalizes Father Vidal? Clearly, Rayo as an abandoned dog stands in for Father Vidal as an abandoned priest who the Church seeks to scapegoat, and also for Sandokan as the abandoned victim of religious and sexual abuse. The human / animal dyad adds layered weight to the already existing demarcations of light and darkness, good and evil, heterosexual and homosexual.

It's precisely at these hinged dyads that The Club profoundly articulates the cathexis—the concentration of libido or emotional energy on a single object or idea—instigated by priestly sexual abuse. It shows how the irresponsible use of spiritual language for sexual gain can rewire the literate purpose of the sacred and profanely transform the sacrament of transubstantiation into a pornographic act, often with irremediable consequences, as proven by Sandokan's emotional and psychological damage.

Seeking to avoid insult to his beloved Church through a public, mediated scandal, Father García first attempts to reason with Sandokan, offering him shelter with a family elsewhere, and then offering to pray with him. It is during their prayer that the shadow of Sandokan's cathexis casts long on Father García's intent. When, in full confidence, Sandokan then offers to bring Father García children to penetrate who are younger than he is, a horrified Father García finds himself face to face with an impenetrable darkness he must set apart from light. It's then that he manipulates a chain of events to accomplish the justice and retribution this complicated scenario requires.

The triple parallel between the death of the dogs in the film's final sequences, and the dual beatings of Sandokan and Father Vidal, all serve to further synchronize each within a complex scripting of layered admonitions, in which animality is firmly aligned with avarice and sexuality, and humanity with vows of poverty and chastity. The film's final punishment is swift, fierce, and calculated.