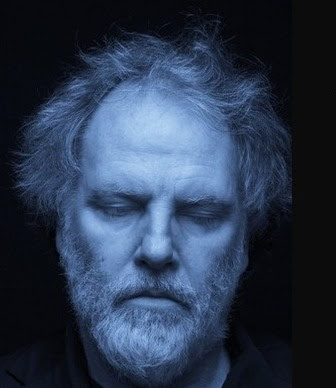 To help celebrate their first year in their new venue, Pacific Film Archive (PFA) programmers Susan Oxtoby and Kathy Geritz have devised a year-long series "Cinema Mon Amour", in which invited guests share and discuss favorite films. In their opening week, PFA launched the series by inviting individuals who have been important to the institution, including Barbro Osher, Tom Luddy, Sheldon Renan, Edith Kramer and Lynda Myles. Their selection of films was followed by three days of films programmed by Guy Maddin.

As described by Oxtoby: "Maddin's aesthetic has long been one that mines and reinterprets the stylistics of earlier periods such as Soviet Modernism and German Expressionism or film genre conventions such as melodrama, documentary, or the dance film.... Over the years, he has also been a great advocate for and friend of film archives, where he often does research, trolling for rare and unusual treasures. An essayist, teacher, and diehard cineaste, Maddin's enthusiasm for cinematic expression is infectious."

Maddin's recent participation with PFA's "Cinema Mon Amour" series likewise commemorated my own involvement with the Archive, which began in April 2003 when I caught my first film there in conjunction with the 46th edition of the San Francisco International Film Festival; notably, Maddin's Dracula: Pages From A Virgin's Diary (2002). It was a genuine pleasure to revisit 15 years later not only that film but a few others in Maddin's ouevre and to ask him a few questions during each respective Q&A session, cobbled together here in the spirit of imaginal conversation. 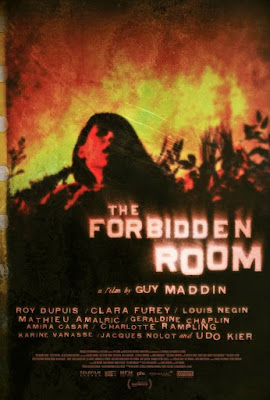 Michael Guillén: One of the things I love about your movies, Guy, is their strangeness, which comes sensually applied in your films. One specific example would be the singer in the club in The Forbidden Room (2015) whose face has been scratched out. It inspires a bewildered emotion in me as an audience member. Can you speak to your creative decision to present the crooner that way?

Guy Maddin: That's a song sung by the L.A. pop group Sparks. They were favorites of mine when I was 18 back in 1974—I'm just turning 60 in a few weeks—but, I needed a song there. I had this movie that I'd shot, a lost film with the rather awkward title Fist Of A Cripple. I felt that in the movie's first act—there are three acts, believe it or not, in The Forbidden Room—that it needed some kind of musical number. We had already shot it as a straight drama but it ended up coming out more like a pop video.

I needed a song so I asked my friends Ron and Russell Mael, the Sparks team. I didn't have the money to fly to L.A. to shoot Russell singing so I just shot a friend of mine singing, but he didn't really memorize the words properly. I try to never think of a problem for more than a few seconds and I said, "Ah, we'll blob his face or something and we'll call him Blobulo." I had him do one more take and introduce himself—"Hello there, Ladies and Gentleman, my name is Blobulo"—but then I decided that joke was stupid. So then I acoustically blobbed his name Blobulo and ran it backwards. So both his face and his name are blobbed because we could and because, I guess, I didn't think we had enough sloppy accidents yet in the movie. So I just did it. Also, I knew it would be or hoped it would be inexplicable, yet here I am explaining it away. I also thought it was time for a long scrolling Spanish intertitle. It was just time. 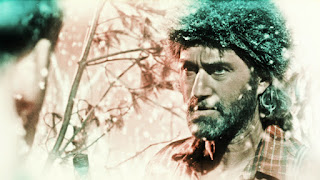 Guillén: In several of your films, Guy, you brilliantly and respectfully use homoeroticism as a comic device. Can you speak to that?

Maddin: That's interesting; no one's ever asked me about that. It's been a presence, for sure, from the beginning. I've never really talked about my own sexuality, ever, especially early on. When I started making movies, I started using vocabulary units that I had picked up on the roadside of film history that—in the industrial haste of the industry—were abandoned. There was a lot of codified behavior and desires that were attached to these vocabulary units. If you put the bigger chunks of them up into your movie, suddenly you're sending secret messages to a queer subculture, circa 1935 or something like that. I quickly realized what I was doing with that and with other coded behaviors and I really liked it, regardless of whatever my own tastes run to. It felt mischievous.

I had my first cultish following in the late '80s in the dying days of that great wave of rep houses that used to be open where old movie queens loved to stick around afterwards. We'd hang out and talk old movies and stuff. But that's only one of the reasons, the accidental vocabulary inclusion, or just the loving vocabulary inclusion. I guess all along without really thinking it through, I felt these sexual signals all belonged together in the same world somehow. I've always believed it. I've never had to put it into words before. But it was fun sending signals out. I'm glad you used the word respectful. I hoped so; but, sometimes it felt mischievous too, because any time you put a secret code it feels mischievous. But it was always a code that everyone could recognize from older movies.

Also, growing up in my mother's Winnepeg hair salon influenced me enormously, I guess. I still feel I'm covered in hairspray and tiny hairs. The editing rhythms of a nape being trimmed are in my blood. This ties into the queer coding because I was crawling around on the floor beneath the burlap hosiery on the legs of women underneath a row of hair dryers roaring away at all times. Whatever stirrings were going on in me seemed to be defined out of the twin worlds of beauty salons and hockey rink changing rooms that I found myself in a lot. They made their way into all the films in one way or the other. 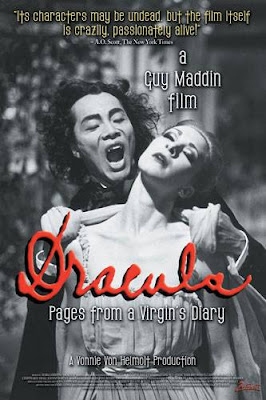 Guillén: Regarding Dracula: Pages From A Virgin's Diary (2002), two quick comments and a question. I'm not sure if you're aware but today (February 14, 2016) marks the 85th anniversary of the first exhibition of Tod Browning's Dracula.

Maddin: I don't know if I've ever had much hope of bringing up emotion in my audiences. It would be nice. I had thought maybe with My Winnepeg (2007) I had done a little bit, but then I realized it was me being emotional. Or that the music got sappy in places. 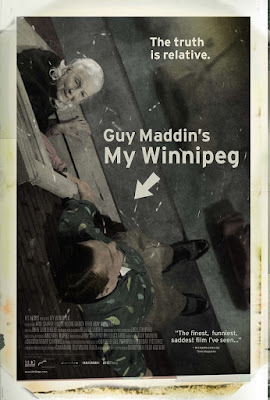 I'm at a strange place in my family. I'm the youngest of four children and a real afterthought born years and years after. My parents were tired out by the time I was born. They brought me home, apparently the same day as the television. They put us on the floor facing each other and left us alone. In those early days of 1956, television only started broadcasting in the afternoons and evenings so I had whole mornings and afternoons to myself. Even later when I learned to read—and I really didn't like reading—I liked looking at picture books and photo albums of my family and my siblings. I could recognize them, their younger versions, all of them seemingly happy and full of energy. I didn't recognize the energy and the happiness. They were packed into station wagons and went on trips all over the continent. They seemed to be happier because I wasn't around. Or there just seemed to be more emotion had. I guess everyone was getting their act together for the camera, in other words. But it denotes a mythology for me that might have been better or idealized. I, at least, mythologized my own family's past and I spent a lot of time looking backwards as well as just around myself having snacks and naps.

When I started making films I didn't really know how to light properly so I started unplugging lights in a desperate hope to create atmosphere. I accidentally chanced upon a German expressionist shadow strategy to conceal the fact that I didn't have sets or props. I started adding in sound effects instead of building a set. Hand-in-hand, I started to quickly develop or default to a film style reminiscent of—but without being a perfect imitation of—the past. Eventually, taking it to its logical extreme, The Forbidden Room made in 2015 is, in places, as distressed as Bill Morrison's Light Is Calling. What I was trying to say was about the fragility of film and the art form, the fragility of our presence in the present, and the fragility of the past as it is remembered. All those things always enriched things for me. It's almost like music and photographs took on an extra quality just by dint of being old and—now that I'm old enough to have music that was once new in my life—it's now not just nostalgia; it's genuinely old, and aged in a new way. 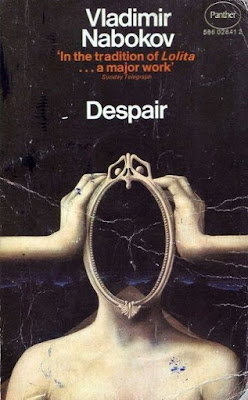 It reminds me of the Vladimir Nobokov novel Despair where a guy is so vain that he likes looking at himself all the time. He gets more excited looking at himself than his lover. He perfects a way of arousing himself sexually by pulling himself out of his own body while having sex so that he can watch himself having sex. The farther away he can get, the better, but his bedroom is only so big so he puts a mirror on his bedroom door. When he opens his door at a 45º angle, he can go down the hallway and get a little farther away to watch himself with his partner. That, to him, is the most sublime sex act. I think that's what I'm doing, really, with these old fake movies. They seem more pleasurable to me.