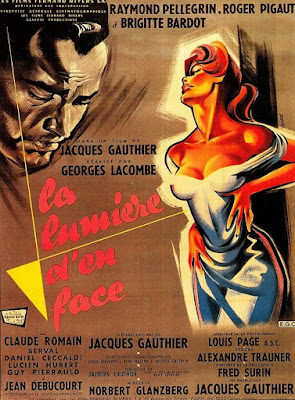 As with the first edition of "The French Had A Name For It", curators Donald Malcolm and Elliot Lavine start off their second round of rarely seen French noirs with a youthful Brigitte Bardot in Georges Lacombe's La Lumiere d'en Face (1955), distributed in the U.S. under the saucier title Female and the Flesh (1955), then as Light Across the Street (1957). A veteran filmmaker, Lacombe had been making films since the late '20s but Bardot had only been acting for three years in a string of routine comedies, though having already gained media attention with her appearance at the 1953 Cannes Film Festival.

As Malcolm observes in his program note, Lacombe avoided sensationalizing Bardot's sexiness (offering only a brief glimpse of her bare breasts), but as "Dr. Macro" has suggested in his review, "it's actually Georges Lacombe who revealed Brigitte Bardot's sensuality and intense erotic potential. Bardot brought a new form of eroticism, with her spontaneity, her absence of hypocrisy and she managed to stay very natural because of Lacombe's excellent direction." A year later, of course, she became an international sex symbol when then-husband Roger Vadim cast her across Jean-Louis Trintignant in Et Dieu… créa la femme (And God Created Woman, 1957). But it wasn't until En cas de malheur (1958) and La Vérité (1960)—which both screened at the first edition of "The French Had A Name For It"—that Bardot was allowed roles that displayed her serious acting skills. 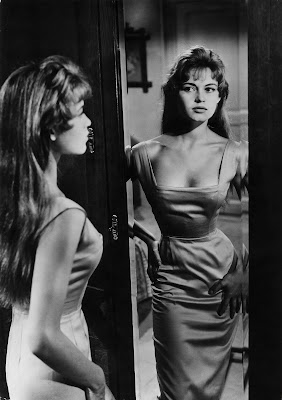 True to the festival's thematic through-line of "Lovers and Other Strangers", La Lumiere d'en Face concerns itself with a truck driver (Raymond Pellegrin) who has his sights set on the voluptuous but virginal Bardot. Eager to see her, he drives his truck too fast, sets the wheels on fire, and crashes, killing his best friend. Traumatized by the accident, Pellegrin's recovery is compromised by hypertension and psychological obsession. His doctors recommend he avoid all stress and live as quiet a life as possible, cautioning that even sexual activity might cause a relapse. So—because every noir needs a chump—what does he do? He marries Bardot believing they can be husband and wife without conjugality, buys an isolated truck stop diner that sits across the highway from a gas station, and sets himself up as a cook while Bardot waits tables. The diner, mockingly named Ala Bonne Etoile, is actually a disaster ("bad star") waiting to happen. 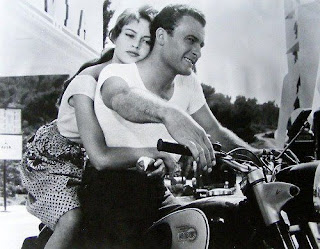 Reminiscent of the grease monkey vibe in The Postman Always Rings Twice or, for that matter, last year's entry Retour de manivelle, Pellegrin is—as Malcolm describes him—"touching and disturbing as the husband powerless to stop his own deadly response to the course of human nature." That "course" being Piétri, the mechanic across the street who—true to his name—is a rock of virility. Piétri (Roger Pigaut) is everything Bardot has been missing in her unconsummated marriage. He certainly looks better in his wife-beater than Pellegrin. As construction on the highway brings traffic to a halt, the threesome have nothing but time to lean into the inevitable, including a sermonizing epilogue that deflects the film's final punch. But up until then it's a sensual slow burn with a lively, varied score by Norbert Glanzberg (who later contributed to Gaspar Noé's Irreversible (2002). Bardot is a sheer pleasure to watch napping in the grass and cleaning her feet in the kitchen sink. 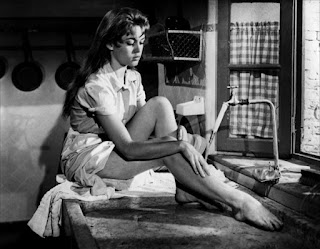 La Lumiere d'en Face screens at the Roxie on Friday, November 6, at 6:00PM and 10:15PM, on an opening night double-bill with La Verité Sur Bébé Donge (The Truth About Our Marriage, 1952), based on a novel by Georges Simenon, directed by Henri Decoin, and starring granite-faced Jean Gabin and the incandescent Danielle Darrieux; a film that proves when the marriage is weak, the tea must be strong.
Posted by Michael Guillen at 11/04/2015 09:50:00 PM